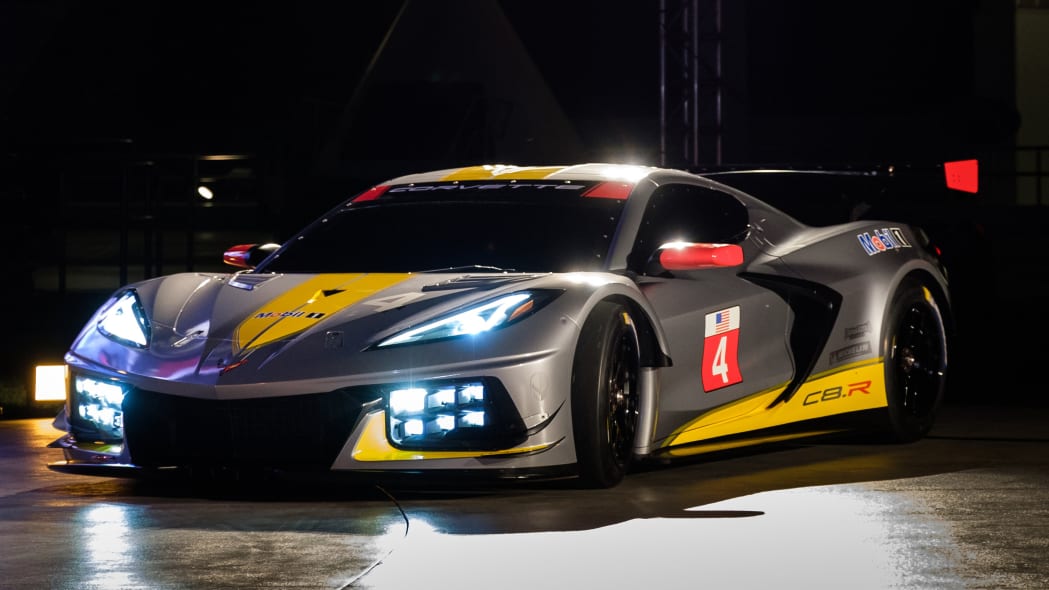 KENNEDY SPACE CENTER, Fla. — In addition to the 2020 Chevy Corvette convertible, Chevy brought out the C8.R race car undisguised for the first time. As one would expect from a race car, it has splitters and wings protruding from every extremity. It's noticeably wider than the road car, its fenders stretching to cover the wide racing tires. It has additional vents on the back sides of the fenders. An interesting detail is the inclusion of extra lighting in the front outboard vents.

Unfortunately, Chevy didn't reveal any details about the powertrain or chassis, saving that for a later date. But we do know it is mid-engined and it has a V8. Chevy fired up the car at the reveal, and besides being loud, it revs extraordinarily fast, and has a somewhat high-pitched note. We're interested to see what changes have been made for race duty.

The C8.R will make its racing debut at the Rolex 24 at Daytona this coming January. It will compete in the GTLM class. Two cars will compete, including the silver car pictured, here. The other will have an inverse livery with silver stripes over yellow.