A rare pickup version of the Volkswagen Rabbit Diesel, spotted in a Denver car graveyard 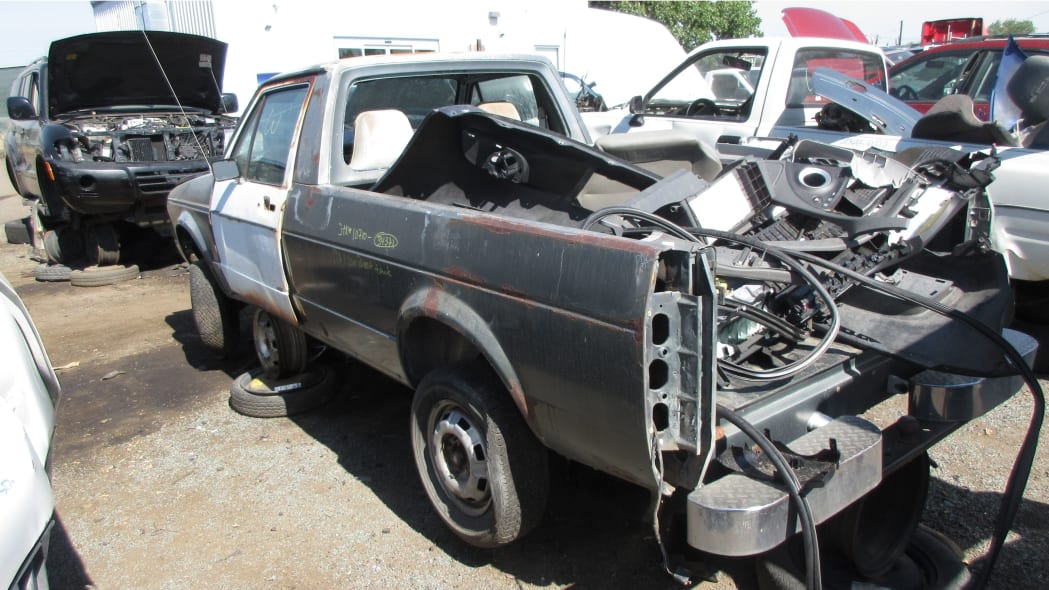 The pickup version of the Mk1 Volkswagen Rabbit (known outside of North America as the Volkswagen Golf Caddy) rolled off the assembly lines of the Westmoreland, Pennsylvania VW plant from the 1979 through 1984 model years, and even had some front-wheel-drive econo-truck competition from the Dodge Rampage/Plymouth Scamp. Mk1 Rabbits of any sort have become junkyard rarities for me in recent years, especially the diesel cars, so this mightily-picked-over '81 was worth photographing despite the giant hunks of its flesh torn out by ravenous wrecking-yard vultures. 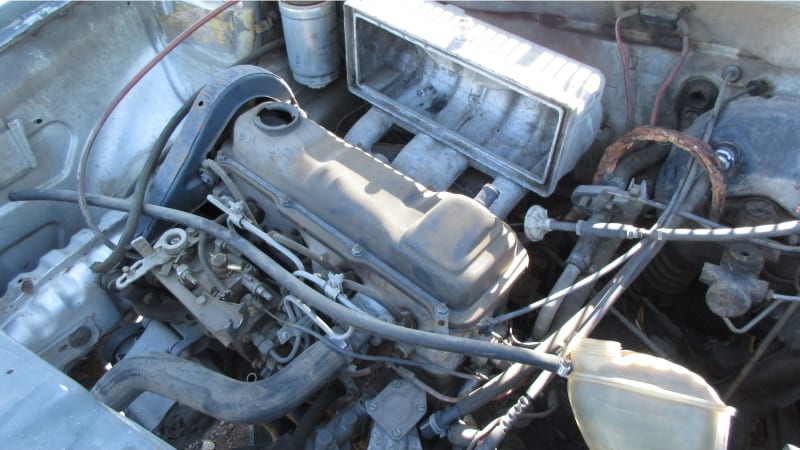 I took my driver's-ed training in 1982, in a dual-brake-pedal-equipped automatic 1979 Rabbit Diesel, and it remains the most terrifyingly underpowered post-WW2 car I have ever driven (not counting, say, V8 cars with five bad cylinders and so forth). That car had a hilarious 48 horsepower, but VWoA jacked up the power output of this engine to a slightly-less-miserable 52 horses for the 1981 model year. Still, diesel torque and fuel economy made sense in a small truck, particularly with the gas lines of 1979 still fresh in North Americans' minds. 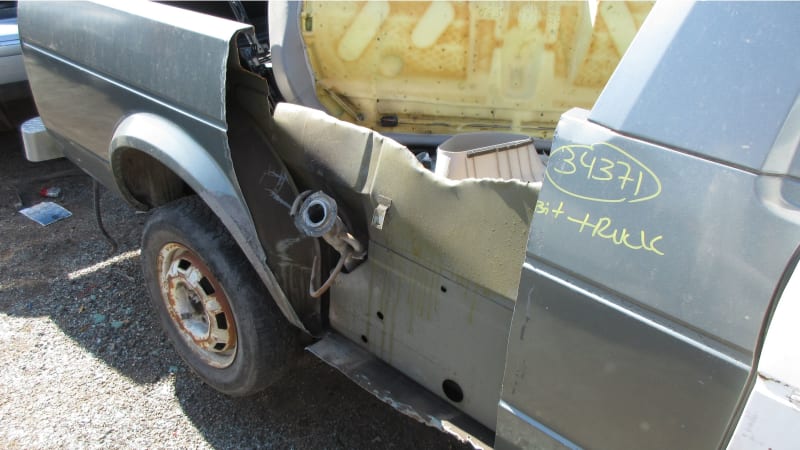 These cars rusted with great enthusiasm, a tradition stretching back to the earliest air-cooled Volkswagens, and so some Rabbit Pickup-owning junkyard shopper whipped out a cordless reciprocating saw and sliced off some non-rusty body panels from this car. 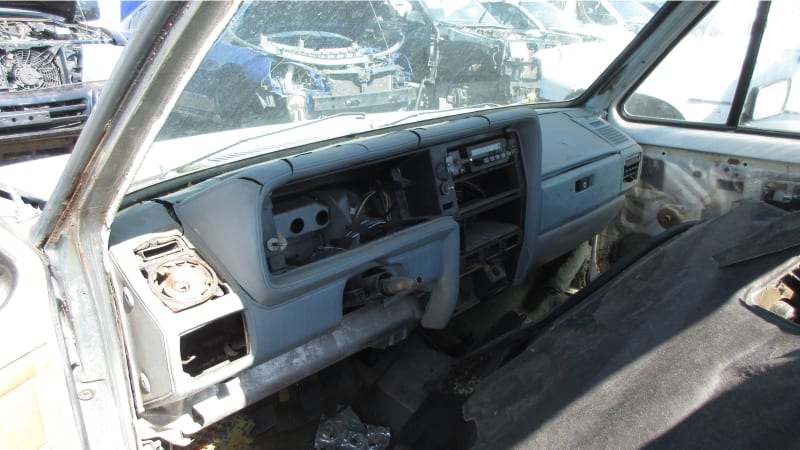 Likewise, the interior got picked pretty clean before I got here. 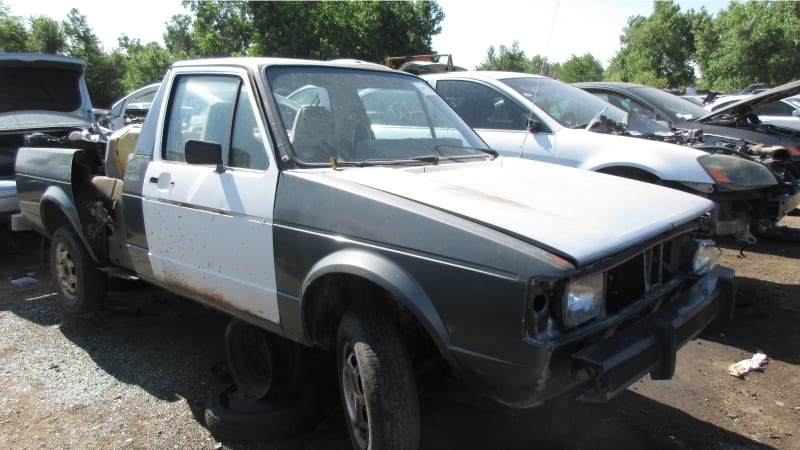 The minimum acceptable size for American-market small pickups grew larger and larger as the years went by, and now most of them weigh two tons or more. The Rabbit Pickup didn't even scale in at a full ton. 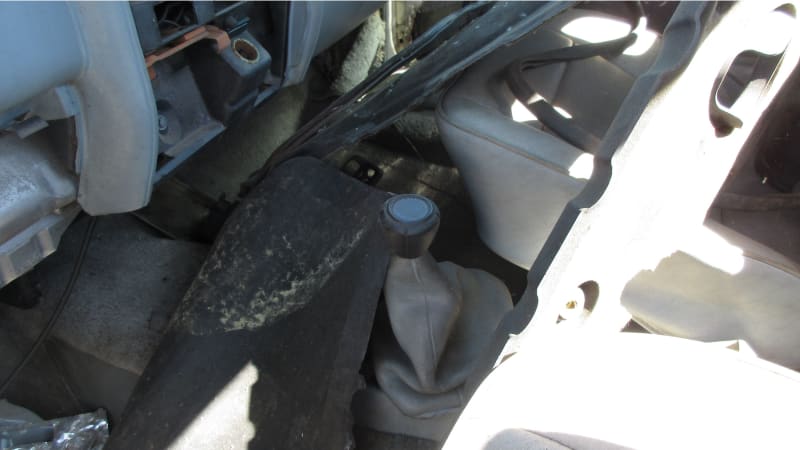 The Rabbit could be purchased with an optional automatic transmission in 1981, but I'm pretty sure a 5-speed manual was the only transmission offered on the Rabbit Diesel Pickup; at any rate, I've never seen one with a slushbox.

You can go over 700 miles between fill-ups. It's built like a truck… but it drives like something else.