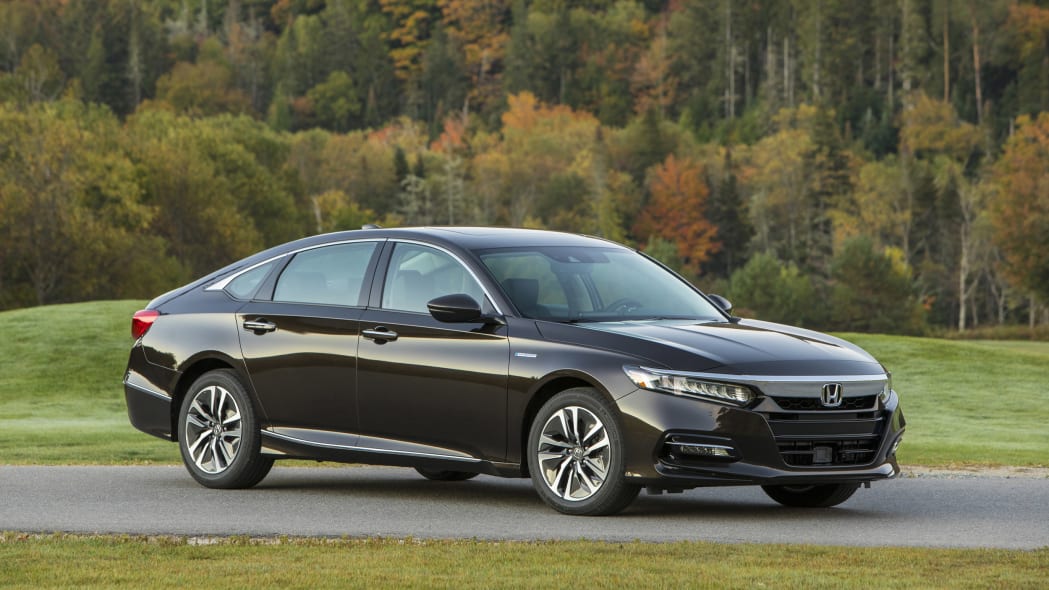 The Honda Accord Hybrid goes largely unchanged as it transitions into the 2020 model year, but the starting price increases by $150 to $26,400, including destination. The most notable addition is a new feature called the Acoustic Vehicle Alert System, or AVAS, which is sound the car will emit while driving under purely electric power.

The Accord Hybrid's powertrain also remains the same, as it will continue to use a setup with two electric motors that pair with a 2.0-liter Atkinson cycle and Honda's E-CVT. It is rated at 212 horsepower and 232 lb-ft of torque. Fuel efficiency numbers stay the same, as well, at 48 mpg city, 47 mpg highway and 48 mpg combined.

Honda's two-motor system uses one electric motor to accelerate from a standstill, and a second motor to start the gas engine. Because it has a motor that directly propels the car, it is possible to drive in silent electric mode. As federal regulations roll out mandates for electric vehicles to make sound, Honda adds AVAS, which alerts people outside the vehicle of the car's presence.

All models of the Accord Hybrid come standard with the Honda Sensing safety suite, automatic high-beam headlights, a multi-angle rearview camera, and driver attention monitor. EX models come with an eight-inch touchscreen infotainment display with Apple CarPlay and Android Auto compatibility, and Touring models come equipped with a subscription to HondaLink services and a built-in 4G LTE wifi hot spot.

The 2020 Honda Accord Hybrid hits dealers this weekend.