It has an enormous rear wing, too 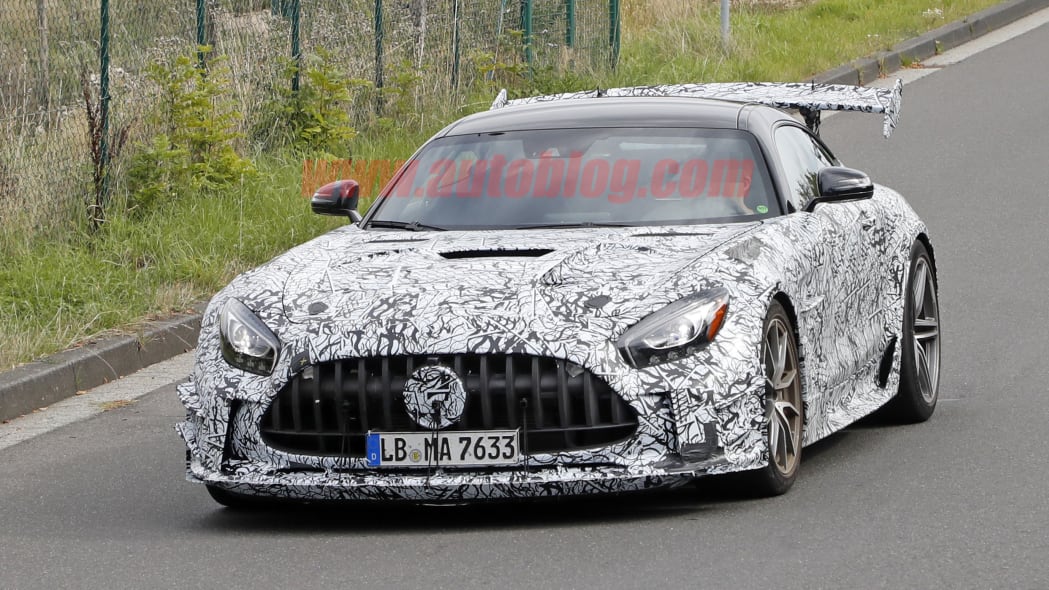 Last month, one of our spy photographers caught a Mercedes-AMG GT R sporting a radical new hood that suggested a Black Series variant was on the way. Another GT R has been spied with the same hood, but also even more exterior changes that seem to confirm that this really is the Black Series car.

At the front is a completely changed front bumper. It features a center grille that has been widened at the base and stretched downward. Any other air intakes have been reduced to small slits to accommodate this new grille. We can also see a couple of canards on either side of the bumper for aerodynamics. The headlights are the same as on other GTs, though, and the grille does have the signature vertical bars behind the three-pointed star badge.

Around the back are the other big changes. The biggest is the rear wing, which features not one, but two planes for developing downforce. This GT R Black Series car's rear bumper still has a big diffuser like on the regular GT R, but the exhaust has dual outlets on either side of the car, rather than the large center outlet of the plain GT R.

Not much has been revealed about the Mercedes-AMG GT R Black Series beyond spy photos. It will certainly produce more downforce than the GT R or GT R Pro before it, based on the photos. It will likely use some of the lightweight carbon fiber parts and chassis bracing from the Pro. Most Black Series cars have made more power than the normal AMG variants, so we expect the pattern to continue with the GT R. Mercedes-AMG already offers the GT's engine with up to 630 horsepower and 664 pound-feet of torque in the GT 63 S 4-door, so that seems like a reasonable and easily achievable amount of power for the Black Series Coupe, if not a little more. This prototype looks pretty far along in development, too, so we should see more about the car within the year. 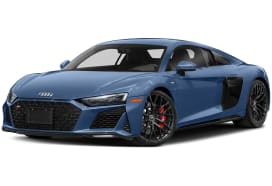