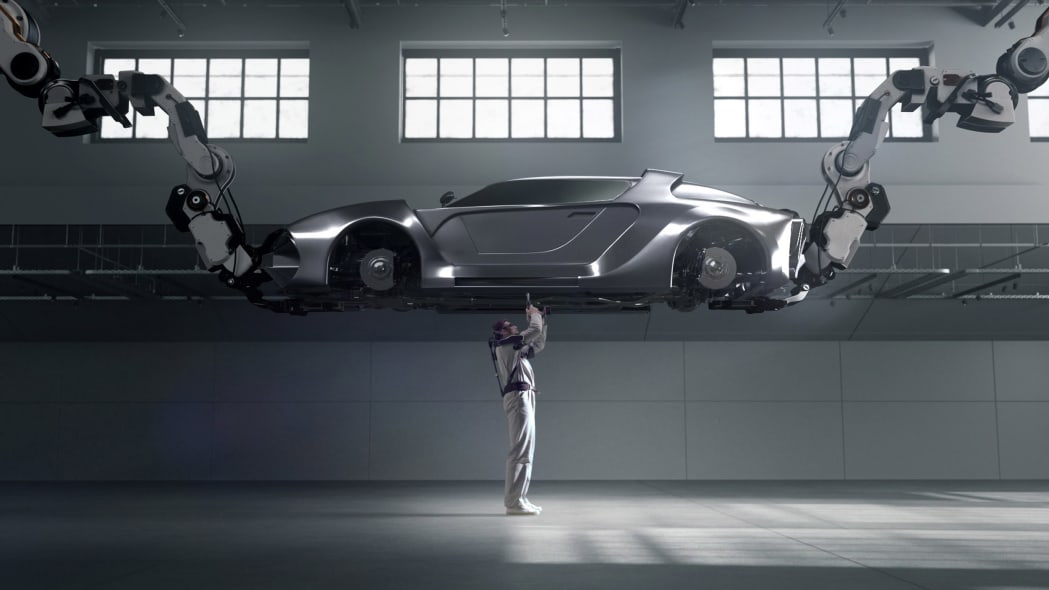 As factories continue to evolve, automakers are continually searching for ultimate manufacturing efficiency. This requires finding a harmonic balance between human and machine. A growing segment in this sector is wearable "robots" that attach to people and assist them in their day-to-day functions. Hyundai's Vest Exoskeleton, VEX for short, is the latest example of an innovation that could help both the workers and the companies they serve.

In the past few years, the exoskeleton has become a popular new technology that's trickling into auto factories. In 2017, Ford showed off the EksoVest, BMW uses the Levitate Airframe, and numerous other manufacturers such as Nissan, Mercedes-Benz, and Volkswagen are investing in similar tech. But Hyundai is one of the first to debut its own version.

Hyundai has shown its work in robotics in the past with the HRL exoskeleton for paraplegics and the H-LEX walking assistant. The VEX takes learnings from those projects and puts them into a wearable device that is intended for supporting industrial workers, specifically those who consistently do work above their heads.

The VEX weighs only 5.5 pounds, which Hyundai points out is 22-42 percent lighter than similar products. Like a backpack, the VEX fits onto a person with shoulder straps and chest and waist buckles. In order to fit a variety of people, the back section can also be adjusted up to about 7 inches.

Hyundai was able to keep the VEX's weight down by using proprietary spring-loaded action to propel the arms. The polycentric axis design mimics shoulder movements and aids in lifting the user's arms. The amount of force assistance can be adjusted to six different levels up to about 12 pounds of force. The device aims to provide relief for those who do such tasks as bolting the undercarriage, exhausts and brakes.

The VEX could be a win-win for both sides. The work efficiency and productivity increases, the accuracy and quality could improve, and it increases a workers' abilities. For the people, it should help with posture, reduce fatigue, and increase overall joint and body health. Let's just hope manufacturers don't use these as excuses to overwork people.

Hyundai has already successfully tested the VEX in pilot programs at two different U.S. plants, and it saw positive results. Hyundai Motor Group is now considering implementing the device throughout more plants and expects to put the VEX into commercial production in December 2019. Hyundai says it will cost "as much as 30 percent lower than existing products, which usually cost around $5,000."

This video helps explain how it works: