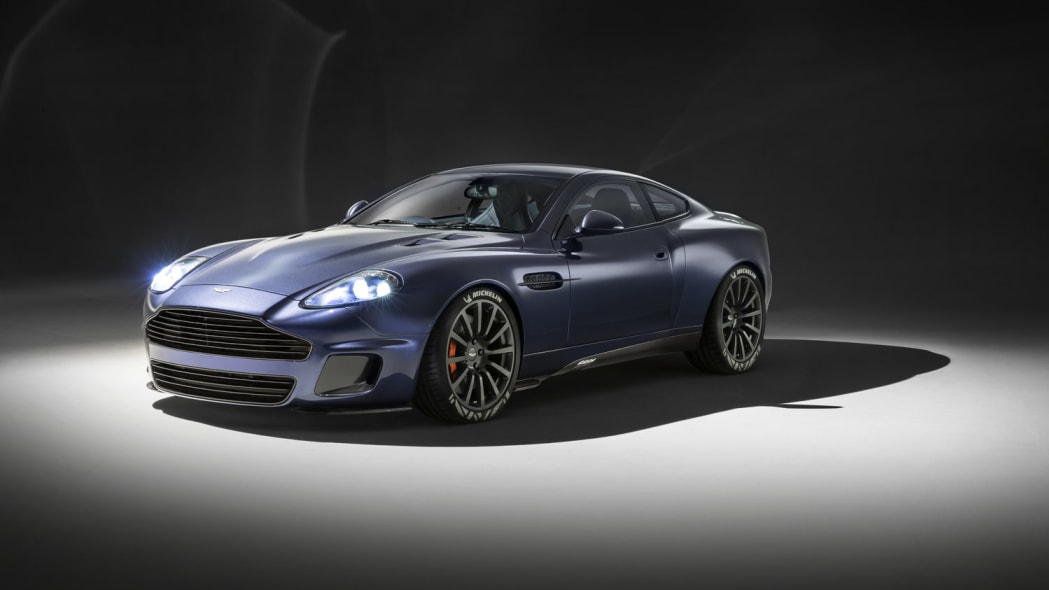 In June, Ian Callum retired from his post as Jaguar's design boss. In July, the man with an elegant and luxurious public résumé extending more than two decades started Ian Callum Design with a few former colleagues. Callum said the full-service design and engineering house would create and comprehensively upgrade vehicles, and that he'd "like to take some of the cars I've designed and maybe redo them a little bit." That initiative starts with the Aston Martin Vanquish 25, a thorough rework of the original Vanquish Callum built from 2001 to 2007, when Ford counted the English brand in its stable.

With the goal being to "make the Vanquish the Grand Tourer for the 2020s," the broad strokes remain — as it should be, seeing how much they still appeal. More than 100 overall detail changes begin with the redesigned front fascia, with a sharper-edged upper grille sitting above a larger lower intake. Projector headlamps give way to four high-intensity LEDs, and the lower fog lamps are replaced by carbon fiber vents to channel airflow to the front brakes. An "intimidating" mien starts with dark grille strakes supplanting the chrome bars of yore, the dark mood continuing with the one-piece carbon fiber window surround and carbon fiber hood vents and fender vent strakes. Gone are the scalloped sills, replaced by convex carbon fiber rockers that blend into the new curve of the lower rear fenders. In back, new taillights rest atop a new bumper that wraps around a large diffuser with integrated exhaust pipes. The cost-cutting Jaguar XK side mirrors — Ford owned Jaguar at the time, too — are gone, newly designed units with built-in turn signals taking their places.

When we drove a 2005 Vanquish in 2015, we wrote that while the greater part of the coupe held up to time, the interior did the opposite. Callum has fixed that, turning the original coupe's blocky, vertical center console into a sloping waterfall unit in carbon fiber. At the top of the center console, a removable Bremont pocket watch. Below that, no more Jaguar switchgear, but an eight-inch media display touchscreen with Apple CarPlay and Android Auto, carbon fiber buttons and aluminum dials. A thinner steering wheel and reshaped paddle shifters sit ahead of a dash cluster designed by watchmaker Bremont.

New front seats with deeper sculpting sit lower in the cabin, clothed in the same cross-stitched Bridge of Weir leather as the rest of the cockpit. Callum chucked the rear seats and filled the space with custom luggage from Mulberry. The interior leather all the way to the rear deck wears an abstract tartan pattern recalling Callum's Scottish roots and which the designer said he plans to use as an aesthetic calling card. The same motif can be found in the carbon fiber hood vents.

As the name claims, Callum will build only 25 of its inaugural product, less than 1 percent of the 2,589 Vanquishes produced during the six-year production run. The £550,000 ($663,600 U.S.) price includes the cost of a donor Vanquish, and each vehicle is stripped to its nuts and bolts at Callum's Warwick facility. The restored examples will be sold under the R-Reforged umbrella, the Swiss consumer brand division of AF Racing, which released a new run of V12 Vantage Zagato twins in April.

And Aston Martin still stands behind its former man, the carmaker's chief creative officer Marek Reichman saying, "Aston Martin Lagonda is very proud of the cars created during Ian’s time, and they are an important part in both our heritage and evolution."