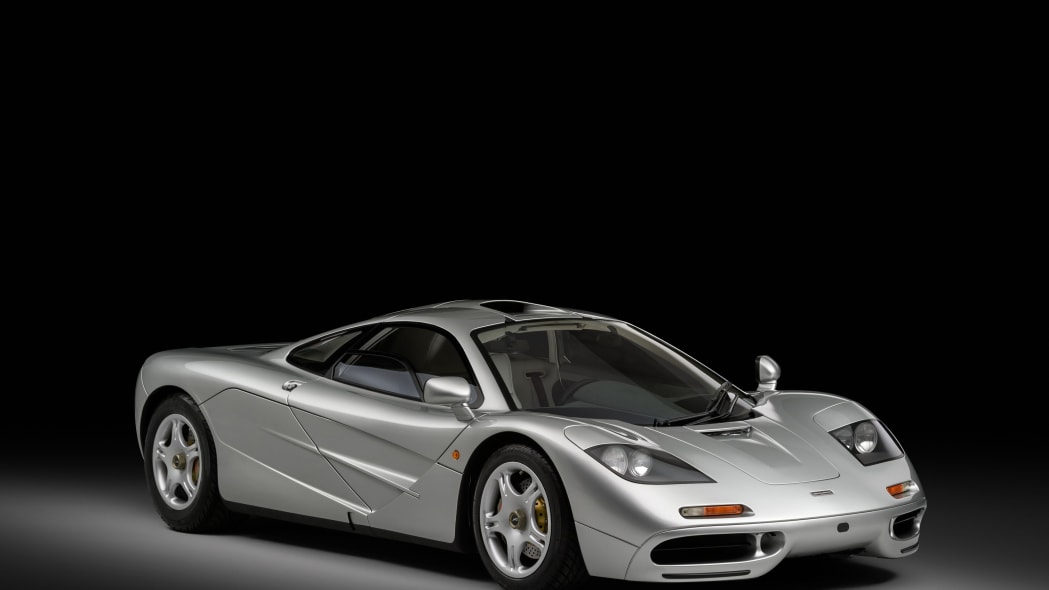 McLaren Special Operations announced its F1 Certified program one year ago at the Hampton Court Concours of Elegance in England with an F1 GTR race car restored to as-new condition. The skunkworks division must have been working on its next beauty at the same time, F1 road car chassis 063 built in 1994, as MSO is ready to show the second fully restored chassis after 18 months and nearly 3,000 hours of work.

After stripping the drivetrain and body of 063, MSO stitched up the interior to original spec. That meant sourcing ten suitable hides, preparing them as semi-aniline and dying them Woking Grey. The three seats are sewn up in matching Woking Grey, the driver's seat set off by a red, perforated Alcantara center panel. More Woking Grey leather goes on the dashboard and as piping for the Woking Gray floor mats over the same-colored carpeting. The steering wheel is new-old stock, pulled from a container of original F1 parts McLaren has kept in storage for decades.

Technicians rebuilt the 6.1-liter BMW-sourced V12, then dyno tested it to ensure the original output of 618 horsepower and 479 pound-feet of torque. The Bilstein dampers were returned to the manufacturer for as-new refurbishment, as were the driveshafts and hubs. Then came reinstalling the body panels, repainted over the course of almost 900 hours in the original Magnesium Silver hue. A final bout of road and track testing verified chassis 063 was ready to be returned to its owner, along with a Certificate of Authenticity, an illustrated book documenting the history of the car, and a laser-scanned 3D model of the F1.

Any other owners of the 106 F1s built between 1993 and 1998 — 64 standard road cars and 28 GTR racers — are welcome to avail themselves of the MSO service. For the second year running, MSO will display its work at the Hampton Court Concours from September 6-8.