We go glamping in the 2019 Honda Passport Elite 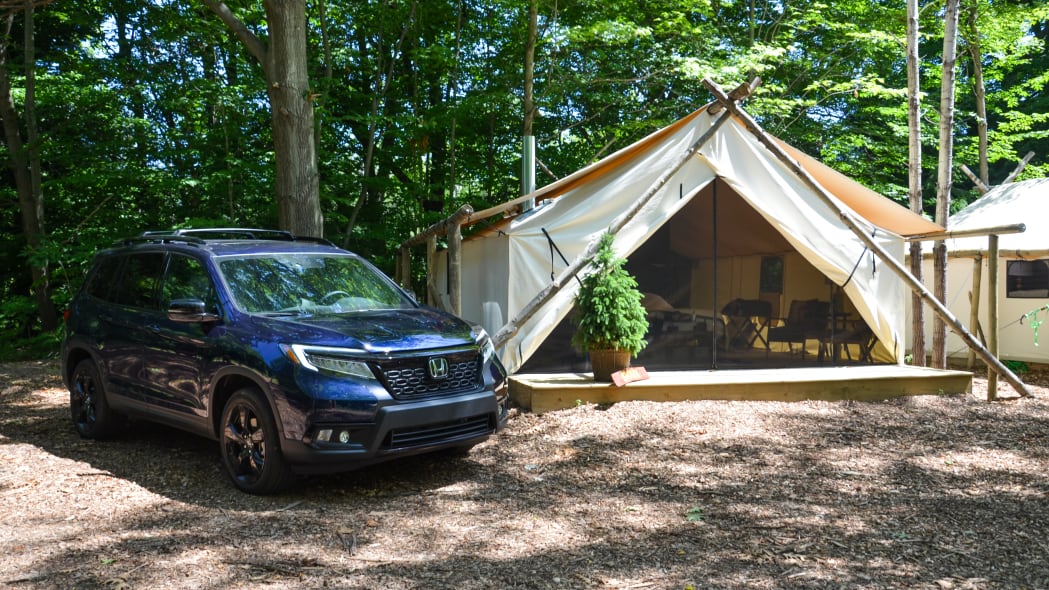 SOUTH HAVEN, Mich. — The 2019 Honda Passport is aimed squarely at someone like me. I turned 30 the weekend I had the Honda, and we decided to go camping in western Michigan to celebrate. Like any millennial couple pulled from an advertising department’s demographics, we don’t have kids but we do have a couple of dogs. After a weekend away, we say that Honda nailed it. The Passport isn’t perfect, but it might be perfect for my family. And it might just replace our old CR-V when the time comes.

Autoblog has already spent a good bit of time in the 2019 Passport, which is essentially a two-row Honda Pilot with a slightly sportier demeanor – off-roading in Moab, and later on a long road trip through Oregon. As West Coast Editor James Riswick put it, the Passport is an exercise in design, taking a competent but bland crossover and transforming it into a sharp SUV with some real presence. All it takes is a few tweaks, the most notable of which are the 6.2 inches cut out of the Pilot’s rear and the 0.8-inch increase in ride height. It’s handsome, though the Passport is still not nearly as tough-looking as a Toyota 4Runner or Jeep Wrangler.

That said, the interior is a far more comfortable place to be than either of those vehicles. Honda does interior packaging better than nearly anyone, and so the Passport is clean and hugely functional, with tons of pockets in the doors and a huge bin in the center console. The missing third row means there’s a large storage area under the rear floor, making up for much of the lost cargo area versus the Pilot. We packed enough for a weekend, but the Passport could have swallowed a month’s worth of our gear. The rear is wide enough for a dog bed so they can relax in the shade while we camp. My only real complaint about the interior is that the cupholders aren’t large enough to pass the Nalgene test, a strange oversight for a vehicle aimed at adventure seekers.

Not that our weekend away at The Fields of Michigan could be called adventurous. Located on a blueberry farm, our tent was nicer than most cabins, with toilets and showers behind a wall. We had power outlets (I had originally planned to use one of the multiple outlets in the Passport) to charge our phones and decent cell service the entire time. We parked near our tent and spent the evening drinking wine, eating pie and making s'mores with the proprietor and other fellow glampers. If we hadn’t already tackled Moab, I’d feel I was doing the Passport a bit of a disservice. 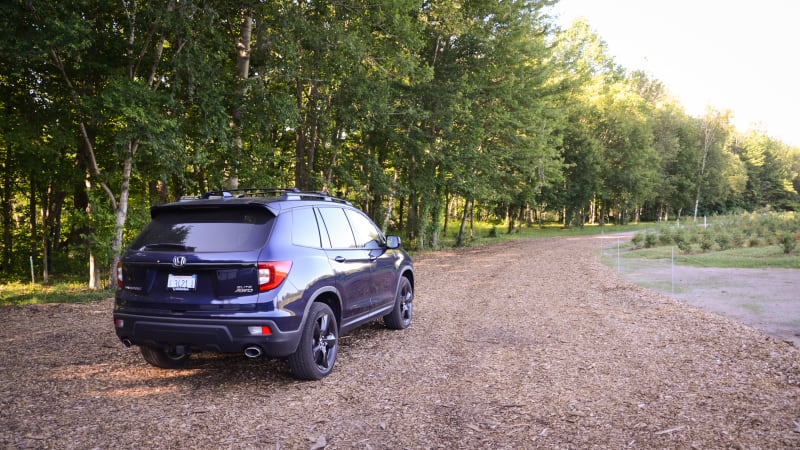 But the thing is, the Passport is made for weekends like this. The roads to the farm were dirt and gravel, with bits where the extra ground clearance helped, but it wasn’t remotely challenging. I just wanted to pack a bunch of stuff in the rear, including my bicycles and my dogs, and take a weekend away. Like most buyers, I didn’t need anything more than the Passport offered. For the few that do, the real 4x4 SUVs are an option.

It may seem disingenuous to compare the Passport with the Wrangler or 4Runner, but that’s what Honda signed up for when it decided to go after the active lifestyle crowd. With less extreme off-road capability but just as able to tote kayaks or snowboards, the Passport represents an arguably more realistic interpretation of buyers’ needs. It’s a much more livable proposition than those body-on-frame SUVs, with generally superior fuel economy, better ride and handling, and a more functional interior. 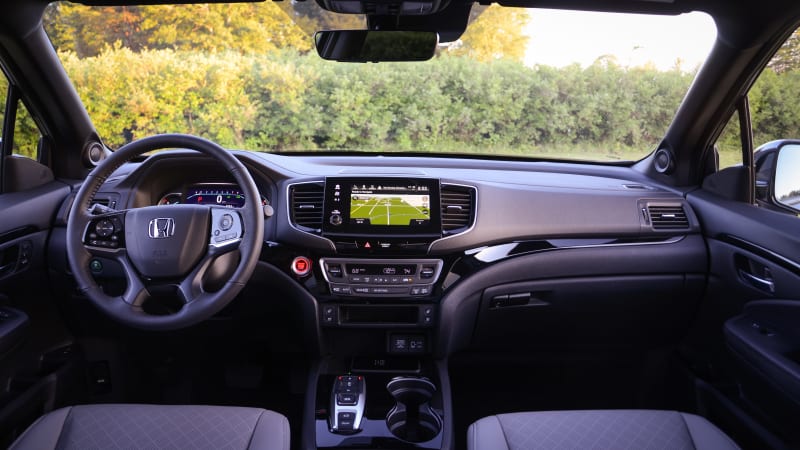 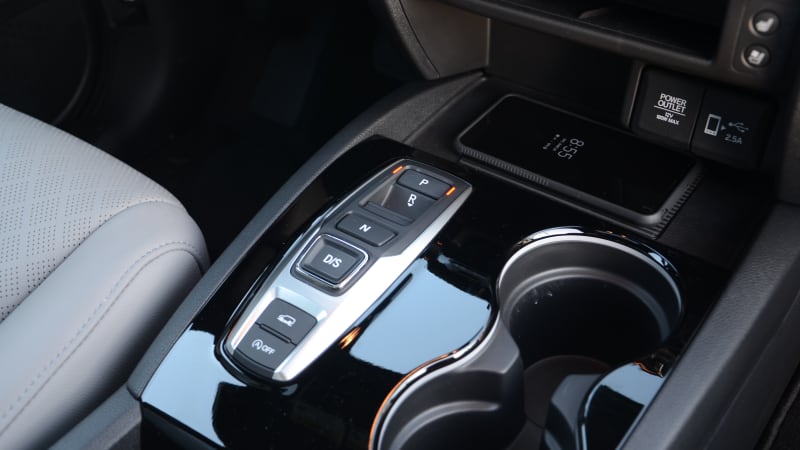 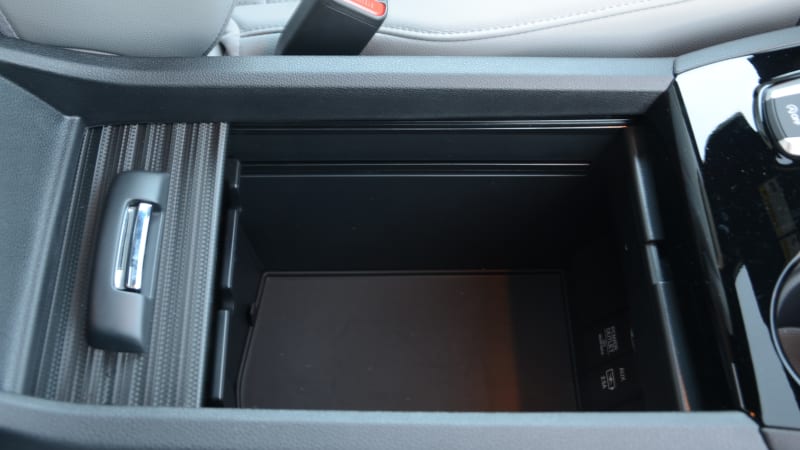 The Passport also feels lightyears ahead of more direct competition like the Nissan Murano, Ford Edge and Chevy Blazer. Those vehicles can’t match the Passport’s utility or refinement, going high on style but missing out on substance. They're also not as adventure-oriented. The powertrain is smooth and quiet, and Honda seems to have worked out most of the kinks with its often frustrating nine-speed automatic. That said, there was the occasional hiccup while searching for the right gear. Honda is also still cursed with one of the worst adaptive cruise control systems on the market. It’s far too cautious, leaving huge gaps and tapping the brakes when someone inevitably fills the space. We had the same issue in our long-term Honda Ridgeline. My advice: turn it off and just use the traditional cruise control.

The Passport starts at $33,085, in the same ballpark as the competition and about $7,500 more than a base Honda CR-V. Our tester was a fully-loaded blue over grey Elite model. For $44,725 you get features like heated and ventilated leather seats, wireless charging, Apple CarPlay and Android Auto, tri-zone climate control, 20-inch wheels, LED headlights, taillights and fog lights, and safety features blind-spot monitoring, lane departure warning and forward collision warning. A base Jeep Wrangler $33,040, though that’s a barebones model with a soft top and a manual transmission. The entry-level Toyota 4Runner SR5 is a little more expensive at $35,155. 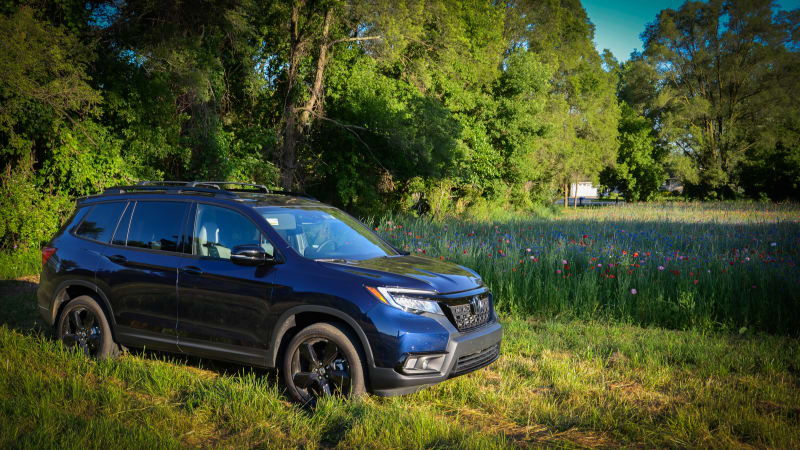 If it’s not obvious by now, I really dig the Passport. The things it does well — interior packaging, comfortable ride, a smooth V6 and a sharp design — it does just as well as any other leader in its class. My wife and dogs loved it, too, as it's a far more comfortable place for passengers than some of the competition. I wish the Passport delivered more on its pretense of off-road prowess, but as noted earlier the capability it does offer is more than adequate for realistic needs. When it comes time to replace her CR-V, I think I know what we’ll be shopping. 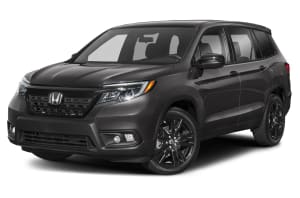