The GS F, charging along with a 5.0-liter V8 producing 467 horsepower and 389 pound-feet of torque sent to the rear wheels only, will run $86,035. That's a $560 bump over the 2019 model year. Since the GS F 10th Anniversary Edition celebrated the tenth anniversary of F performance this year, we don't expect the $89,350 sedan to continue into next year.

The GS has been in the spotlight at Lexus HQ since last summer, when the brand's general manager told Automotive News "we're certainly evaluating both vehicles," speaking of the GS and IS. For next year, the 241-horsepower GS 300 slips off the scene, but one wonders how long even the 311-hp GS 350 can stick around when the entire lineup sold just 6,604 units in the U.S. last year. Sales are down more than 50 percent this year, down from a 2015 high of 23,117. The new ES is just nine horses down on the GS, $7,000 less expensive, and sold 50 percent more units in the U.S. in January than the GS has so far this year. With no news of an updated GS on the way and the ES rumored to add an all-wheel-drive trim for 2020, the GS could have a hard time standing up to business-case scrutiny. 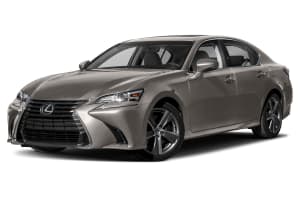