McQueen had a hand in building the buggy, too 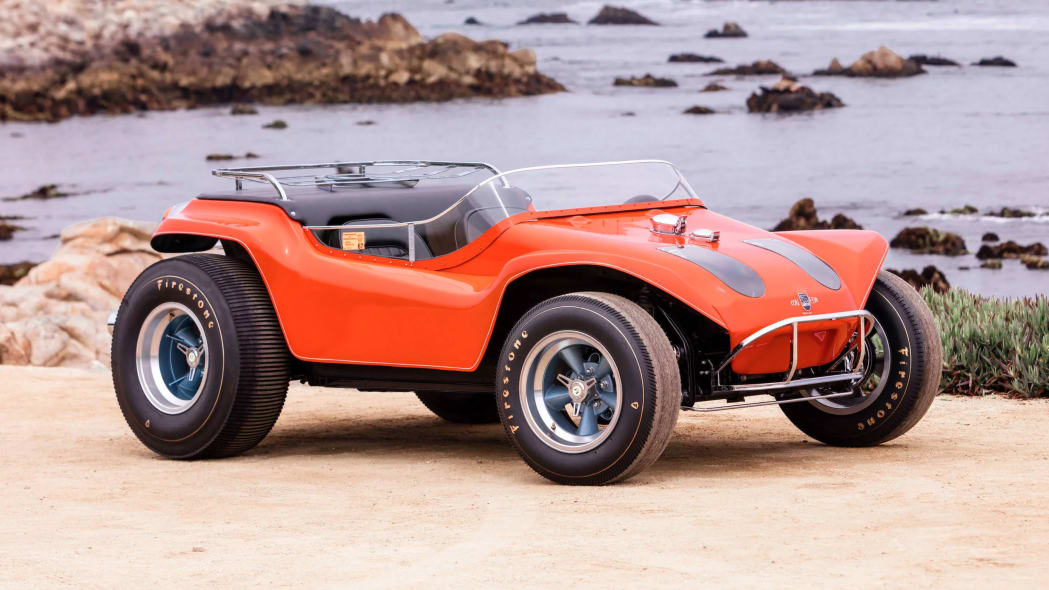 If you’re a fan of the Meyers Manx dune buggy and have a lot of money, your lucky day is coming. Bonhams just announced the dune buggy driven by Steve McQueen in The Thomas Crown Affair is going up for auction in early 2020. Silodrome spotted the listing from Bonhams initially. This auction lot will actually be the second famous Steve McQueen vehicle to sell in 2020, as the original Bullitt Mustang is going to Mecum’s Kissimmee auction in January next year.

During the movie, the buggy went on a seriously wild ride along the beach with McQueen driving and actress Faye Dunaway in the passenger seat. As McQueen tended to do, he actually drove the buggy in the movie's stunts himself. This Meyers Manx wasn’t your typical beach buggy, though. McQueen enlisted off-road motoring legend Pete Condos to help build the car. It uses a shortened VW Beetle platform with a modified suspension. A massaged Chevy Corvair engine was used — it’s said to produce around 230 horsepower, routing that power to the rear wheels via a four-speed manual gearbox. All this power for a vehicle that weighed only 1,000 pounds makes it quite the weapon with a supercar-like power-to-weight ratio.

Here’s what McQueen had to say about the buggy back when The Thomas Crown Affair was being made: “Crown lives at the beach and he has a dune buggy. I helped them design it, so I'm kinda proud of that. It's set on a Volkswagen chassis with big ol' wide weenies — big wide tires on mag wheels, Corvair engine stuffed in the back … it's very light, you know (because of the fiberglass body). It's pulling about 230 horses and weighs about a 1,000 pounds."

In case this particular Meyers Manx was to your liking, know that it’s going to be sold at Bonhams’ Amelia Island auction next March in Florida. There’s no estimate attached to the listing for the time being, but we imagine it’s going to be expensive.