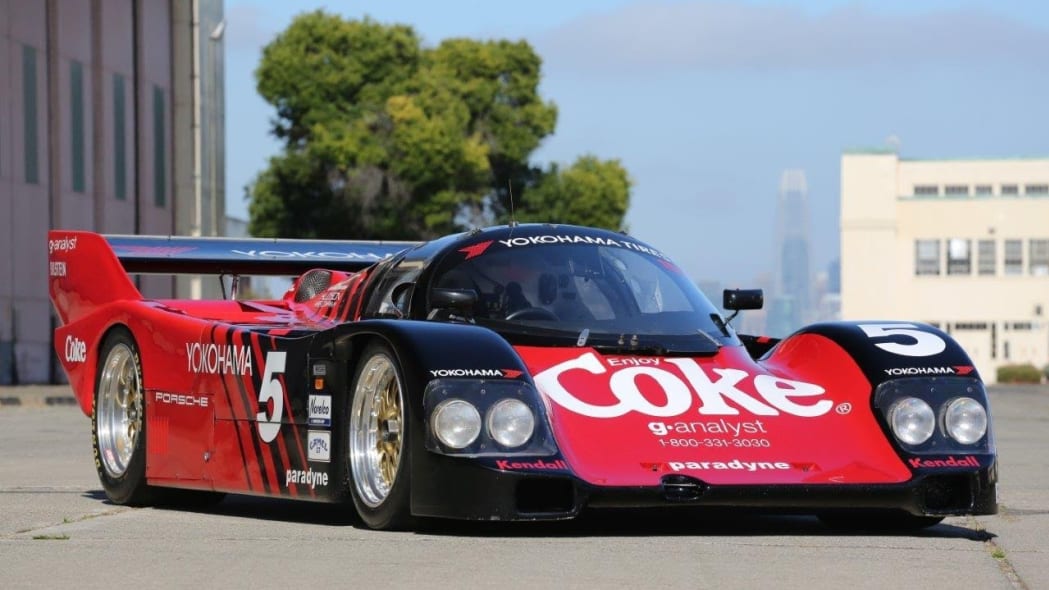 The beauty about BringATrailer is that it has all sorts of automobiles up for sale and bidding, at all ends of the spectrum. This 1987 Porsche 962 IMSA GTP race car definitely falls on the upper end of that spectrum, and it just might be the second most expensive car ever to sell on the site.

The Porsche 962 was the star car for Bob Akin’s team during the 1987 season and was the last car to sport livery featuring Coca-Cola, Yokohama, and Paradyne that year. It was driven by the likes of James Weather, Vern Schuppan and Hurley Haywood.

Akin held on to the car until about 1991, when it was reportedly sold to a doctor in Michigan. It received a full restoration in 2002 by Sean Creech Motorsports, then another in 2014 after it was sold to another owner in 2012. That owner put it up for auction on BaT.

Over the years, it has raced in historic Rennsport events, the Classic 24 Hours at Daytona, and even the Rolex Monterey Motorsports Reunion.

Its air-cooled, turbocharged 3.2-liter six-cylinder boxer engine was overhauled by Sean Creech in March 2015 to the tune of over $67,000. The work included new pistons and rings, recast cylinders, Carillo connecting rods with revised bearings, new main bearings, a completely new valvetrain, and a timing chain overhaul.

In other words, nothing was overlooked in its restoration. The auction even claims the car churned out 589 horsepower at the wheels during a recent dynamometer test and is completely turn-key for its next vintage race.