The badge-engineered truck is only sold in Thailand 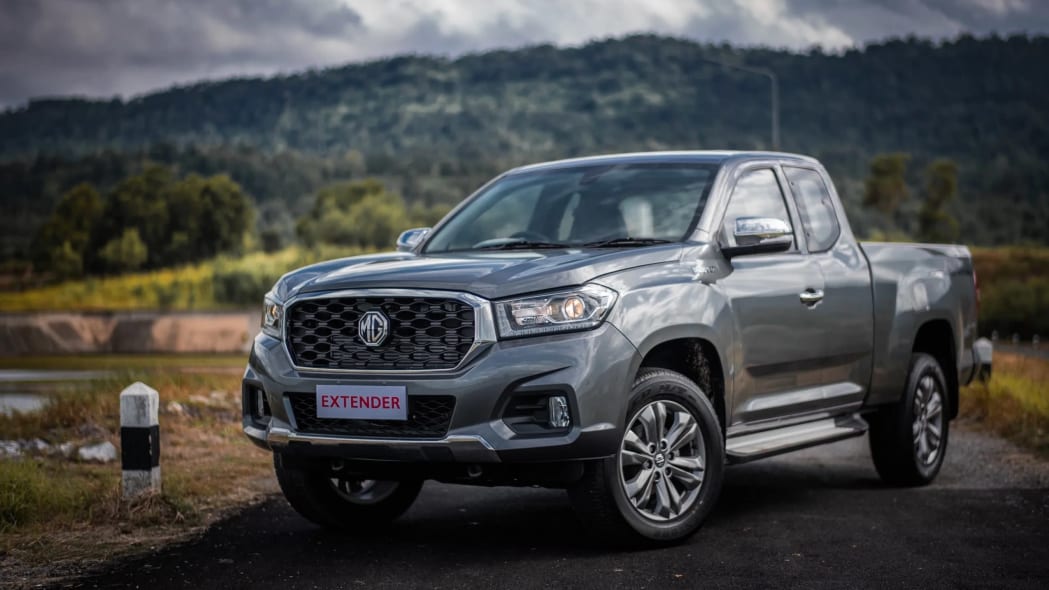 In the United States, MG made a name for itself during the 1960s and 1970s by selling diminutive roadsters that were equal parts fun and finicky. The convertible segment is shrinking all around the world, so the Chinese state-owned company decided to follow buyers into the pickup segment. Called Extender, its first (and, for the time being, only) truck is rolling into showrooms in Thailand.

MG designed the Ford Ranger-sized, body-on-frame Extender with a focus on both commercial and leisure uses, according to Nikkei. It's not a new model from the ground up; it's essentially a badge-engineered variant of the Maxus T70 that parent company SAIC Motor builds and sells in China, among other countries. The differences are largely limited to an MG-like grille that falls in line with the automaker's current design language, and a brand-specific trim structure.

Buyers can choose between an extended and a double cab. The only engine offered is a 2.0-liter four-cylinder turbodiesel rated at 161 horsepower and a stout 276 pound-feet of torque. Rear-wheel drive and a six-speed manual transmission come standard, and the upmarket variant offers four-wheel drive plus a six-speed automatic gearbox.

As of writing, MG hasn't announced plans to sell its pickup outside of Thailand, where pricing starts at about $18,000. Launching there might seem random, but it makes perfect sense. Pickups represented 43% of the 523,770 new vehicles sold on the Thai market during the first half of 2019. The segment is dominated by Japanese models like the Toyota Hilux, the Mitsubishi Triton and the Isuzu D-Max. The Extender is cheaper than its rivals.

While the Extender stands out as MG's only pickup, the firm's portfolio also includes a pair of crossovers and a big van. It continues to sell hatchbacks and sedans, too, but it's not planning on returning to the American market anytime soon.