Nio EP9 slot car might be the most realistic in history

We have ideas for other EVs to turn into slot cars 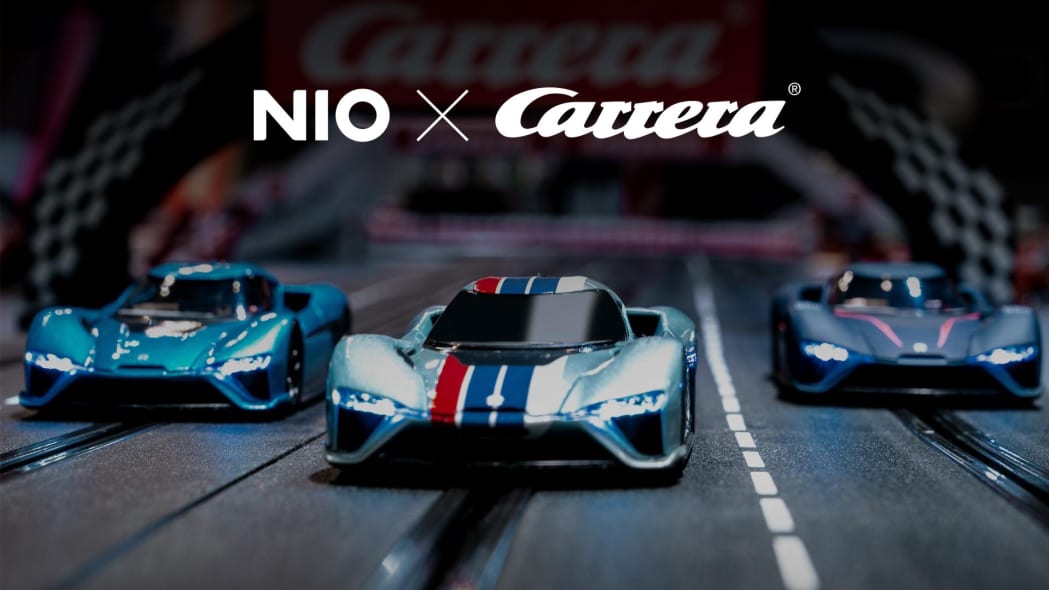 Over the decades, slot cars have become more and more realistic. They've added lights, rear- and all-wheel-drive powertrains, and most recently digital controls that enable lane changes and even pit stops to "refuel." Of course, one disconnect is the fact that slot cars are electric and real cars aren't. As such, the newly unveiled slot car version of the Nio EP9 electric supercar may be the most true-to-life slot car ever created.

The company teamed up with German slot car company Carrera to create the 1/32-scale slot car. It will be available in three colors, the metallic blue of the launch car, and two paint schemes in honor of the car's track records at the Nürburgring and Circuit of the Americas. The cars are part of Carrera's digital 1/32 lineup, so they can be used with controllers and track that allow lane changes and pit stops. According to Carrera's site, the digital cars can also be used with analog track and controllers.

Launch dates for the toy car in the U.S. haven't been revealed. If and when it goes on sale here, it should cost around $44.99, which is the going rate for most digital 1/32-scale Carrera cars. People in China will be able to check them out at Nio showrooms Aug. 10-11 when the company will be hosting slot car racing events. The top 10 racers will then be able to compete to join the Nio slot car racing team that will participate in the Chinese Carrera slot car championship that runs Aug. 22-25. According to Nio, 300 teams will compete for a prize of 100,000 yuan, or about $14,000.

Seeing the Nio EP9 realized as a slot car has us thinking about what EVs should become slot cars next. At the top of our list is the record-smashing Volkswagen ID. R. Formula E race cars would be an ideal choice, too, plus the Jaguar I-Pace eTrophy cars that run in Formula E's support series. And we of course can't forget Tesla. The first- and second-generation Roadsters would be our preference first, but Model 3, Model S and Model X would still be welcome additions.