After a half-century of hard use, it's time for this once-opulent luxo-beast to retire. 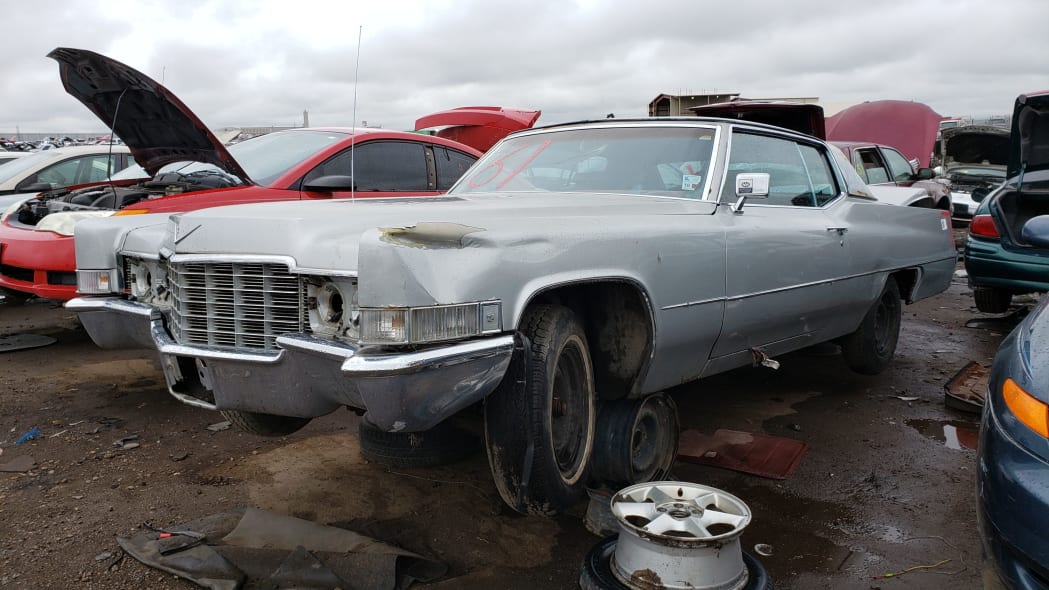 The Cadillac Division was riding high in 1969, with sales numbers far surpassing those of Lincoln and Imperial. A few more years remained before fuel prices would go crazy, and prosperous Americans knew that a sleek DeVille or Eldorado gave them bragging rights at the country club. Here's a thoroughly used-up '69 Coupe DeVille, finally at the end of its journey and residing in a self-service wrecking yard in Denver, Colo. 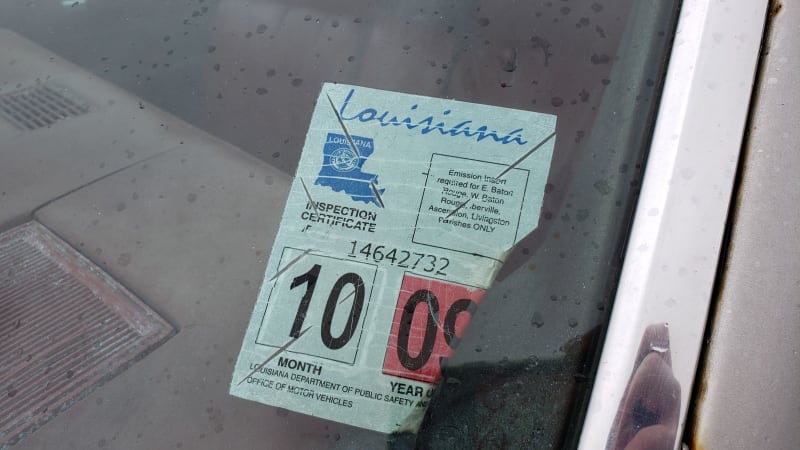 This inspection certificate shows that the car lived in Louisiana a decade ago. 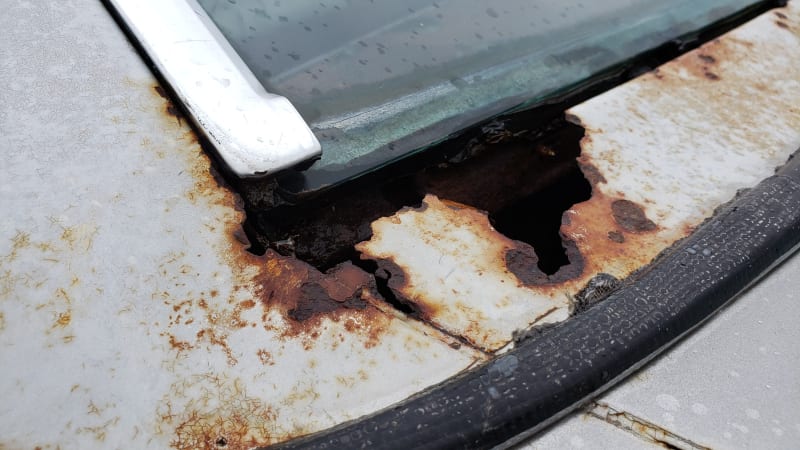 Since this is the sort of pervasive rust that occurs in places much wetter than arid High Plains Colorado, we can assume that this DeVille spent many years in the land of gumbo and alligators. 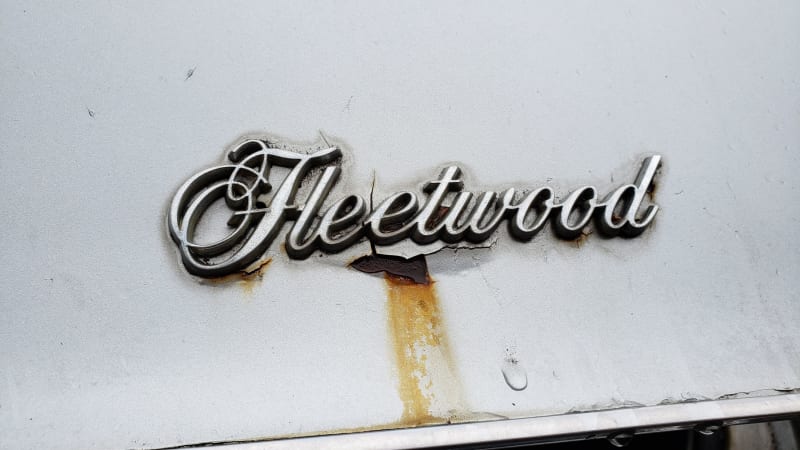 The decklid sports Fleetwood badging and a Rickenbaugh Cadillac emblem, but Cadillac didn't make two-door Fleetwoods in 1969. Perhaps a Colorado-sold Fleetwood donated its decklid to replace a rust-ravaged lid on this car. Actually, there's a good chance it was purchased at this very yard. 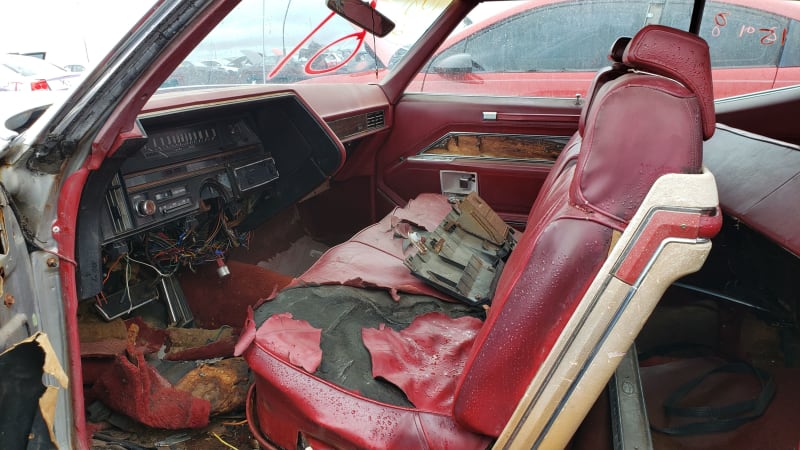 The once-opulent interior has suffered greatly over the decades, with the reek of mildewed carpeting and irradiated leather giving it That Hooptie Car Smell. Try to picture what this scene looked like in happier days, a half-century ago. 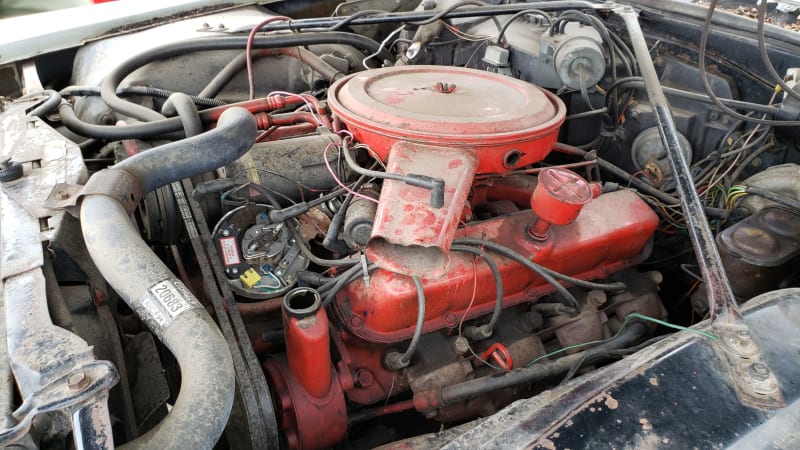 The 1969 Cadillac V8 engine displaced a mighty 472 cubic inches (that's 7.8 liters to those of you living under the cruel knout of the metric system) and delivered a gross 375 horsepower and 525 lb-ft of torque. Scaling in at 4,595 pounds (about a half-ton less than a new Escalade), the DeVille needed that power to keep up with those cheap-but-V8-equipped Chevy Chevelles. For 1970, Cadillac would stroke this engine to a staggering 500 cubic inches for Eldorado buyers. This engine family lasted through 1984, after which it was replaced by the much-loathed High Technology V8. 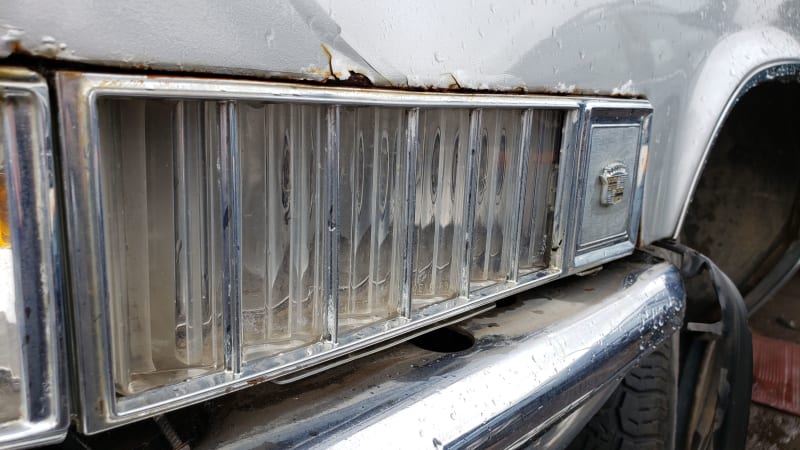 The build quality and snob appeal of the 1969 Cadillacs kept them on the road for decades after most of their peers got crushed, but this one was just too far gone to be worth restoring.