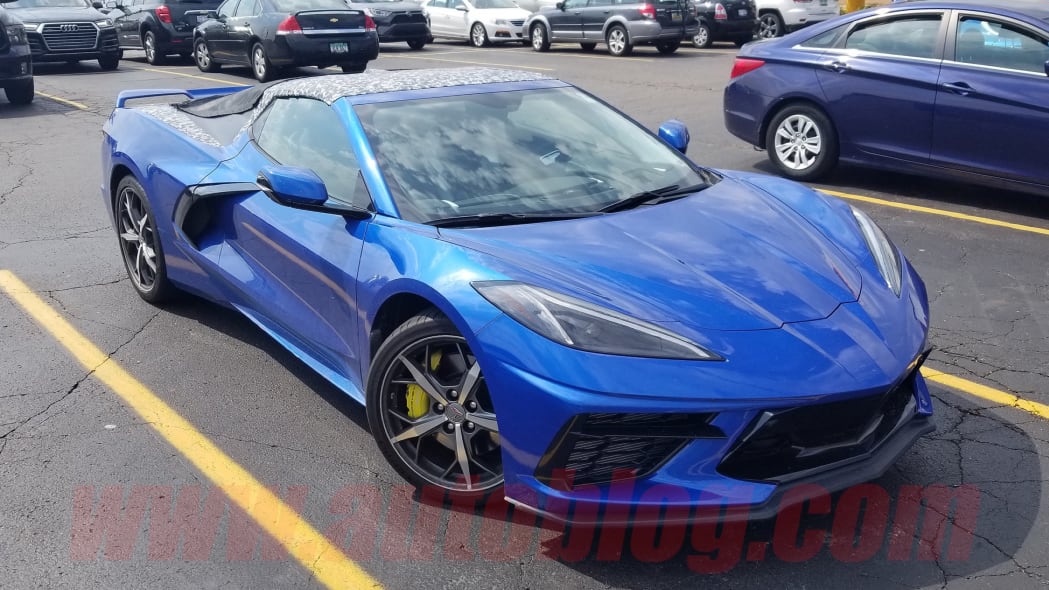 Although Chevrolet has already announced and shown the new 2020 Corvette Convertible, we have yet to see it with its roof in place. Given the gorgeous cowl humps behind each seat, it was pretty obvious that something cleverer than a simple flip-up cloth roof was going to be needed to get the job done.

Now, thanks to these spy photos, we have a better idea. As it turns out, the C8 Convertible will have retractable hardtop panels. First, we know they're hard panels because our spy photographer was kind enough to knock on them, as shown in the video below.

Second, there are seemingly two panels: a forward portion that's roughly 80% the size of the coupe's removable roof panel, and then an aft portion that meets up with those cowl humps. Presumably, the cowl will lift back and the two roof pieces will sandwich together underneath. The rear window seems to be a separate piece that likely powers up and down to double as a wind deflector when the roof is lowered.

One other interesting item here: the camera mounted in the aft roof panel. There's a similar one on the coupe, but it's interesting that it's still found on the convertible. This wouldn't be for the regular rearview camera, which is still located above the license plate. No, this is for the rear camera mirror, similar to what you'd find in other GM products. On the coupe, it's included in the 1LT and 2LT trim levels. Like every other mid-engined sports car, we can only imagine that the C8 convertible's rear visibility will be awful, so this could be a smart way to deal with that and leverage GM's ample experience in visibility-enhancing camera systems.