Akio Toyoda over the years has professed his love for speed and racing, which is noteworthy because Toyota, the company Toyoda helms, has for many years been most known for making beige and boring automobiles. But Toyoda has been a steady path to change that with the automaker churning out some legitimately exciting and interesting automobiles. If you're still in doubts of Toyoda's latest efforts and claims, what he's about to do may just change your mind.

Coming up this weekend is the world-renowned annual ADAC 24 Hours of Nürburgring and of course, Toyota's Gazoo Racing team will be participating, particularly with racing specification GR Supras. Peering at the list of primary driver's reveals some genuine talent on call, including the likes of famed racers Takeshi Tsuchiya, Masahiro Sasaki, and Naoya Gamou, along with well-known VLN Endurance racer, Uwe Kleen, just to name a few. But there's one name that raises an eyebrow among the team roster: an odd "Mr. Morizo."

If you follow the series, you might be wondering who this new racer is. Well, according to multiple reports, that would be 63-year-old Akio Toyoda, who will be participating in this year's event behind the wheel of one of those racing-spec Supras. Toyoda will be using the "Mr. Morizo" as an alias. Toyota also confirmed to our friends at The Drive that Mr. Morizo is indeed Akio. 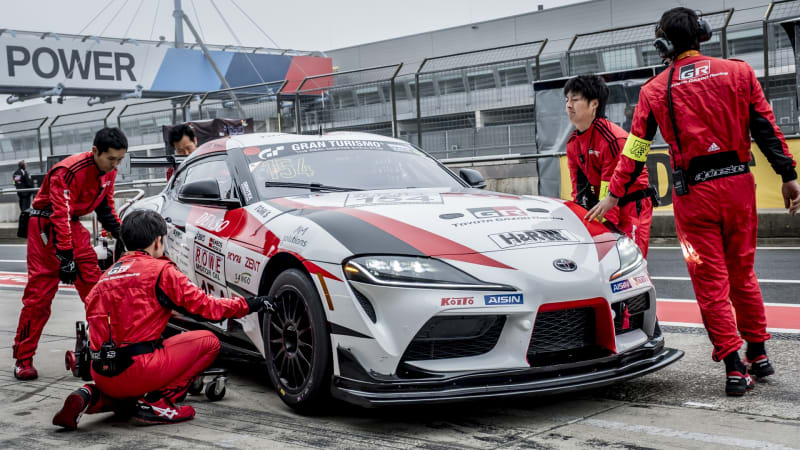 This won't be the first time Mr. Toyoda raced at the Nürburgring as he reportedly made the same move — pseudonym and all — with the 2014 race, except with a Lexus LF-A.

The purpose of him using going incognito is to help make others feel like he's an equal peer among those who work for him, according to an Automotive News interview.

"There is a sense of closeness. They feel that they can talk about anything and approach me," Toyoda said to AN. "But when they view me as president, they keep a distance.

"I think there is something more I can contribute to increasing car lovers in various places not as Toyota president but as Morizo," Toyoda continued. "What matters to Toyota is that more and more people understand what I do on the roads. That's what I believe in. That will help us make ever-better cars, for sure."

Toyota will be entering its thirteenth year participating in the Nürburgring 24 race. In addition to the GR Supras, which will be racing in the SP8T class that limits forced-induced cars to engine displacements no more than 4.0-liters, the automaker will also have a few Lexus LC racecars running in the SP-Pro class.
This race occurs this weekend.