Made by Honda, badged by Isuzu.

When I'm crawling through a big self-service wrecking yard (as I do at least once a week) in search of interesting discarded vehicles, the top of my "look for" list always includes weird and obscure examples of badge engineering, the weirder and more obscure the better. So far the Nissan-made Suzuki Equator has eluded me, but I have managed to shoot such junkyard badge-engineering oddities as the Mitsubishi Precis ( Hyundai Excel), Acura SLX ( Isuzu Trooper), Saab 9-2X ( Subaru Impreza) and Saturn Astra (Opel Astra). Isuzu's dire need for a minivan in the late 1990s led to a deal with Honda to sell the first-generation Odyssey as the Oasis (even as the Trooper became the Honda Passport). Few bought the Oasis, but I found one in a Denver yard a few months back. 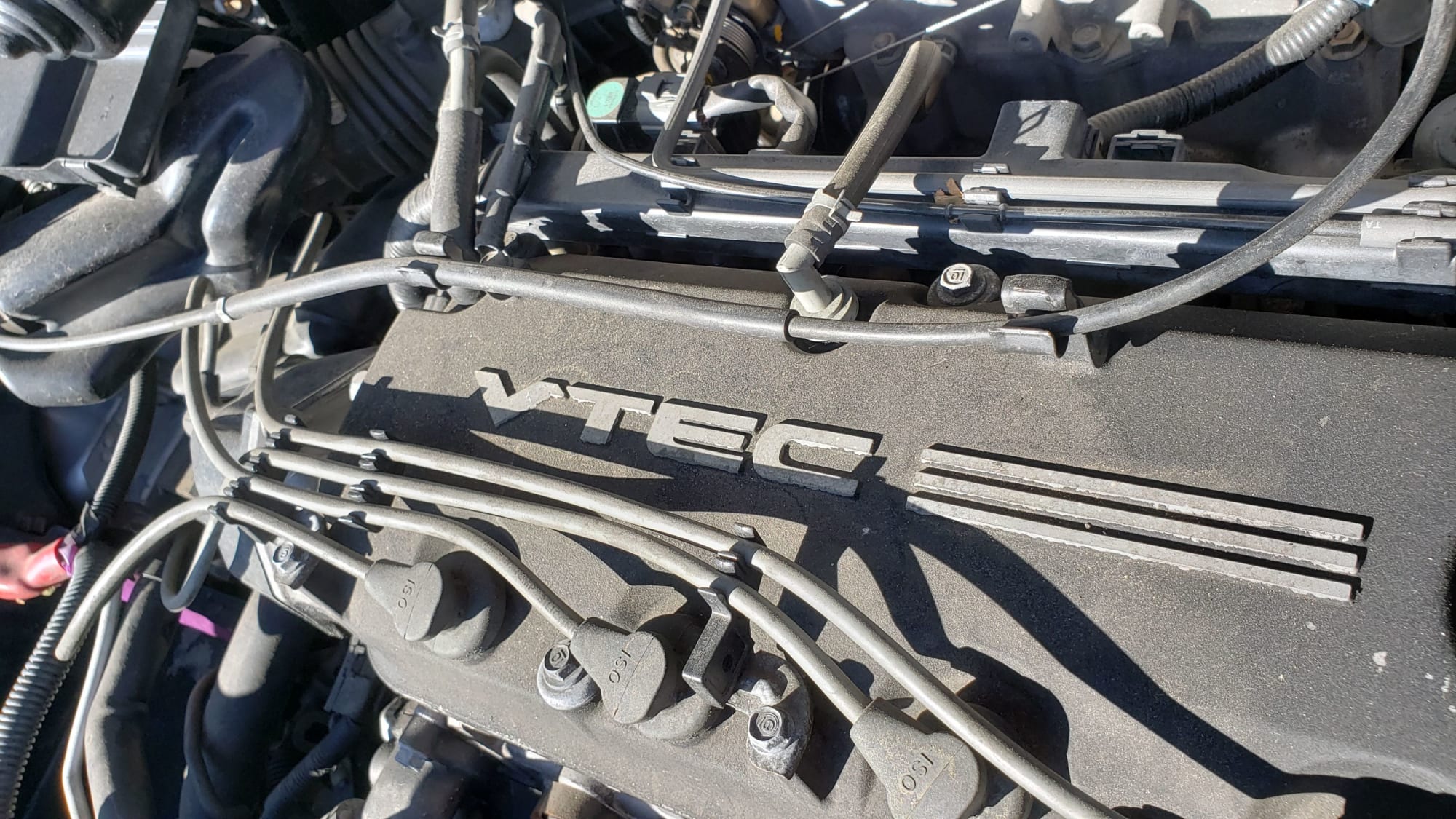 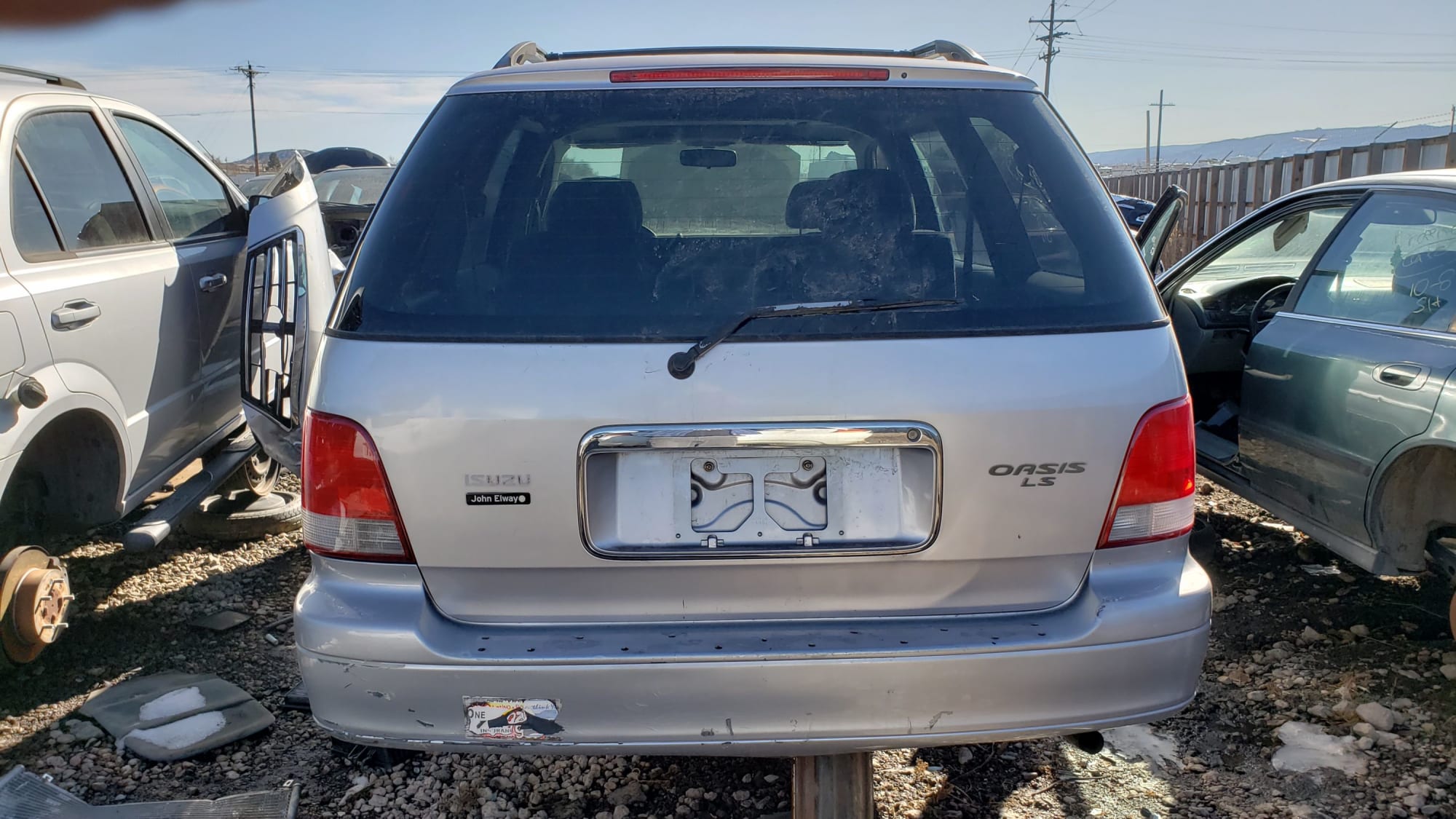 Sold new in Denver, will be crushed in Denver. 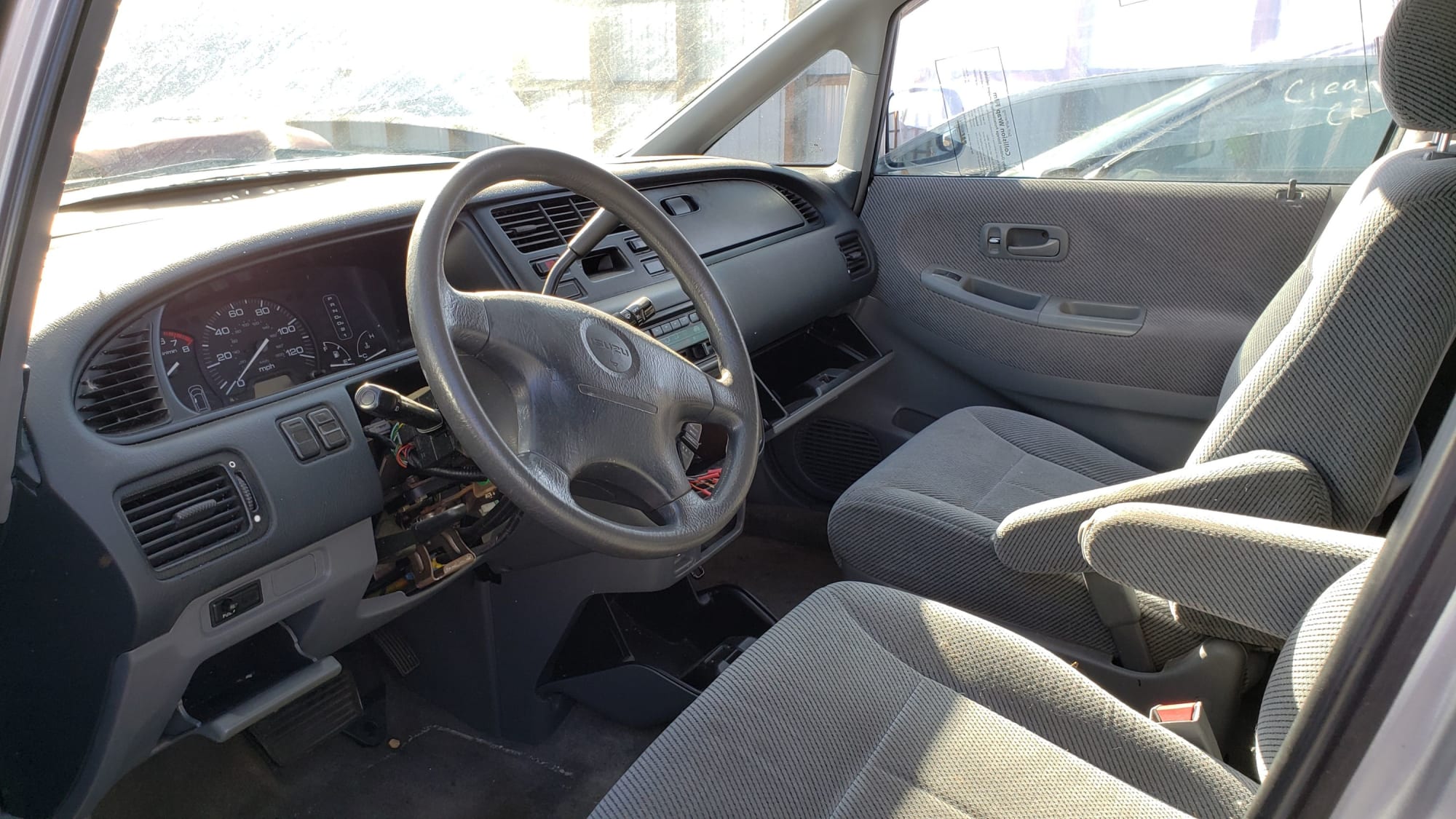 Though Americans bought many a Geo or Chevy built by Isuzu during the 1980s and 1990s (not to mention the big-selling Isuzu-made Chevy LUV truck of the 1970s), the Isuzu brand never really caught on over here. By 2009, Isuzu was gone. 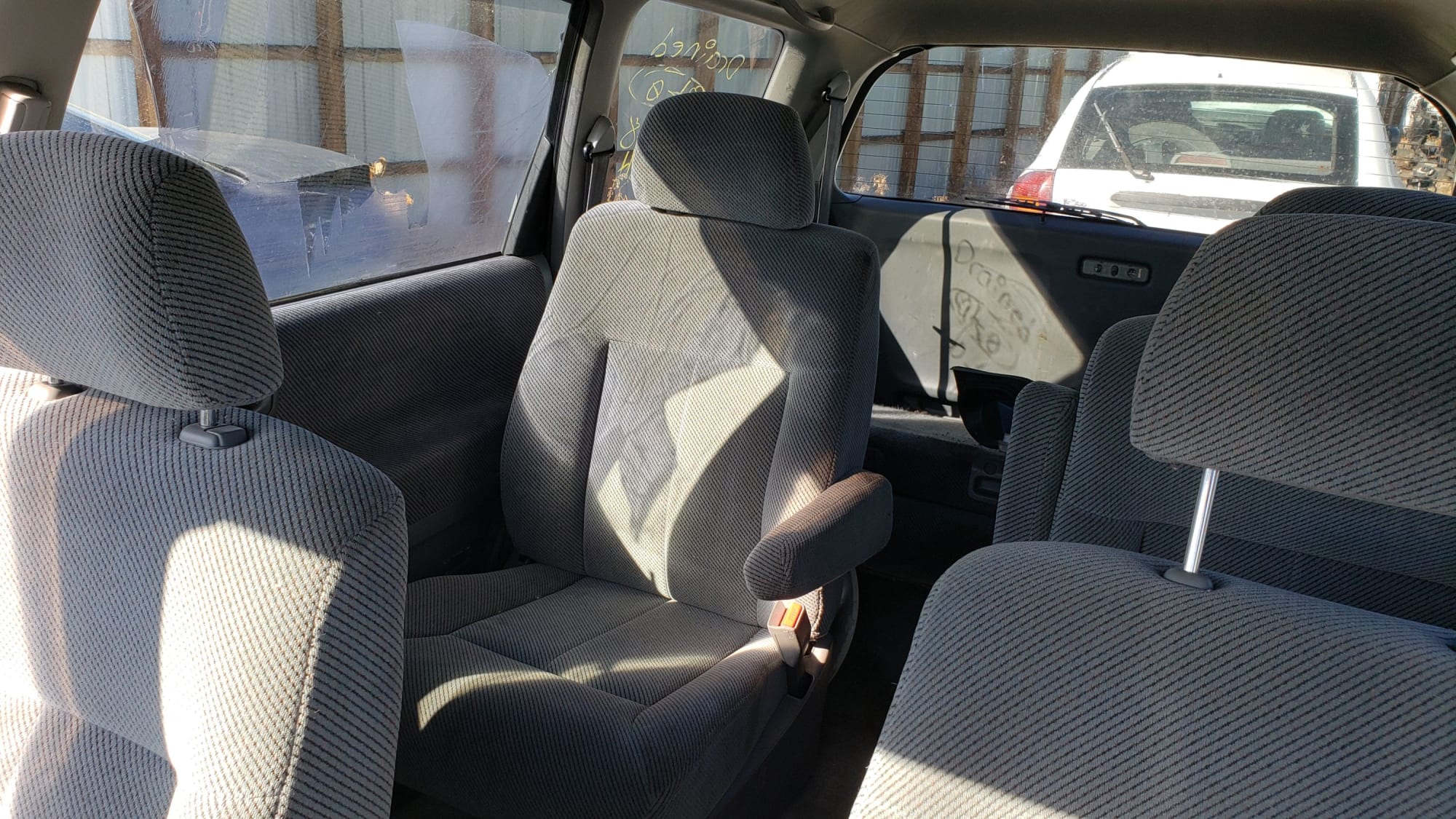 The first-generation Odyssey was well-made and efficient, but it was designed for the Japanese home market and thus was too small for most American van shoppers in 1998 (most of whom were moving to SUVs around that time, anyway). You could fit a lot of people and gear in this small-footprint machine, but that was more important in crowded Japanese cities than in sprawling American suburbia. 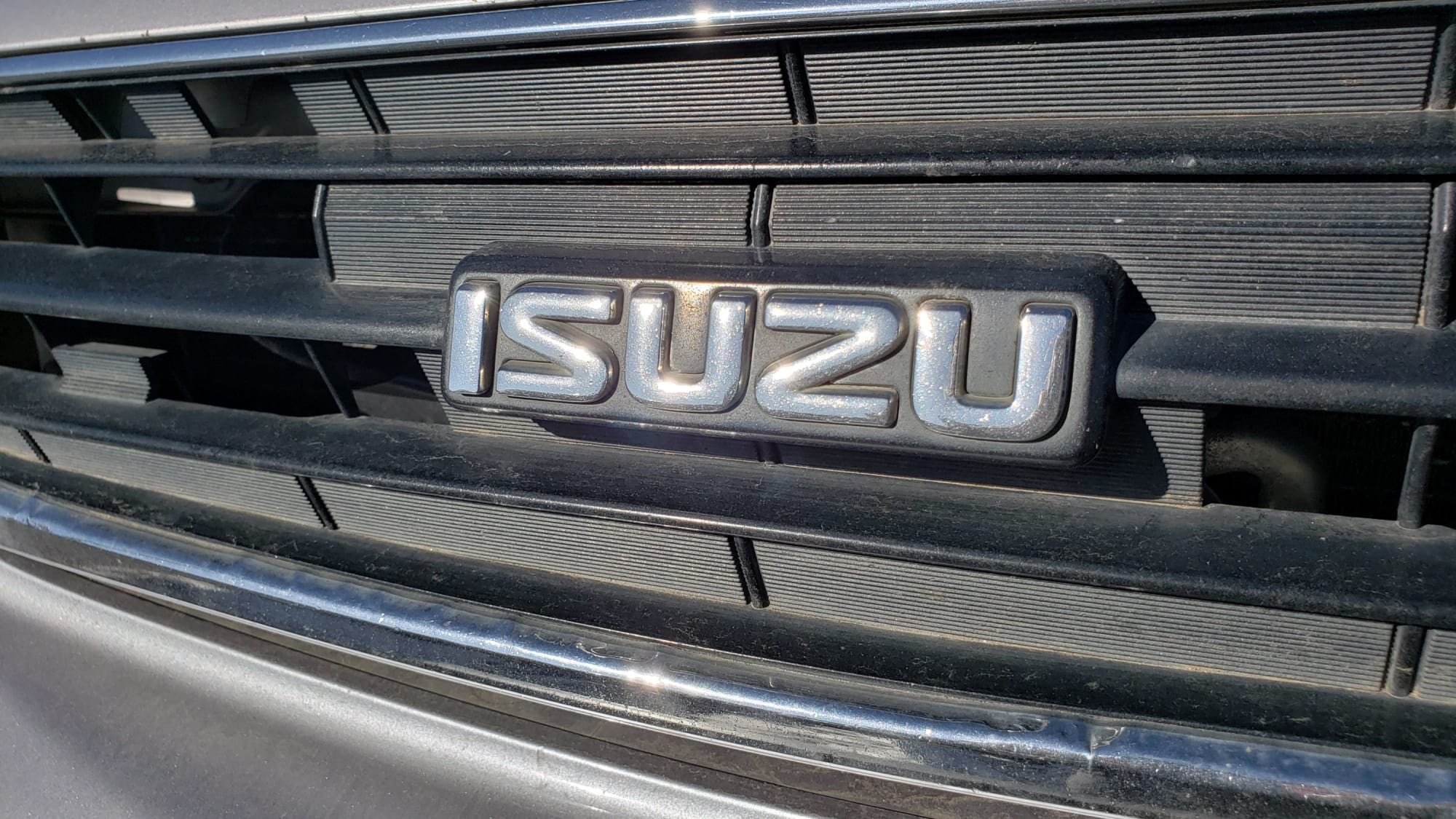 Collectible? Not at all. But an interesting piece of automotive history.

I can't find any Oasis ads online, so let's watch a JDM commercial for the first-gen Odyssey, featuring the Addams Family.