The reality of how much you'll earn as an Uber driver

Ridester
When it comes to forecasting how much you might earn as an Uber driver, we wanted to share some insights with you about some factors you should take into consideration Some are obvious, while others you might not think of, simply because you don't face them day to day, or because you don't have prior experience working with a company like Uber. If you've never driven for Uber or Lyft, we're here to offer what could be valuable information from an experienced driver's perspective.

On the surface, it seems like it should be fairly easy to determine how much you can earn as an Uber driver. Just check out what they pay per mile and per minute in your city and then calculate approximately how many passenger miles and minutes you think you could drive in an average hour, and you'll get a rough estimate of how much you could earn per hour.

But don't forget to deduct Uber's 25% commission. Then subtract what you estimate your normal hourly car expenses would be, and you're good to go. However, there's a little more to the story than meets the eye. There are many factors that aren't quite so obvious.

It's very easy for people to recognize the costs that come out of your pocket every day. Typically a driver will drive 6-8 hours, make $70-$90 and go fill up his tank with gas. If the fill-up costs $12, he will think he made somewhere between $60-$80. If he had to get an oil change that day, he'll subtract that from the total as well.

There are those common daily, weekly or monthly costs that drivers easily recognize and factor into their regular monthly expenses: things like gas fill-ups, oil changes, frequent brake pad replacements, that all drivers are familiar with. These are routine enough that it's pretty easy to come up with a rough monthly estimate of how much they'll be. However, there are other costs that — due to the fact drivers don't see them every day — are more difficult to predict. 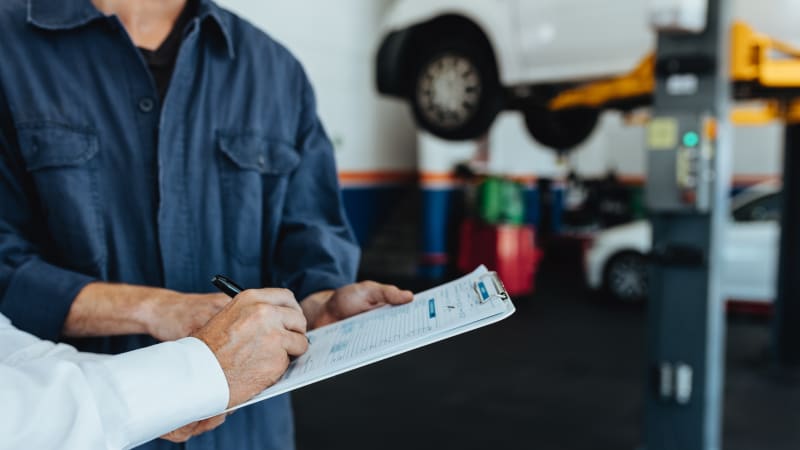 Every driver knows that eventually they'll have a major mechanical malfunction. What they can't know for sure is when it will happen, what system will fail and how much it will cost to replace or repair. Those costs today could be devastating to an Uber driver.

In the pre-Uber days, for-hire drivers used to earn enough to set aside a little money each week to cover those expenses when they came up. But today, these same drivers are barely able to make ends meet. They're usually spending the last week of the month figuring out which payments they can be late on without too many penalties. They're typically stressing out about how they're going to pay their rent or mortgage and their car loan or lease.

If you drive long enough, a major maintenance problem will inevitably come up. Realistically, full-time drivers should set aside $150-$200 a week in a separate account to be available when that major mechanical failure occurs. They should set this money aside until they've saved up $10,000. That should pretty much cover them on most major mechanical bills, or even get a new vehicle if it comes to that.

One of the largest expenses full-time Uber drivers incur is truly unseen until it comes time to sell their car: depreciation.

> Related: The best vehicles to drive for Uber or Lyft might surprise you

A lot of times when I talk to drivers about this, they tend to blow it off and say it's not that big of a deal. The only reason I can guess that they say that is because it's hard to understand just how much this "invisible" expense will cost them until it comes time to trade in that old beat-up car for a newer one. I've talked to a few veteran drivers who have told me that when it came time to get a new vehicle, they simply couldn't afford to because the trade-in value on their old Uber vehicle was much lower than they had realized. That has actually ended the careers of more than a few drivers. 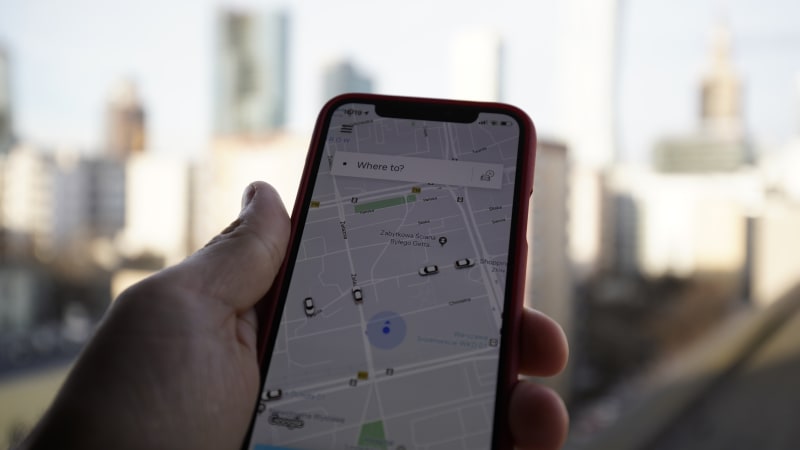 The most detrimental factor to drivers is something that is almost completely unseen by the non-Uber-driving world. It is Uber's capriciousness. "Capricious" means "given to sudden and unaccountable changes of mood or behavior " which describes ride-hailing companies perfectly.

Here's how it hurts. Take an experienced driver, for example. Experienced drivers can make a little more per hour than inexperienced drivers. There are some tips and tricks veteran drivers pick up along the way, and they benefit from that knowledge in ways that new drivers can't. However, just when you think you have it all figured out, Uber will inevitably pull the rug out from under you, making sudden changes, with little to no warning.

These changes always result in it becoming more difficult for drivers to earn a living. It's almost as if they know the moment you get things figured out. You can be making decent money, then they issue a policy change that reverses all your gains. In other words, the longer you work for them, the harder it gets. That's the opposite of what people expect when they take on a job, and it explains the sky-high rate of turnover.

One thing Uber has been completely consistent with is that when they lower rates to passengers, they pass those decreases onto drivers in the form of pay cuts. But when they increase passenger rates, they never pass the increase on to drivers. When they were in their rate-slashing phase, they told drivers they had to pay them less because they were charging passengers less. But when they began increasing passenger prices, they told drivers that their pay was no longer tied to the passenger's fare, but rather to the distance and time rates they had previously established at the lower prices.

In the beginning, Uber's rates were some two to four times higher than they are now. Passengers paid that much more and drivers made that much more. Then they started slashing rates once or twice a year. Each time they cut rates, they cut driver pay. After a few years of that, they implemented a new passenger feature called "upfront pricing," where they tell passengers what the total cost of their trip will be before they confirm their request for a driver. Soon after that, we started seeing information from drivers suggesting Uber was charging passengers for longer distances and more time than trips actually took. But they were paying drivers for the exact time and distance, which almost always was less than they had charged the passengers.

Uber has also slashed the percentage they pay to drivers. Originally, they paid drivers 80% of the fare and kept 20% for themselves. After a couple of years, they started paying new drivers just 75% and keeping 25% for themselves (a 25% increase for Uber). Then, after they implemented upfront pricing, drivers started sending us screenshots of the earnings page from their driver app showing that Uber was frequently taking 60% or more and paying drivers just 40% or less of the fare.

A word of warning

Because of Uber's (and Lyft's) track record of changing policies with no warning, we recommend that drivers use an extreme amount of caution when deciding whether to and how much to invest in a new car if their primary purpose is to use it for ride-hail driving.

If Uber grandfathered in existing drivers and allowed them to continue driving under the system and rates that were in effect when they first signed up, this wouldn't be such a serious problem. But we've seen drivers calculate how much they could spend on a rideshare vehicle based on Uber's current rates. Then later, after Uber slashed the rates (sometimes by as much as half), these drivers were then stuck with a car loan they had to work 60-70 hours a week to pay off.

Regardless of your strategy, you should plan as much as you can for inevitable maintenance, depreciation, and be setting aside money whenever you can. You never know when a policy change could affect the earnings you had come to expect, or a mechanical issue will leave you searching for a new vehicle.