View All Specs
Add a Review
ROSAMOND, Calif. — Our first drive of the Lamborghini Huracan EVO in Bahrain earlier this year revealed that its dramatically reworked new tech makes it far more than simply an evolution ­– hence the EVO name – of its LP 610-4 predecessor. If you care about lap times, it even managed to best the outgoing LP 640-4 Performante around Nardo.

While our first drive left us impressed with the EVO's responsiveness, forward-thinking performance enhancements, and (finally) modernized multimedia interface, we did have some lingering questions about its at-limit dynamics on the track. With all-wheel steering altering its responsiveness at higher speeds, it begged the question: Is something getting sacrificed on the road to supercar perfection? To find out, we got more seat time in the latest iteration of Lamborghini's $261,274 entry-level supercar at Southern California's Willow Springs International Raceway.

First and foremost, the mighty 631-horsepower V10 roars to life with a familiar, free-breathing bellow that triggers one hell of a distinct sense memory. It's gloriously devoid of sound-sapping forced-induction, and it still fires up via a missile launcher-style button on the center console. Once the exhaust valve opens, the engine sings in a refreshingly sonorous way that turbocharged competitors simply can't hold a candle to. Hallelujah.

Gone (but certainly not missed) from the cabin is the ancient Audi-derived MMI system, replaced by an 8.4-inch capacitive touchscreen that's a quantum leap over the old system, making the EVO feel fully modern inside – at last. Outside, a subtle restyling integrates improved aerodynamics; the front bumper and rear spoiler collectively create seven times more downforce than before. It looks muscular enough to park next to the steroidal Performante, with its big, fixed rear wing, and not look like a letdown. 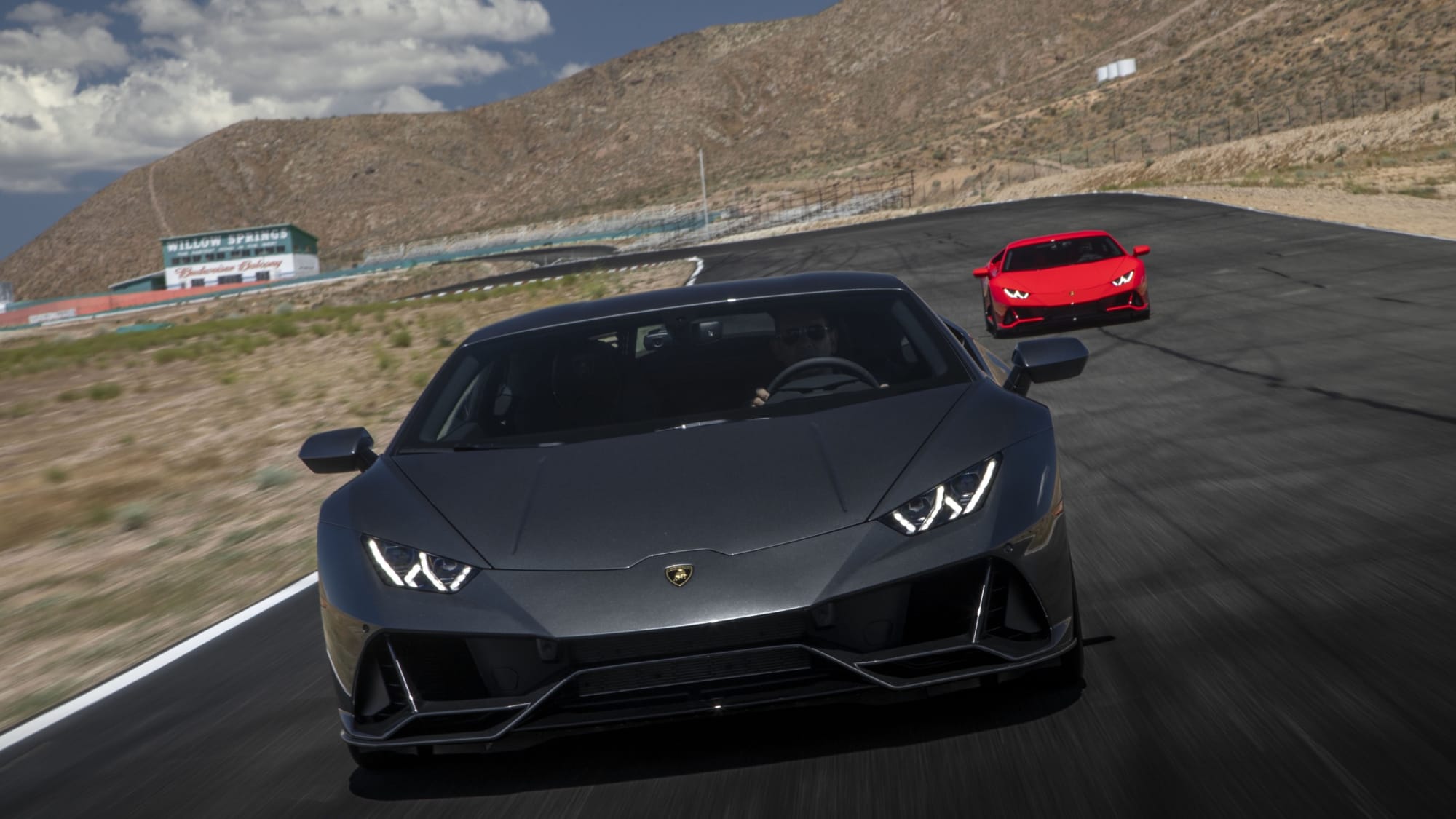 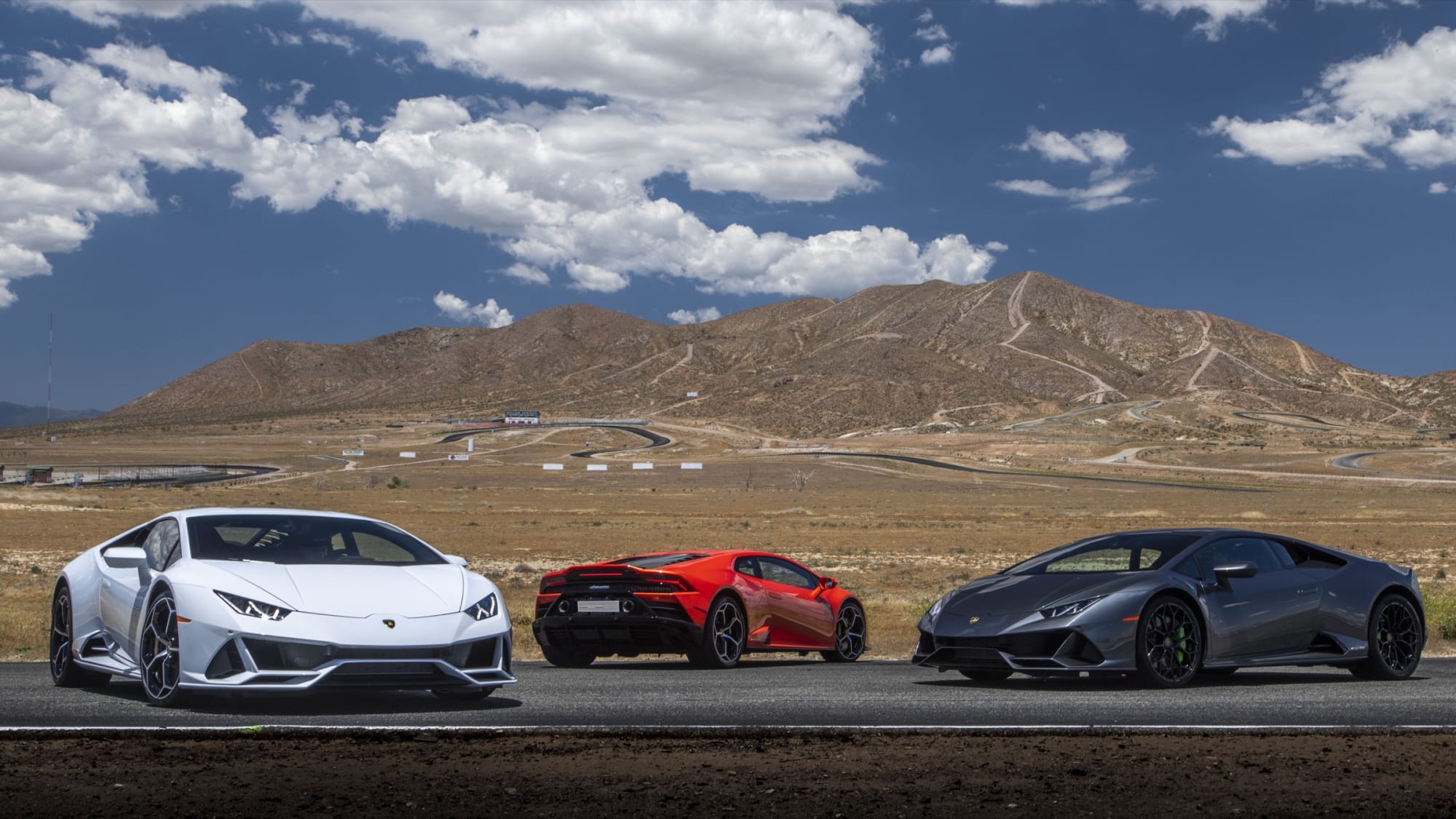 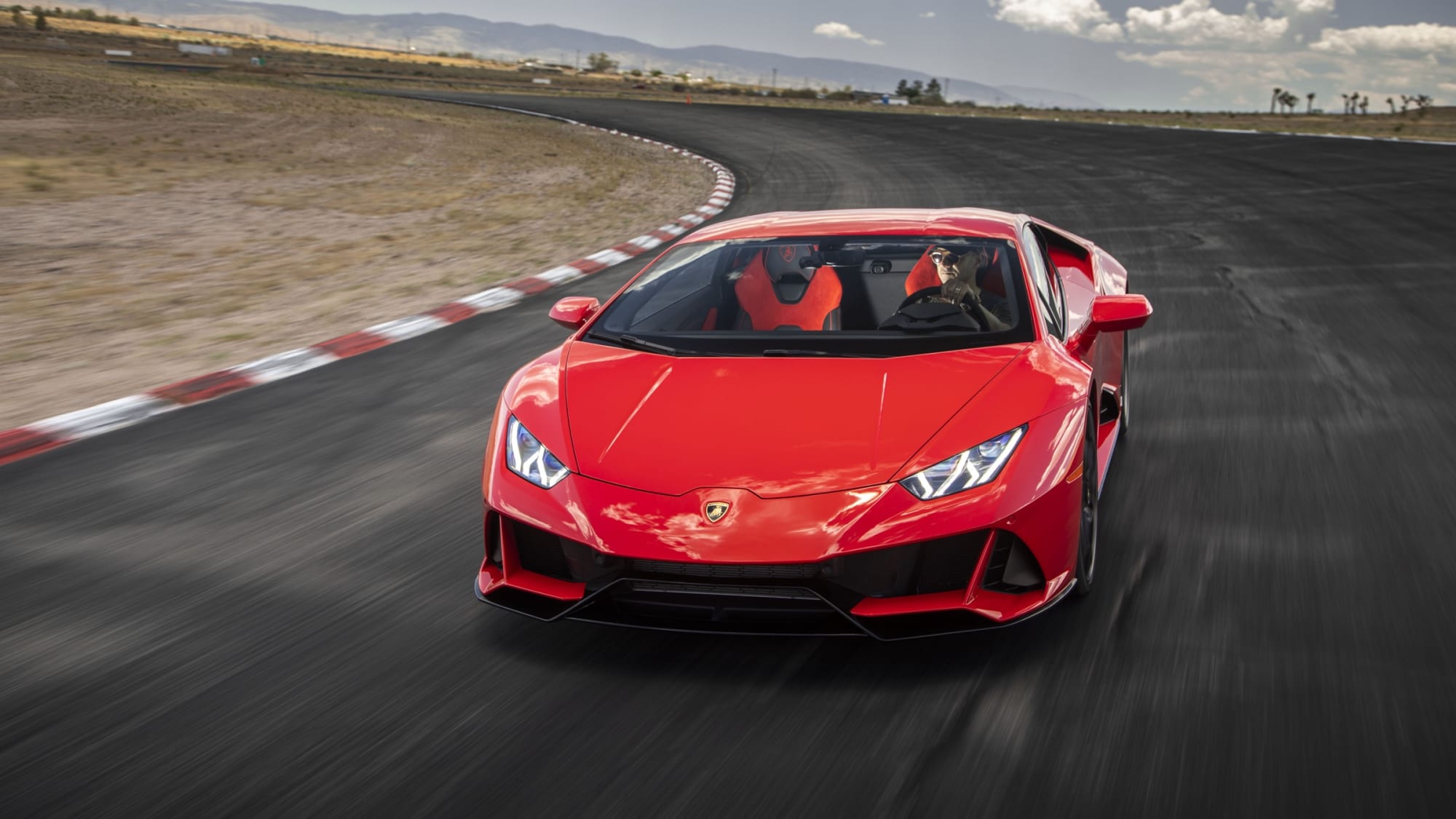 Behind the wheel in pit row, there's little clue to the EVO's multitude of lurking electronics, which includes three accelerometers and three gyroscopes. It's over 100 degrees Fahrenheit here at Willow Springs, and unlike cobbled-together Lamborghinis of yore, the EVO stays cool after running hot laps. It's more palpable evidence of the Volkswagen Group's dramatic improvements to Lamborghini's functionality and durability.

Before attacking the full track, I put the EVO through a low-speed slalom run, which showcases the all-wheel steering system quite successfully. Handling and transitional response, especially at low-to-medium speeds, proves as sharp as I remember thanks mostly to the all-wheel steering system. Not only does the EVO defy its dimensions while dicing through the slalom, feeling smaller than its footprint suggests, it also negotiates U-turns with a surprisingly tight turning radius. Judging a Lamborghini on these pedestrian parameters would usually make me roll an eye, but small things like avoiding Austin Powers-style 12-point turns can actually go a long way towards a supercar feeling, well, super in everyday driving.

On the other end of spectrum, piloting the EVO on Big Willow's road circuit requires more acclimation that one can manage in the four laps stint we were given – despite my prior track experience with the car. During my third track session at the Bahrain F1 circuit in the EVO, it felt "like a different car altogether – a more capable supercar than I initially thought." And yet, re-approaching it after that experience, the first encounter with a high-speed bend at Willow was somewhat counterintuitive. Because the four-wheel steer system can alter its switchover point between steering and countersteering anywhere between 31 mph and 68 mph, the vehicle's yaw rate can vary enough to erode your confidence in the car's limits. The Huracan's all-wheel drive and all-wheel steering configuration brings several layers of dynamic complexity that aren't completely smoothed out by the so-called proactive dynamics system. 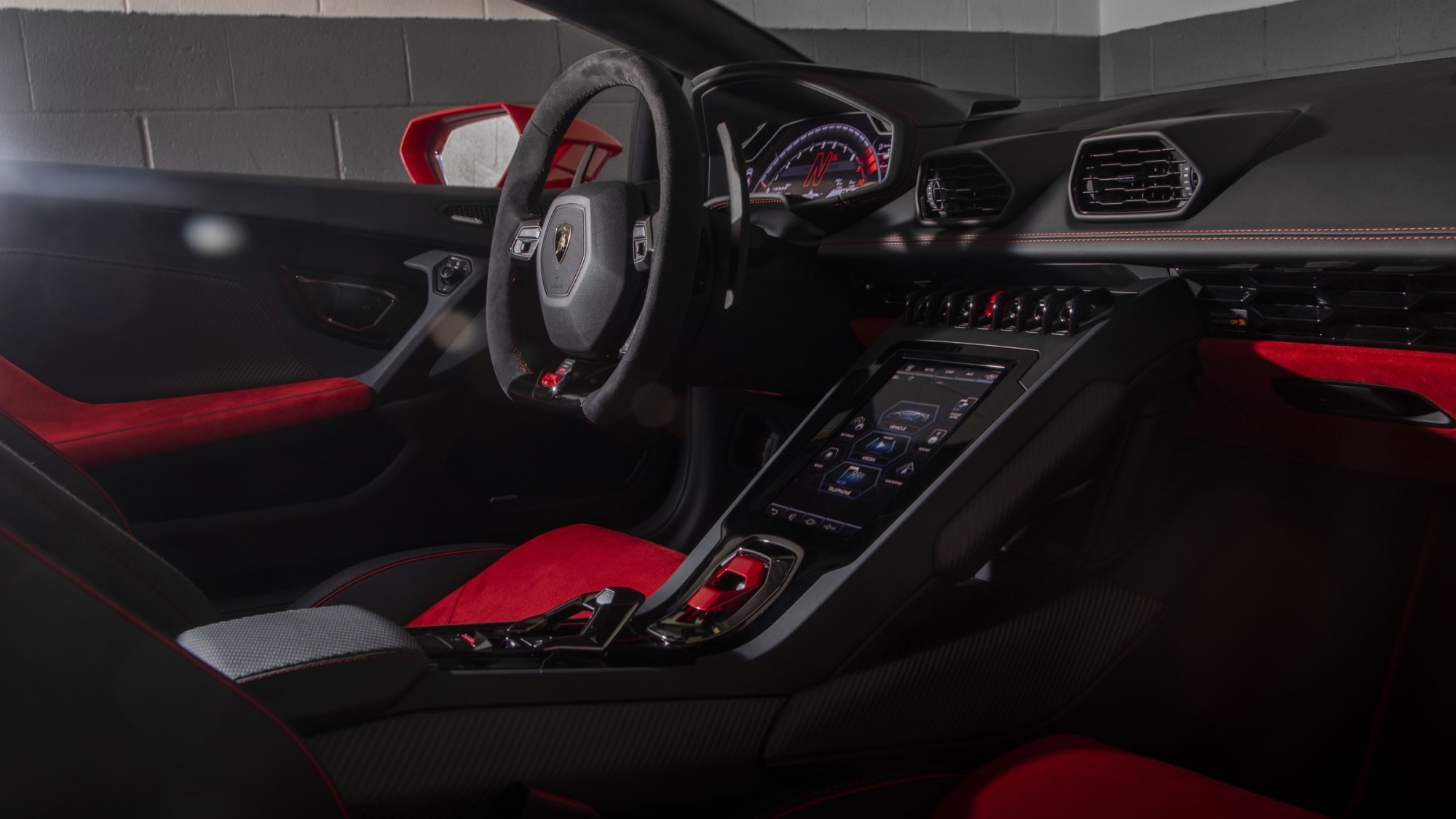 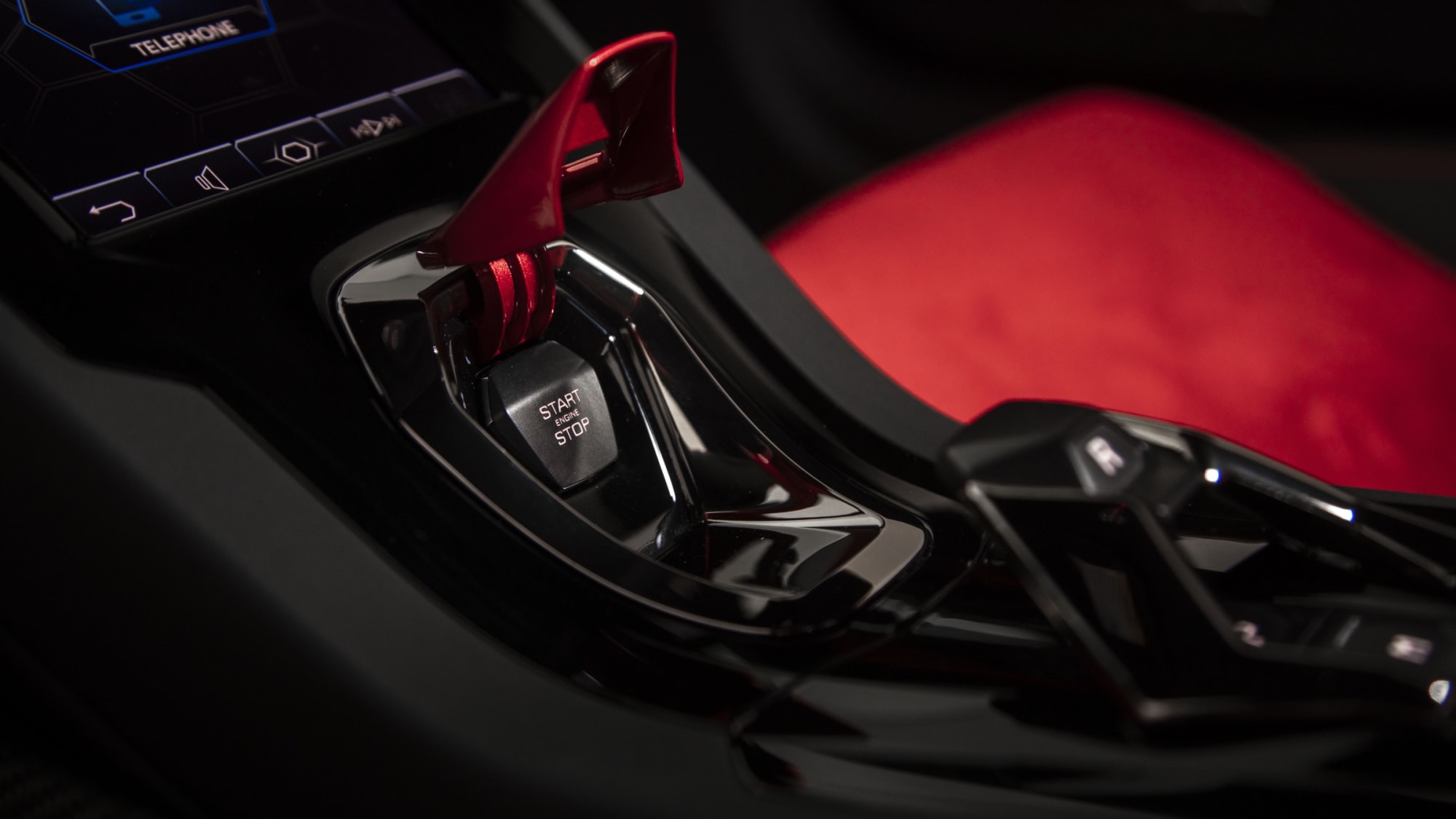 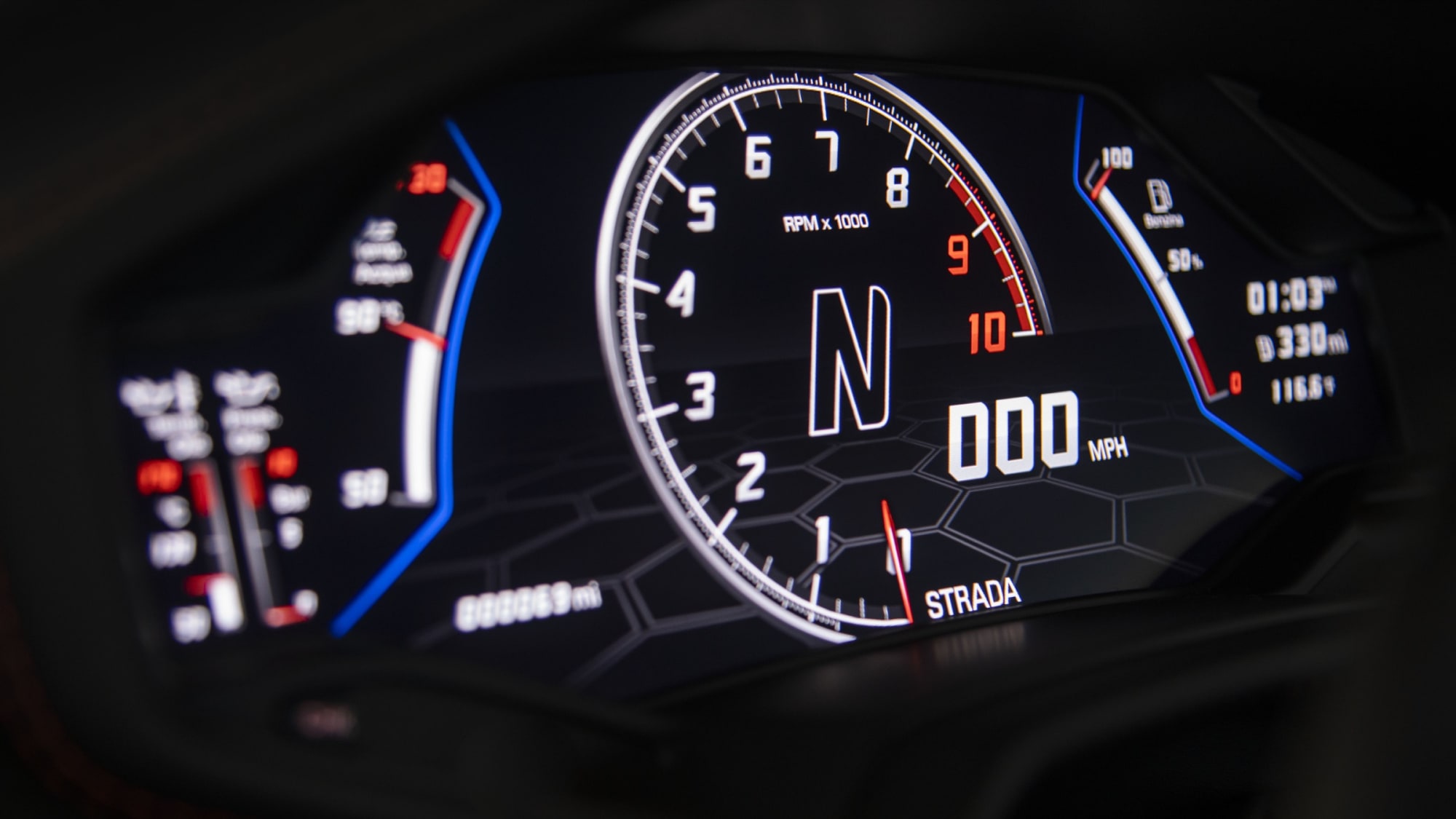 One Lamborghini spokesperson at the original track drive noted the manufacturer has never put so many new innovations into a model before, which sounds entirely credible. The new EVO brings a rare combination of much-needed advances while retaining one of the most charismatic modern engines around.

While there's no denying that there's a wealth of capability lurking beneath its sharply creased sheetmetal, shouldn't a supercar at this price inspire higher speeds with linearity and confidence, not second guesses at the limit? Yes, the EVO offers a broader, more versatile performance repertoire, but I couldn't help but wonder if all-wheel steering is trying to push the formula too hard. While Lamborghini's goals are noble, their system doesn't work with the subliminal ease of, say, a Porsche 911 GT3 RS. In sum, my second track encounter with this car left me nostalgic for the Performante's more straightforward, plug-and-play spirit.

That said, Huracan EVO owners are much more likely to pile up miles off the track than explore the final few tenths on it, and the EVO's lower-limit dynamics are stunning. It just might take another round of evolution for the advanced electronics to fully and completely merge with the EVO's highly developed chassis. 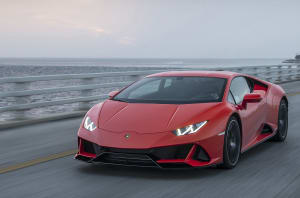 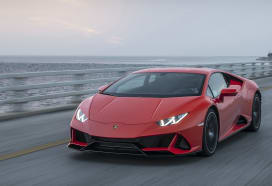 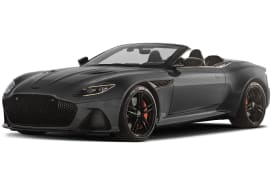 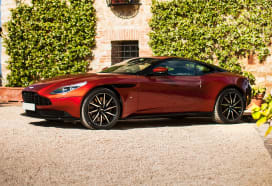