Spending so much time in cheap U-Wrench-It junkyards gives me an edge when I do my job evaluating race-car values as Chief Justice of the 24 Hours of Lemons Supreme Court, because I know which allegedly desirable cars have depreciated to scrap levels— all I have to do is check the inventory at my local U-Pull-&-Pay or Pick-n-Pull! With BMWs, the E36 3-Series hit Full Depreciation more quickly than its E30 predecessor, with beat-up discarded examples appearing in large numbers starting in about 2009. The E36's Z3 cousin took a bit longer to reach that point, but they have arrived. Here's a '96 that I saw last month in Northern California. 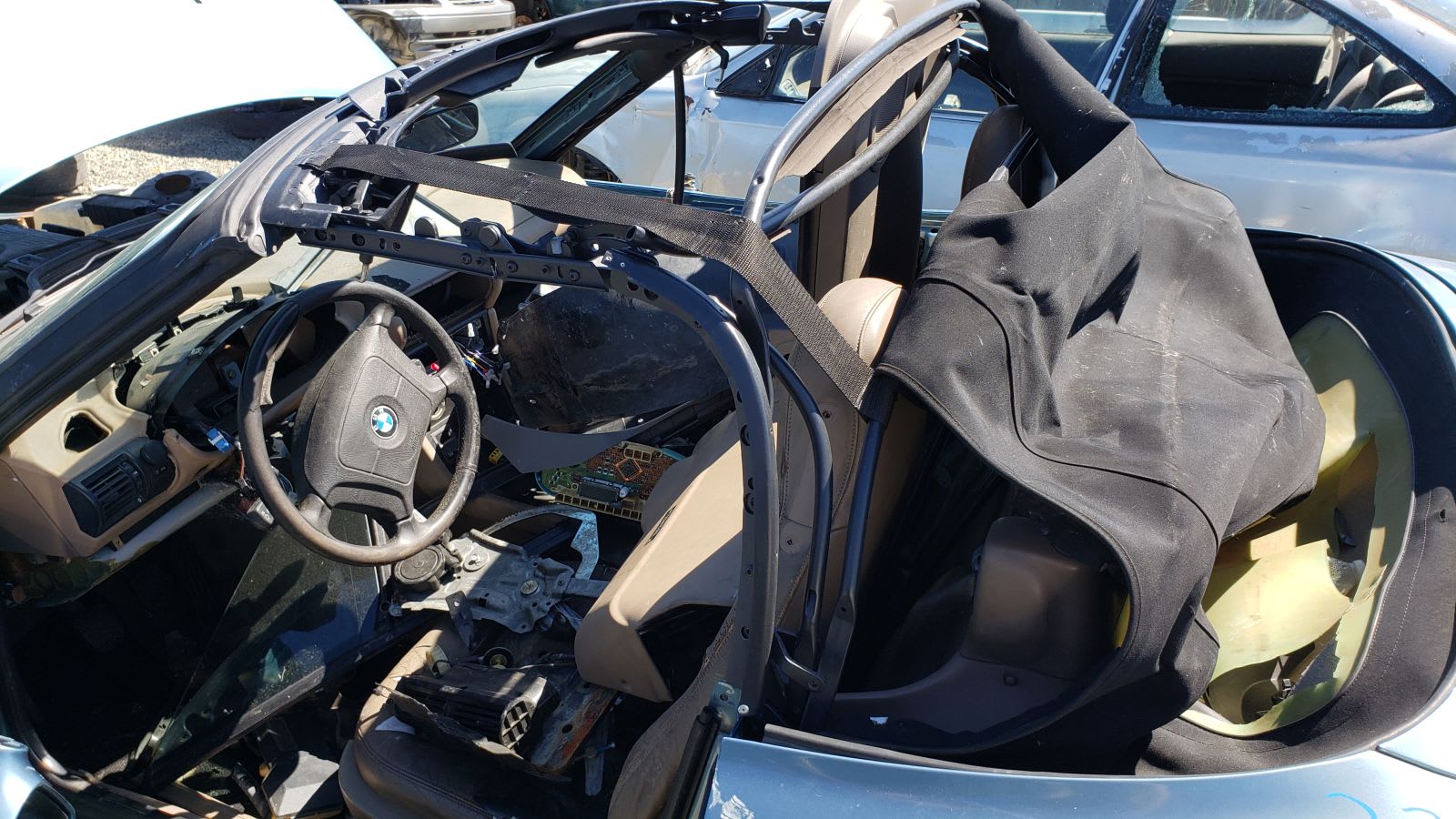 These cars are still sufficiently rare in junkyards that most of them get picked over pretty quickly, with instrument clusters, headlights, taillights, and other easily eBay-able bits getting snapped up right away. 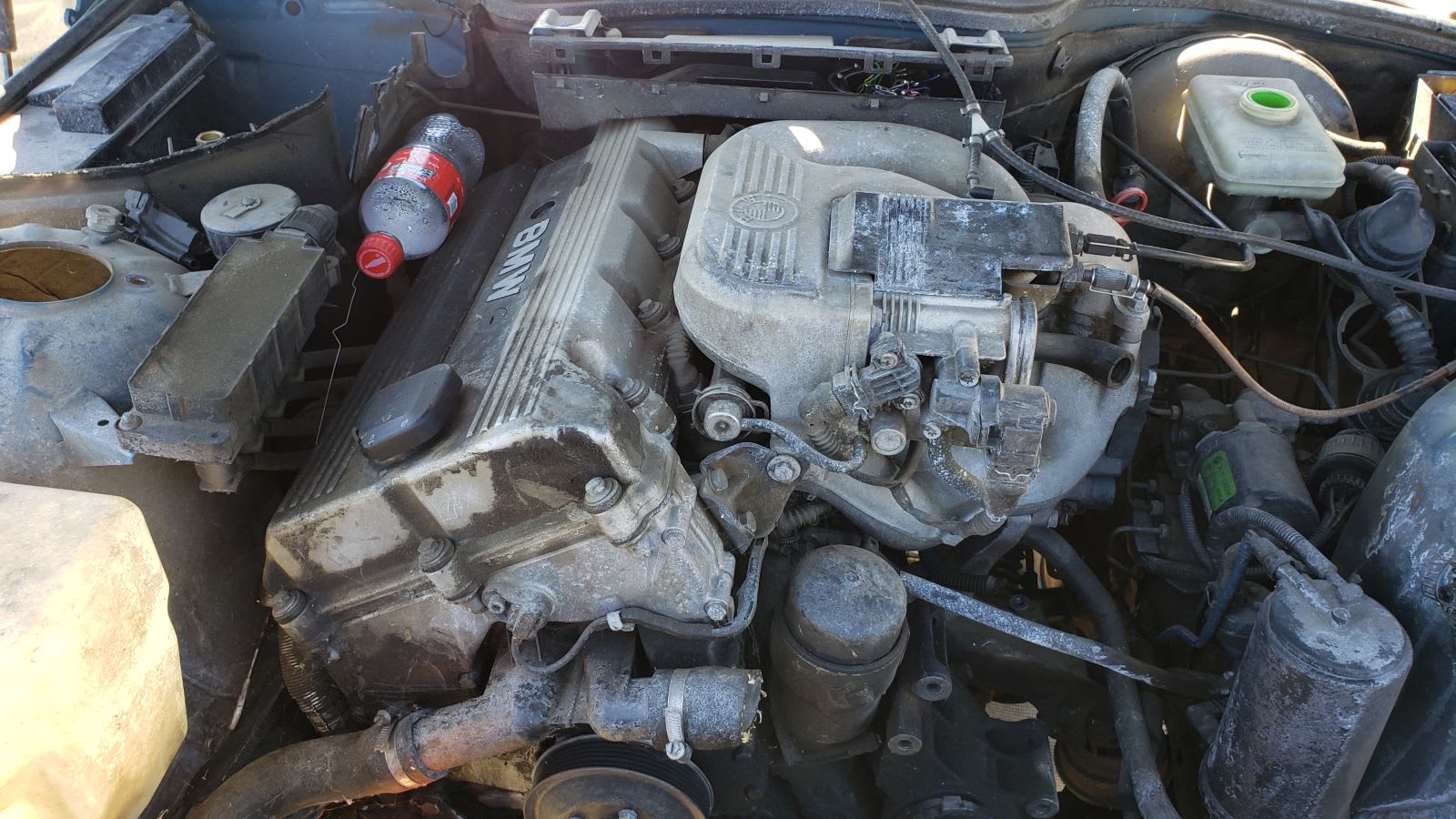 Because the junkyard-common E36 shares the running gear and most of the suspension with this car (there's some E30 stuff in the rear), engines and transmissions are dime-a-dozen components and mostly stay with the car until it gets pulled from junkyard inventory and crushed. This car has the M44 straight-four, rated at 138 horsepower, and the 5-speed manual transmission. 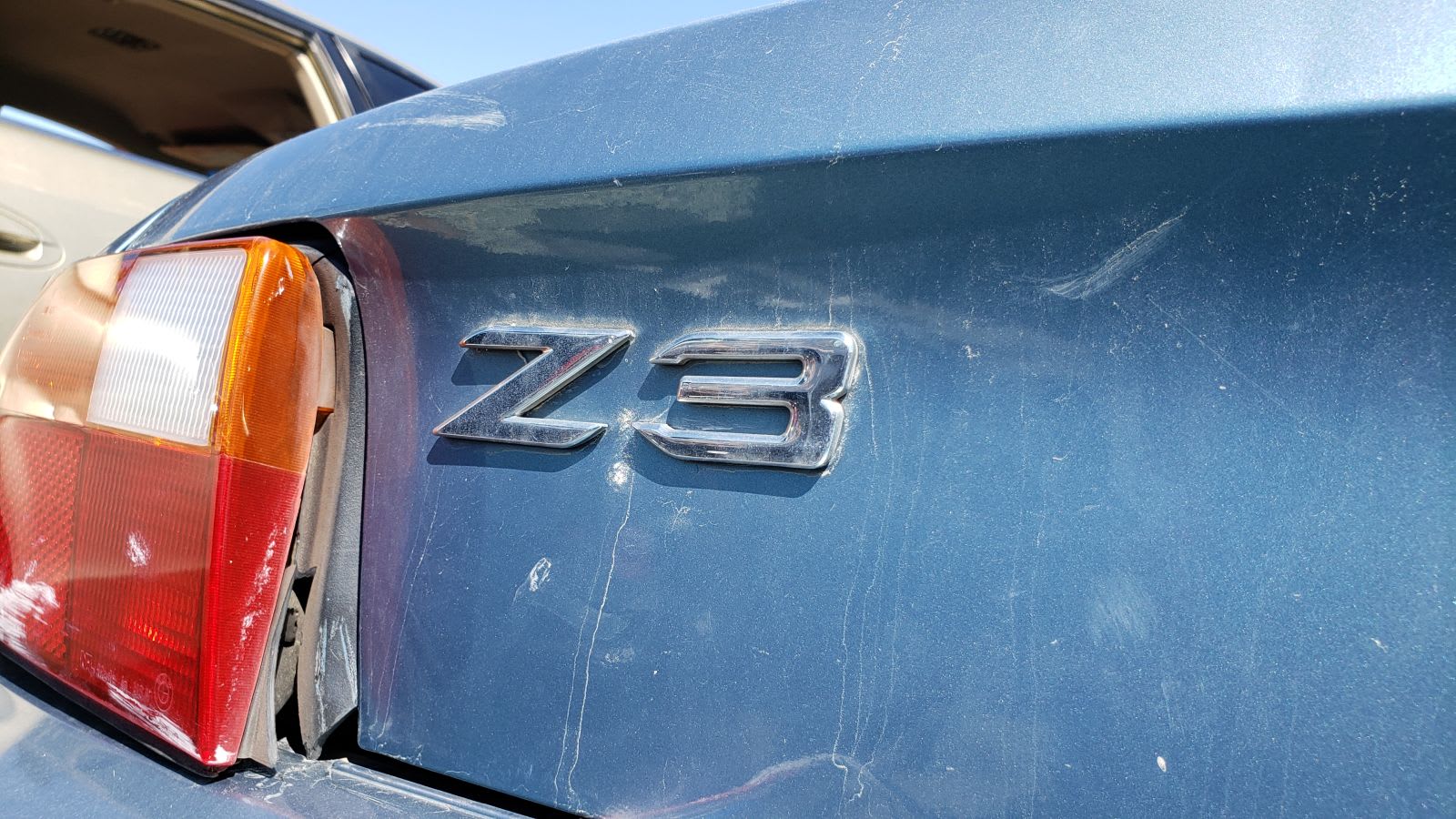 During the Dot-Com Boom of the late 1990s, I worked at a tech startup in San Francisco's " Multimedia Gulch" South-of-Market area, and the Human Resources people had a great idea: offer a new BMW Z3 as the prize for the employee who referred the most new hires during the year! They bought the Z3 and parked it outside my office window. 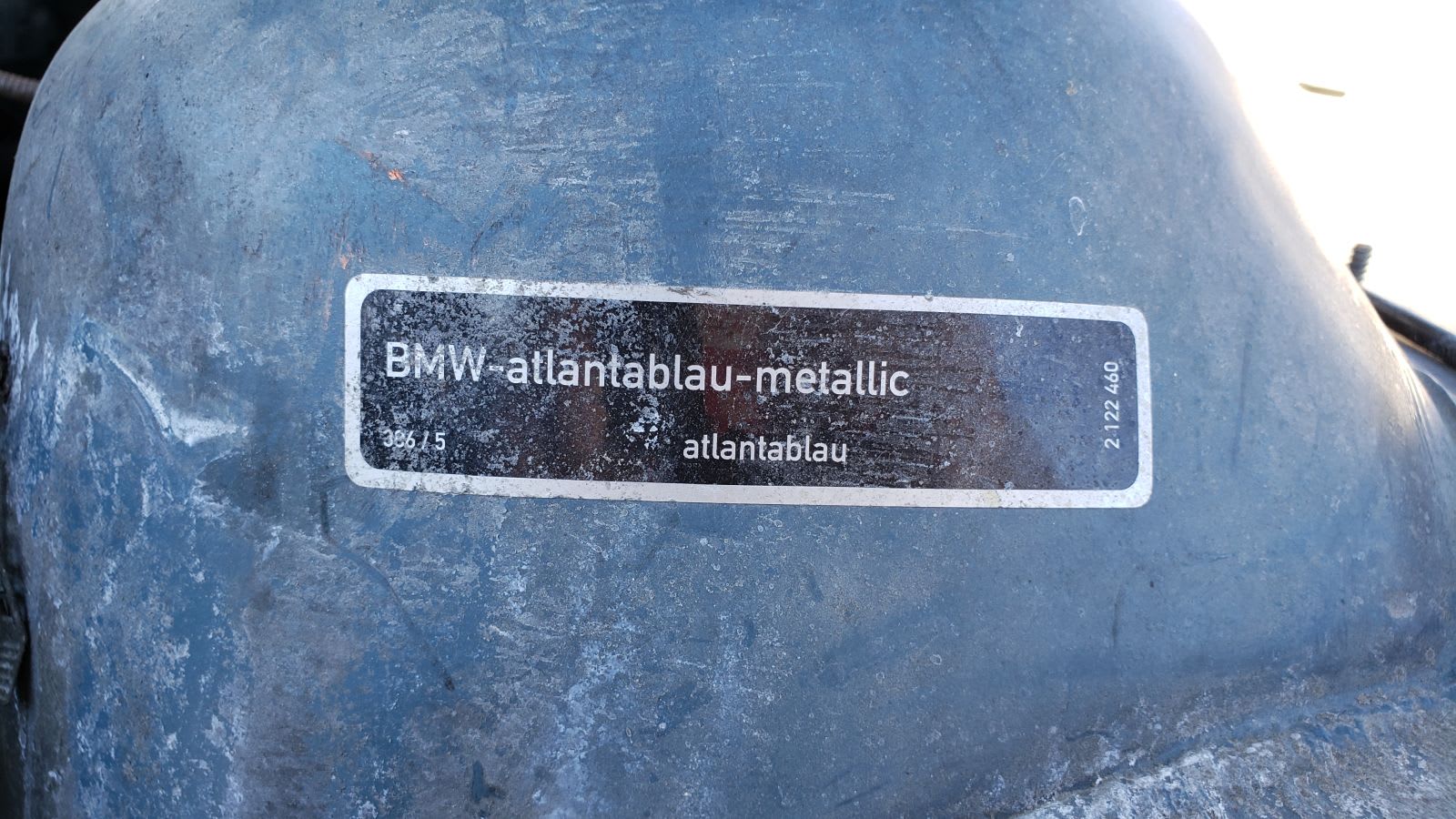 It was an Atlantablau-Metallic car, just like today's Junkyard Gem, though it would have been a 1999 or 2000 model. Then the crash hit and the Z3 disappeared during all the layoffs and reorganizations. Maybe they sold it to pay for their Webvan bill. 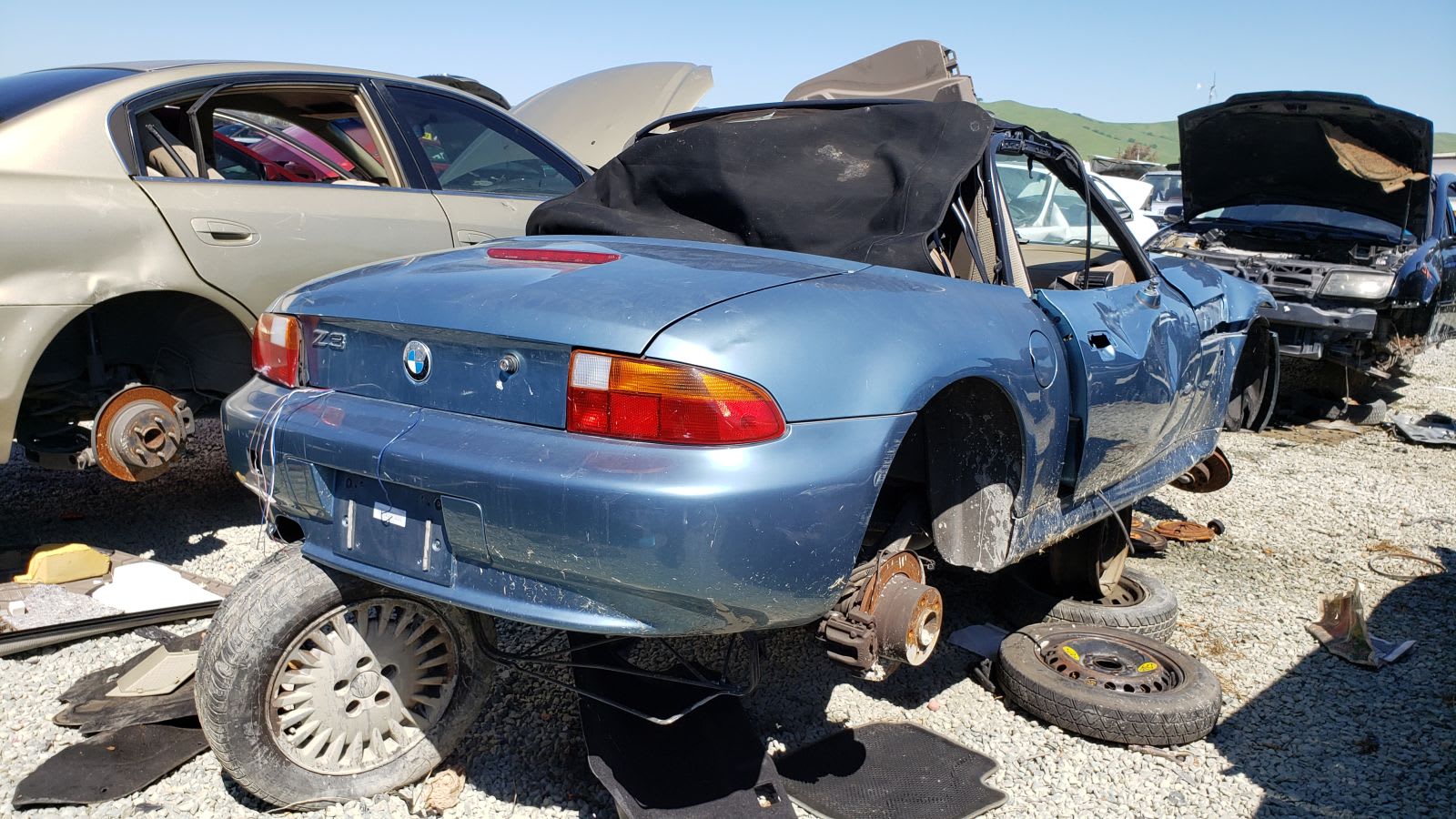 It will take another few years for nice Z3s to show up in yards like this (this is already happening with the Audi TT), but that day will come. Meanwhile, the Honda S2000 manages to stay out of these places.

Those Caprice-driving coppers just couldn't wait to get into a Z3 Roadster, at least in the German imagination.