The next-generation Toyota Tundra should show it's big ol' face sometime this year or next, relinquishing its title of oldest full-sized pickup on the market. TFLTruck said it received "an anonymous tip with insider information" claiming the new Tundra will use a 3.6-liter twin-turbocharged V6 boosted by some kind of electrification as the top-trim powertrain. Total output would figure somewhere around 450 horsepower and 500 pound-feet of torque.

The Tundra and Tacoma will move to a new global truck platform internally coded " F1" that must have been engineered for hybrid units. Toyota execs have hinted at the Tundra's electrification in interviews, the automaker's chief engineer of trucks and commercial vehicles saying the new full-sizer will be obligated to lower its greenhouse gas emissions.

The rumored V6 setup sounds based around the engine in the Lexus LS 500; the sedan uses a 3.5-liter twin-turbo V6 that throws 416 hp and 442 lb-ft on 91 octane. If that's the engine, and the TFLTruck tipster's numbers are accurate, the electric assistance in the Tundra will be even more restrained than that in the Lexus LS500h. The hybrid executive sedan uses a naturally-aspirated 3.5-liter V6 making 295 hp and 257 lb-ft on its own. The electric motor is rated at 177 hp and 221 lb-ft, giving the LS 500h a total system output of 354 hp and 369 lb-ft.

Tuning the hybrid system for truck use and swapping the current six-speed automatic for a 10-speed auto could return a huge mileage increase. The source said the next-gen Tundra will get more than 30 miles to the gallon. No V8 Tundra breaks into the 20s at the moment, the 4.6-liter rated at 19 mpg on the highway in base SR5 trim.

With the F1 platform still nearing completion, and the body and bed design not yet signed off, we shouldn't be surprised at another year passing before we see anything with production intent. A 2021-model-year truck would fit with the Tundra's seven-year generation cycles, though. Mules have been spotted in Michigan — trailed by a Ford F-150 — and we've been told that we should "expect some big changes" with what's on the way. One of those advances could be a coil-spring or air-spring setup for the rear, akin to what the Ram 1500 has, and delivering a smoother ride. 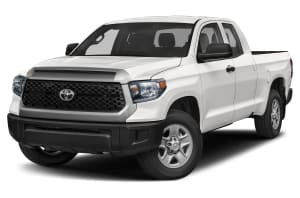 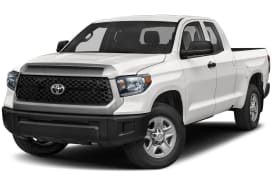 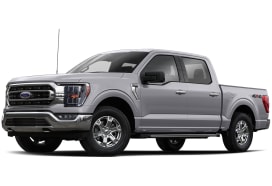