After Fiat pulled out of North America in 1982, the X1/9 became a Bertone over here.

Sales of the Fiat X1/9 began in the United States in 1974, and the price tag was very reasonable for a mid-engined Italian two-seater. For a time, these cars were common sights on American streets, at least in non-rusty areas. Then Americans became disillusioned with the Fiat brand, and the company folded its tent and departed the continent after 1982, not returning until 2010. Automotive dealmaker Malcolm Bricklin saw an opportunity at that point, and his company began bringing in 124 Sport Spiders badged as Pininfarinas and X1/9s badged as Bertones. Here's an '85 Bertone in a California wrecking yard. 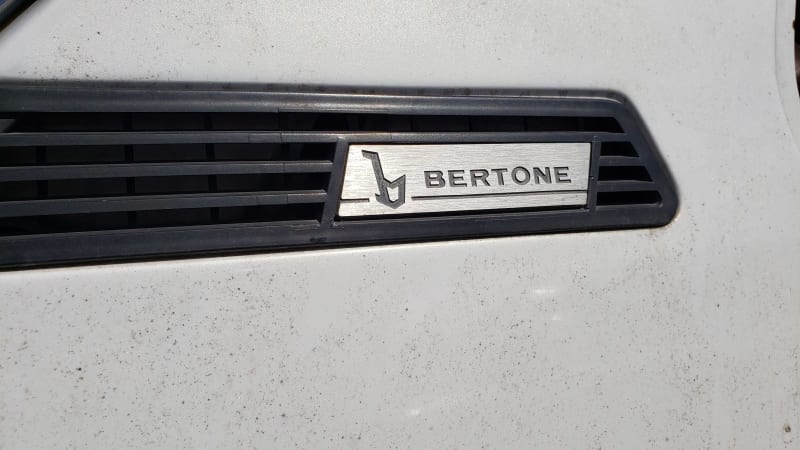 Fiat had hired Bertone to design the X1/9 in the first place, so the badging change wasn't so jarring to those Americans familiar with the car's history. Bricklin introduced Subaru cars to the United States in the late 1960s, started his own car company in the middle 1970s, then went on to bring a Yugoslavian-built Fiat 127 variant to these shores, via the same company that was already bringing in the X1/9. 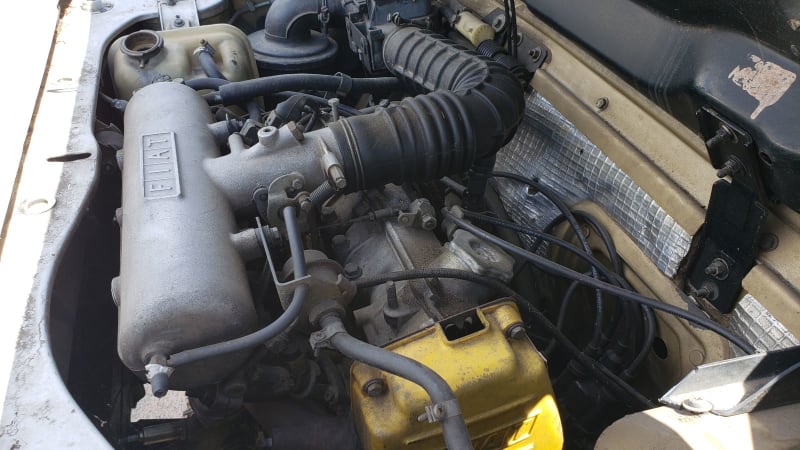 Power came from what amounted to a Fiat 128 engine/transaxle assembly, mounted just behind the rear window. In 1985, the Bertone X1/9 had 75 horsepower and weighed just over a ton. 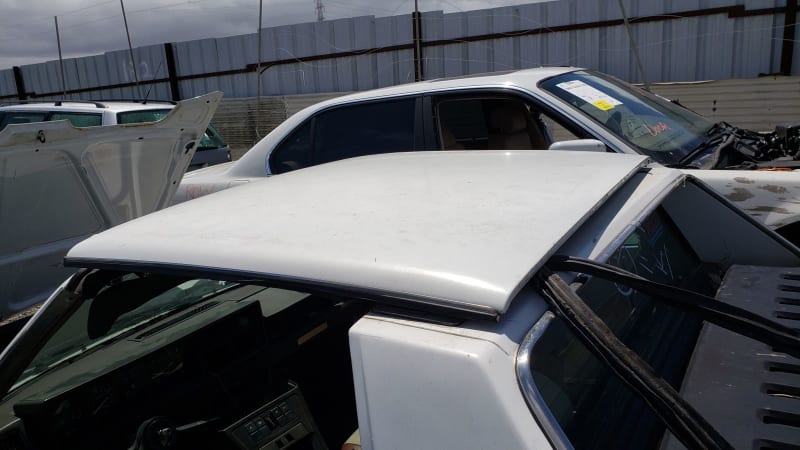 This car still has the allegedly valuable hardtop. I'm pretty sure that every American X1/9 owner has several of these stashed away by now. 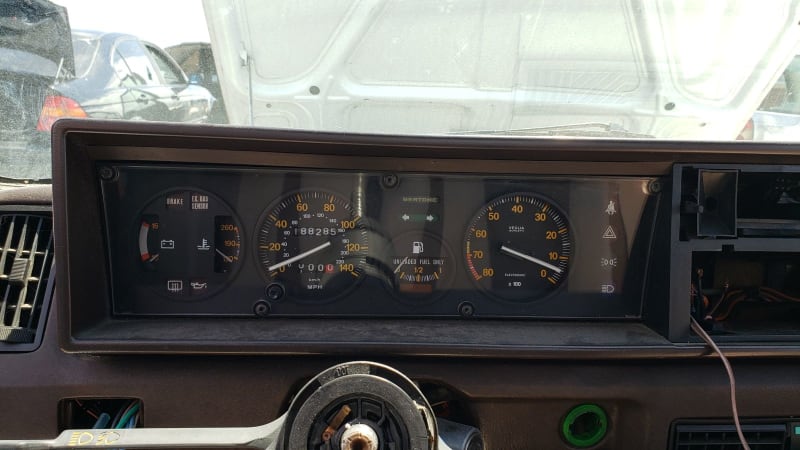 Optimistically, Bertone used a six-digit odometer in this car. 188,285 miles would have been pretty respectable in a 1985 Corolla, never mind a Fiat known for shaky electrical systems and poor build quality. I still see quite a few X1/9s in the big self-service wrecking yards, and even more 124 Sport Spiders. 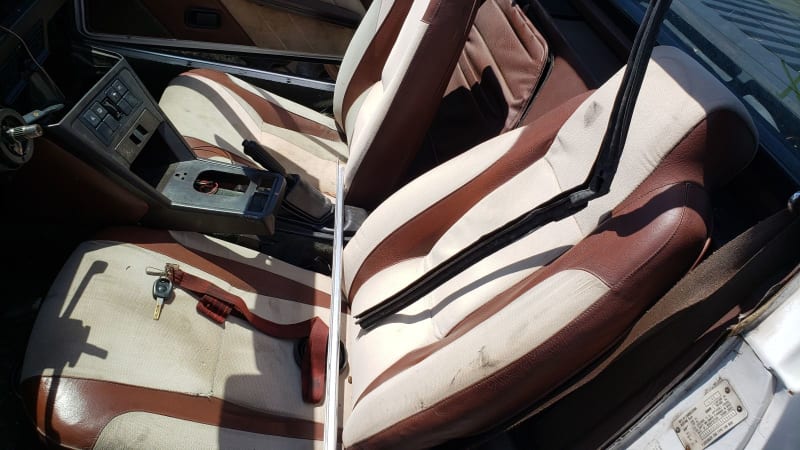 The seat upholstery is very stylish. 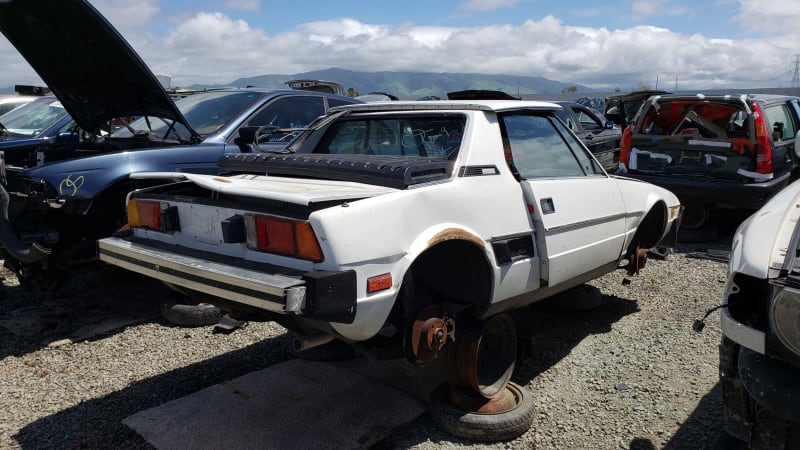 I checked this car's VIN on the California smog-check database, which shows that it last passed the emissions test in 2009. Perhaps something broke soon after that and the car awaited repairs that never came. 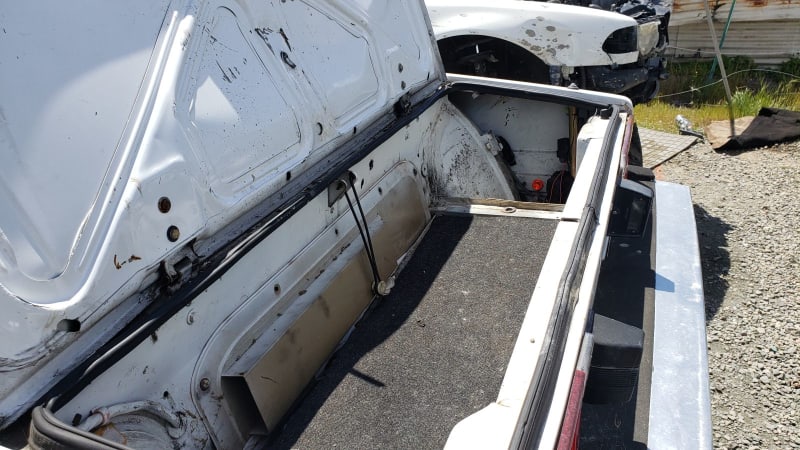 It has both a trunk and a frunk.

Just a thing for a nice leisurely drive on a salt flat.