It sees similar problems through the rest of the year Volvo's fortunes have been revived since it was bought by China's Geely in 2010 but have come under renewed threat with the car sector facing one of its most challenging periods due to trade conflicts, hefty bills to develop electric and driverless cars, and an overall downturn in the industry.

The company, which aims to produce premium cars to rival Daimler's Mercedes-Benz and BMW, has rejigged its global production plans in an effort to blunt the impact of increased tariffs.

Volvo, which last year shelved plans for a public stock listing due to the auto downturn and trade wars, said on Thursday operating profit fell by 19.3 percent to 2.92 billion Swedish crowns ($309.80 million) over the first three months of the year.

Operating margin fell to 4.6 percent from 6.4 percent a year ago, and Volvo repeated an earlier warning that it expected market conditions to put continued pressure on margins over the rest of the year.

"Compared with last year, profitability was affected by higher tariffs and increased price pressure in many markets," CEO Hakan Samuelsson said in a statement. 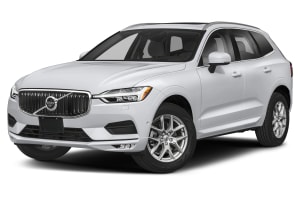