Owners complain of abrupt 'hard shifts' when accelerating or decelerating

Sven Gustafson
General Motors has been hit with a class-action lawsuit from owners who allege the eight-speed automatic transmission found in several rear-wheel-drive Chevrolet, Cadillac and GMC models between the 2015 and 2019 model years has a defect that causes the vehicles to hesitate and jerk when accelerating or slowing down. The lawsuit was posted to ClassAction.org and spotted by GM Authority.

Problems with GM's Hydra-Matic 8L90 and 8L45 transmissions have been well-documented on Internet forums and via complaints filed with the National Highway Traffic Safety Administration, with many reporting damage to their vehicles. The lawsuit was first filed in December in U.S. District Court for the Southern District of Florida but appears to have been transferred recently to New York. Autoblog sought comment from Theodore Leopold, the lead attorney for the plaintiffs.

"These transmissions have a common defect," the complaint reads. "Drivers attempting to accelerate or decelerate their cars feel a hesitation, followed by a significant shake, shudder, jerk, clunk, or 'hard shift' when the vehicle's automatic transmission changes gears." The problem also occurs when the vehicles accelerate in a single gear, without shifting, the plaintiffs allege. "Drivers have reported that the shift is sometimes so violent, they feel as though they have been hit by another vehicle."

The problem is believed to center on the transmission, torque converter or both. The complaint says it causes undue friction, causing hydraulic systems and gears to function improperly and sometimes leaves metal shavings throughout the transmission, leading to costly repairs and replacement of parts or the entire transmission. It says GM has known about the problems since shortly after it introduced the transmissions, and has issued 13 technical service bulletins, none of which have resolved the problem.

The plaintiffs say GM should have warned consumers about the issues and covered repairs under each vehicle's three-year/36,000-mile bumper-to-bumper warranty. They're seeking statewide classes in at least six states: California, Florida, Illinois, New York, Oklahoma and Texas.

The affected vehicles and model years are as follows: Have you experienced a similar issue with one of the above listed vehicles? Tell us about it in the comment section below. 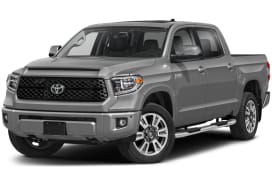