Model could be yours when it goes to auction

Joel Stocksdale
We've seen some pretty astonishing scale models of cars over the years, but this one might be the most incredible. It's a 1:25 scale Ford Escort Mk II rally car built by jeweler Russell Lord, and unsurprisingly for a jeweler, it's made from precious materials, and a lot of them.

For starters, the whole body is made from silver, and then other key body parts such as the front grille, rear spoiler and wheels are made from gold. The headlights, driving lights and reverse lights are made from white diamonds, the turn signals are orange sapphires, the brake lights are rubies and the Ford badge is a blue sapphire. And the fender guards and mudflaps are studded with over 600 black diamonds. And as Lord proudly proclaims in the video above, the windows are made from real glass. 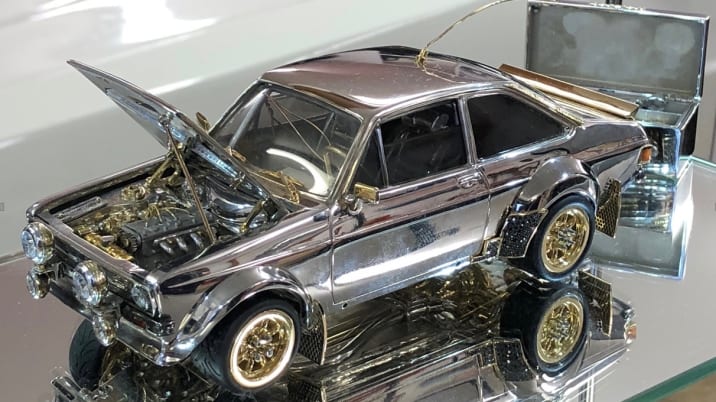 But the attention to detail on this model is even more incredible. According to British car auction site The Market, the interior features a full roll cage, a fixed driver's seat like that of the rally car it's based on, and a fully operational passenger seat. It reclines and even has an adjustable headrest. The handbrake moves, and the platinum shifter does, too. The hubs have actual threaded studs that the four-lug wheels slide onto, and there are lug nuts that can be tightened down with a tiny wrench. The suspension is fully functional with control arms and anti-roll bars and tiny gold springs. The engine also has details such as carburetors, spark plug wires and even spinning timing gears. Lord also notes in the video the work that went into the hood hinges to make sure the hood opened in an accurate way.

Well over 1,000 hours went into the project, which Lord began 25 years ago. According to Lord, he put the project on hiatus until his son saw the partially finished model and encouraged him to finish it. The material cost is estimated at 78,000 pounds, or over $100,000 at current exchange rates. The car may fetch more than that when it goes to auction at The Market on May 2. The proceeds from the auction will go to a few charities Lord has selected, including one to help special-needs kids and parents. Also, now that this car is complete, Lord plans on building another model, this time of an Escort Mk I. 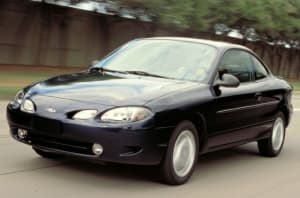