The looks. That has to be the number one reason most folks get turned off the Honda Civic Type R. Fake vents, a giant boy-racer wing, and enough wild scoops and diagonals to make any sculptor look on with horror. But hey, it's a Type R, and it drives like one. Therefore, we sort of forgive it. These new spy shots of what might be a minor facelift of the Type R show things are changing, but just a little bit. We saw shots of this refresh last year, and there are a couple new details, with a whole lot of carryover from before. For one, that's a yellow Type R circling the Nurburgring. It's no guarantee that Honda plans on giving the U.S. market a Phoenix Yellow Type R, but it sure does bode well for our chances. That yellow Type R curiously has camouflage on the roof, too. It's pure speculation, but Honda could be hiding a carbon fiber roof under there. We like the low price of the current Type R versus its competition, but an optional carbon roof would be sweet. The air scoop in the hood is also covered in a camouflage surround, so we'll be looking out for something different there, too.

Then we see shots of a low spoiler version that were in the previous batch we got before, except this one is white instead of red. This could appeal to folks trying to keep a slightly lower profile with their Type R. We dig the look, and are sure there will be a number of "wing vs. no wing" arguments breaking out once the production version of this is released.

As we shift our attention downward to the faux vents, it becomes clear Honda is revising them. Instead of the flat plastic mesh now, there appear to be some protrusions cutting through the piece. It's tough to say what this will look like without the camo, so we'll reserve judgement for the proper reveal. Similarly, the front of the Type R is getting some general maintenance done to hopefully clean that look up a bit, too. Honda also has an especially large splitter attached to the low spoiler one, but it doesn't look like a production piece.

It's unclear when we'll see this refresh hit the market, but Honda is clearly not giving up on the Type R in America anytime soon. As enthusiasts, we can all be happy about that. 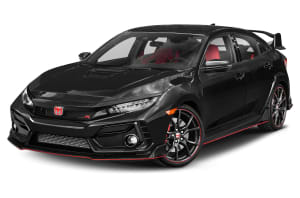 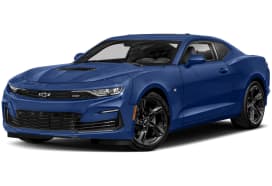