Turo and Hyrecar: What to know before you share your car

You get income and tax deductions, but run certain risks

Ridester
This article was written for Autoblog by our friends at Ridester, a terrific resource dedicated to helping rideshare drivers maximize their potential, as well as providing news, information and money-saving promotions for drivers, riders and other participants in the bourgeoning gig economy.

Are you a rideshare driver disenchanted with late-night pickups and rowdy passengers? Or are you a driver who is looking for an additional income stream when your car isn't in use? Well you're in luck, because now you can make money on car sharing.

But what's the difference between ridesharing and carsharing?

Ridesharing (or, alternatively, ride-hailing) is where you purportedly share a ride with a passenger, which means you have to be in the car doing the driving. Car sharing is where you simply rent your car out to people and they do their own driving. Ridesharing takes a lot of your personal time. Car sharing doesn't.

The two biggest companies in the car sharing space are Hyrecar and Turo. The main difference between the two companies is that Hyrecar is specifically geared toward renting to rideshare drivers such as Uber and Lyft drivers, while Turo is more geared toward the traditional car-rental market, such as business travelers.

If you earn your living or make a second income from the gig economy, both companies offer a good opportunity to make a little extra income off your idle assets. 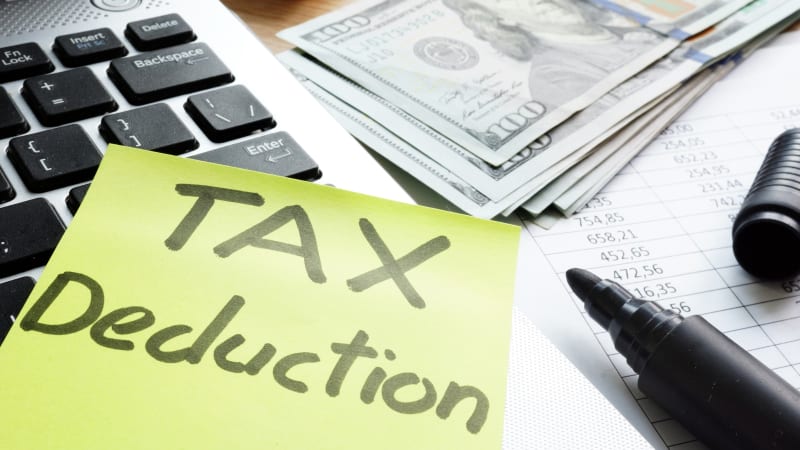 What car sharing is best for

If you'd like to make a semi-passive income off your car, and you have a car that you don't care that much about, then renting it out could be a good option. However, I only recommend doing this if you have a car that wouldn't ruin your life if it got destroyed.

Because while it probably won't get destroyed, it will incur a lot of wear and tear that it normally wouldn't. And the risk of getting seriously damaged or destroyed is much higher than if you were the sole driver.

Probably the biggest upside to renting your car out is the tax deduction. The IRS grants around $0.55 per mile (depending on the year) as a deduction. So, every two miles your renters drive will earn you more than $ 1 in tax deductions. And these renters, especially the Uber and Lyft drivers, can drive anywhere from 200 to 1,000 miles a week. This can quickly add up to a $20,000 or more tax write-off in a year.

And that was my main reason for renting my car out through Hyrecar. It wasn't the money I made on the rentals so much as it was the tax deduction. In the end, the money really wasn't that good.

I charged $43 a day but only got paid $32. And due to insurance and other fees, the drivers were paying nearly $60 a day! But since most rentals were weekends-only, that meant I ended up earning just $64 a week most of the time. But the mileage they put on my car added up to hundreds of dollars in tax deductions. 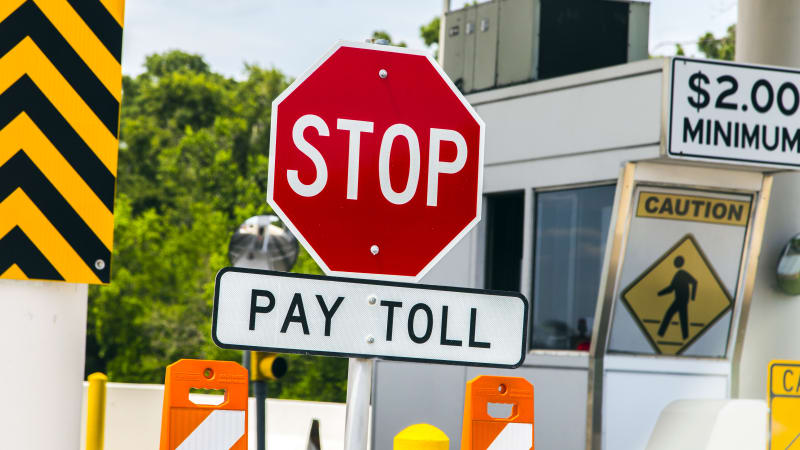 There are a Lot of Risks

There are a lot of risks involved in renting your car out to strangers, however. First and foremost is the fact that your insurance company most likely doesn't allow it. Although Hyrecar and Turo both provide insurance, your chances of being reimbursed if your car is damaged is questionable.

Another consideration is, if you're financing your car with a bank and haven't fully paid it off, renting your car out will most likely put you in violation of the terms of your loan and could result in a repossession of your car at any time if they find out.

Another perennial headache for car owners who rent their cars through one of these platforms is tolls. If you're going do your renting in an area where there are a lot of toll roads, there is a very good chance you will eventually start getting notices from the toll authorities saying you have unpaid tolls.

This is something neither Hyrecar nor Turo can do much about. About all they can do is ask the renter to pay you. But there's no guarantee the renters will do so. And if they don't do so voluntarily there is really no way Hyrecar or Turo can collect the money for you.

And neither company guarantees to pay unpaid tolls. They only promise to seek payment from the renters. Even if they are able to help you collect, it can become a bookkeeping nightmare for you, because you will be the one who has to keep track of who was driving your car when the tolls were incurred. You may even have to contact them yourself to get the payment.

In my experience this happened almost every time I rented my car out. I feel like I was very lucky, though, in that every renter did eventually pay me back, but in the end, I wondered if it was worth all the time and trouble.

This type of gig work requires much less time investment than most gig jobs but it still takes several hours of time with each pick-up and drop-off for each rental. Then you can expect to spend yet another hour or two keeping records and tracking down tolls that are due.

What makes the toll tracking a little complicated is that if an unpaid toll does get charged to your car, you'll receive a notice from your toll authority. In my case, these notices were usually received up to a month and a half after the toll was incurred. It's not hard to imagine that some renters would no longer be reachable after that amount of time.

Once you get a toll notice, you then have to either check your own records (if you were keeping them) or log in to the company's website to figure out who had your car when the toll violation occurred.

In Hyrecar's case this was always a messy process due to their poorly designed website. It always took more time than it should have. Once you get that information, you have to contact the company. Hyrecar, in particular, works better with phone calls than they do with online contacts, so I would call them if I didn't mind the hold time or I would write to them knowing I would have to wait several days before hearing back.

Once informed of the tolls, they would reassure me and tell me they'd contact the driver and collect the payment. Although I had one driver who was racking up more than $100 in tolls a week, and it was taking him two to three weeks to pay them back. That was a big expense I had to carry for him because I had to pay the tolls as soon as I got the notices to prevent exorbitant penalties, and I never knew for sure if he was ever going to make good on them.

In his case, his delinquency soured our working relationship because I had to finally come down pretty hard on him to get him to pay. He had been a great client because he would rent the car for weeks at a time. And that saved me all the time I would normally spend checking people in and out with the car as I had to often do with short-term renters. 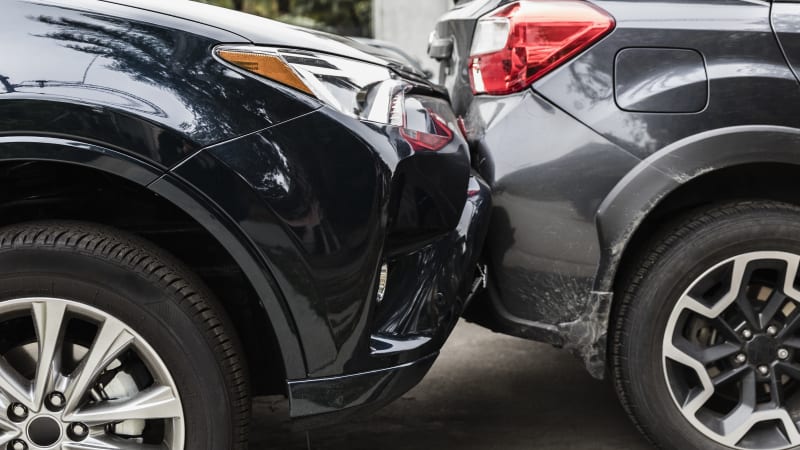 I had another driver who was involved in a minor accident with a moving van. He was legally parked on the street when a moving van side-swiped the front of the car. It wasn't the driver's fault and he called me immediately.

He asked me what I wanted him to do. Normally, I'd say call the police, but in this case I said, let's talk to the owner of the company. In a normal situation, where you're using your car properly and not breaking any rules of your lease or insurance, I would always say report any and all accidents to the police. But in a case where you're doing something that goes against the terms of your car loan and the terms of your insurance, then you should think twice before getting the police involved.

In this case, I talked to the owner and he told me he'd much rather just pay cash for the damage than to get his insurance company involved. So I told him I'd take the car to my mechanic and get an estimate. The mechanic told me it would cost $900 to repair and the owner of the moving van company agreed to meet up later that day to pay the $900. I took his $900 to the mechanic, the mechanic repaired the car within two days and it was like it never happened.

Although that worked out perfectly from my standpoint, I could easily imagine it not working out so perfectly in the future! I was very fortunate that the owner of the moving company was so honest and willing to pay for his driver's mistake. I just don't think you can expect that to be the case every time.

Why I stopped renting my car

In the end I stopped renting my car out because of all the above-mentioned problems. The risks vs. benefits weighed too heavily toward the risks. Although I did not personally encounter something I would consider disastrous, I saw how easily it could happen, and the fact that I encountered so many minor problems in the six months I rented my car I decided it was just too risky for my tastes.

It also put a lot of wear and tear on my car. Even though I could see that a lot of the drivers were very careful and treated the car really well, a few didn't. By the time I stopped after a few months, the front seat was no longer adjustable, one of the mirrors didn't work and it needed a brake job.

When the car rented out for a week at a time for consecutive weeks, the money was just barely enough to cover the car payments and the insurance. There was not nearly enough left over to cover the risks and the additional maintenance the car needed as a result of being driven so much.

Although I'd still like to do it for the tax deduction, there's just too much risk that something could go catastrophically wrong.

I had people who I thought were very responsible and I know they treated my car very well. They just drove so many miles with it that after a few months it was noticeably in worse shape than it was when I started.
X