Even with British Leyland build quality, this Colorado Spitfire outlived most 1978 Hondas During the 1960s and 1970s, the two most popular British sports cars available in North America, by far, were the MGB and the Triumph Spitfire. During my junkyard travels, I still see the occasional Spitfire among the discarded Sephias and defunct Sables. Here's a '78 I found in Denver last month. 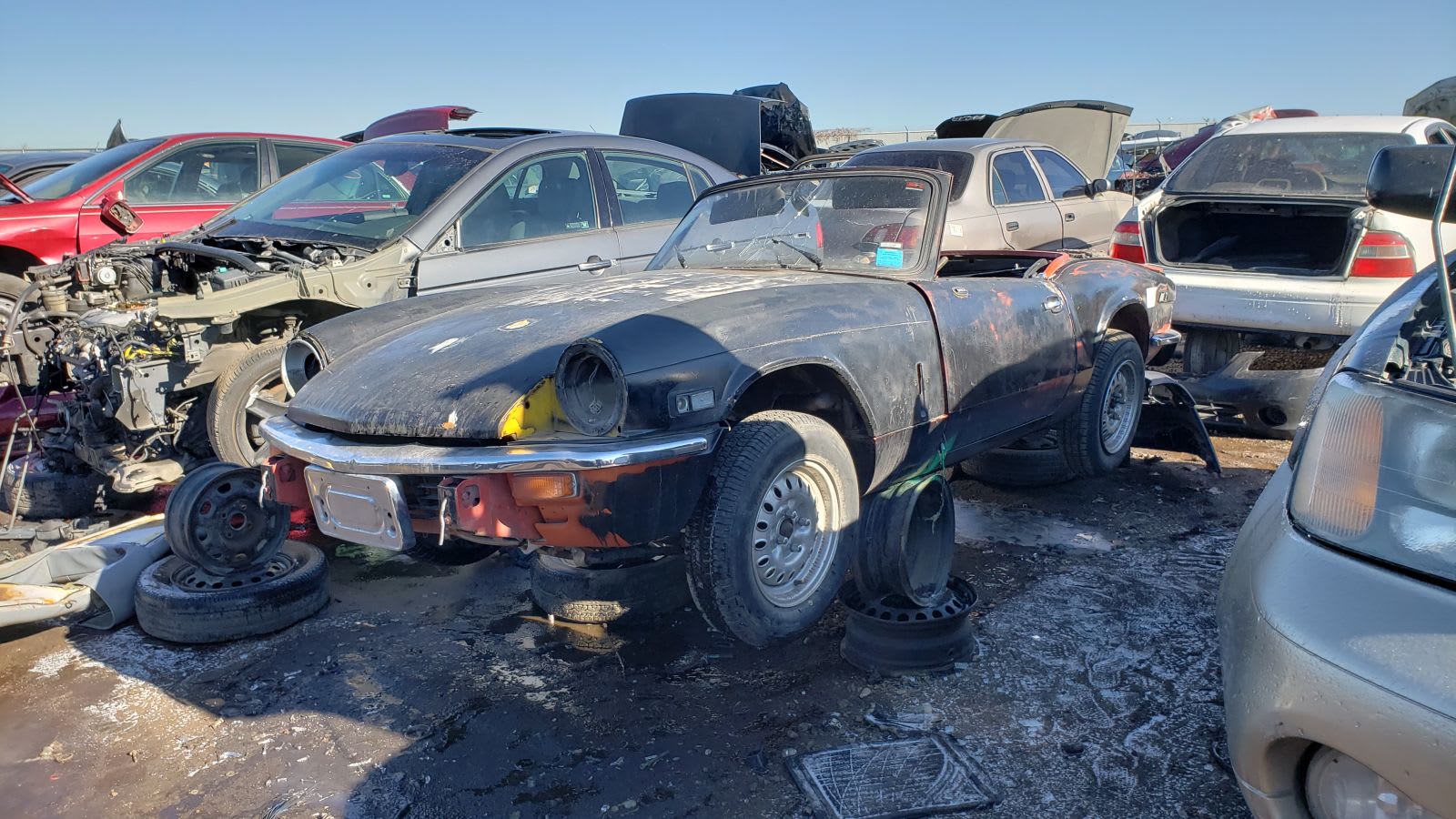 Like the MGB, the late-1970s Spitfire suffered from spotty British Leyland build quality and electrical components made by the Prince of Darkness. Unlike the MGB, the Spitfire had an independent rear suspension, albeit of the swingaxle type that made driving the early Beetle so exciting. 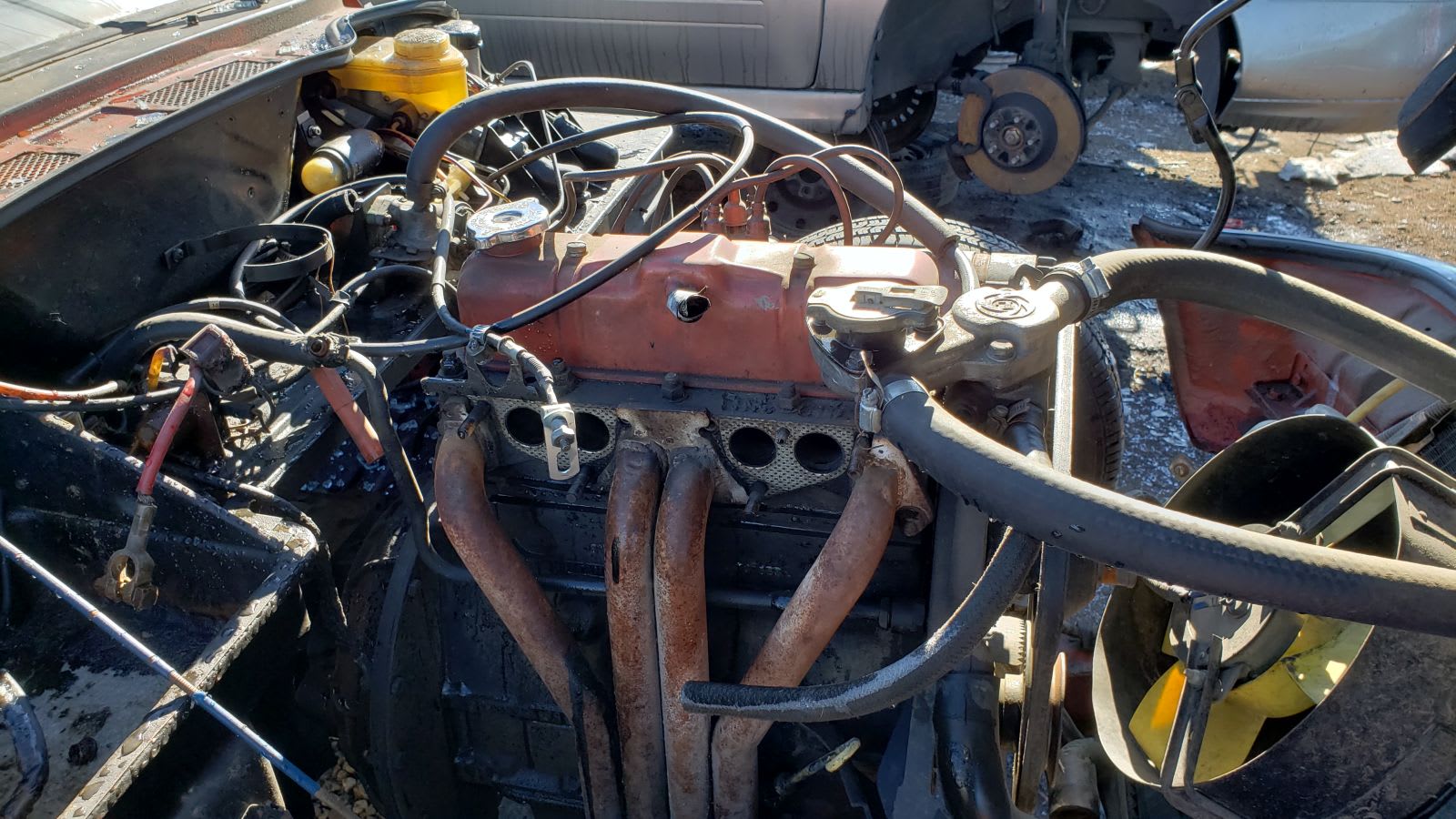 The Spitfire also weighed a good 500 pounds less than the MGB, scaling in at a mere 1,828 pounds in 1978 (for comparison, the diminutive Smart ForTwo weighs more than 2,000 pounds). That light weight was a good thing, because this 1.5-liter engine made just 52 horsepower. 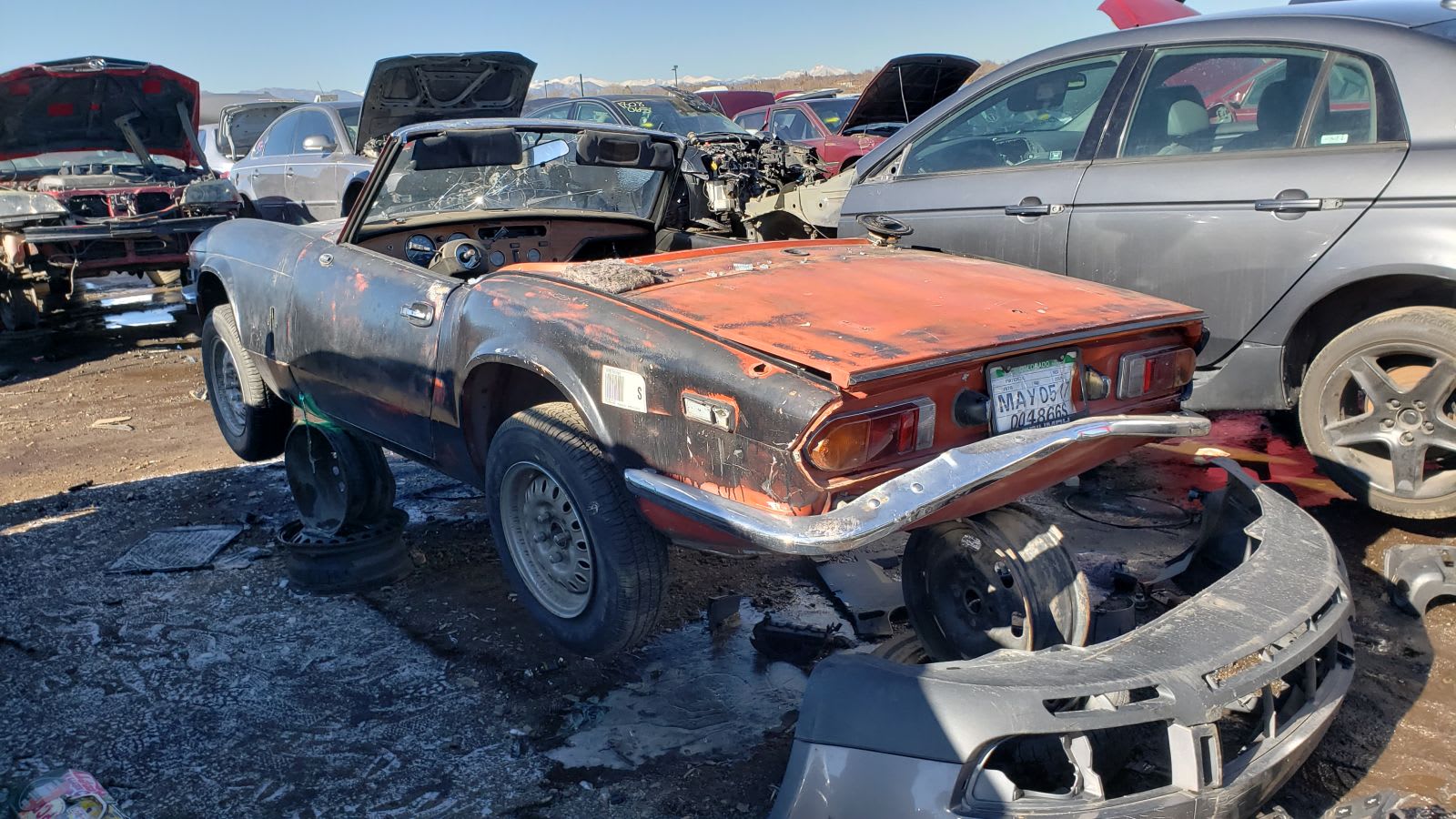 While the Spitfire struggled to outrun bakery trucks and grandmotherly Rambler Americans in a straight line, its superb handling made it lots of fun in the corners. Believe it or not, plenty of Americans used these cars as daily drivers. 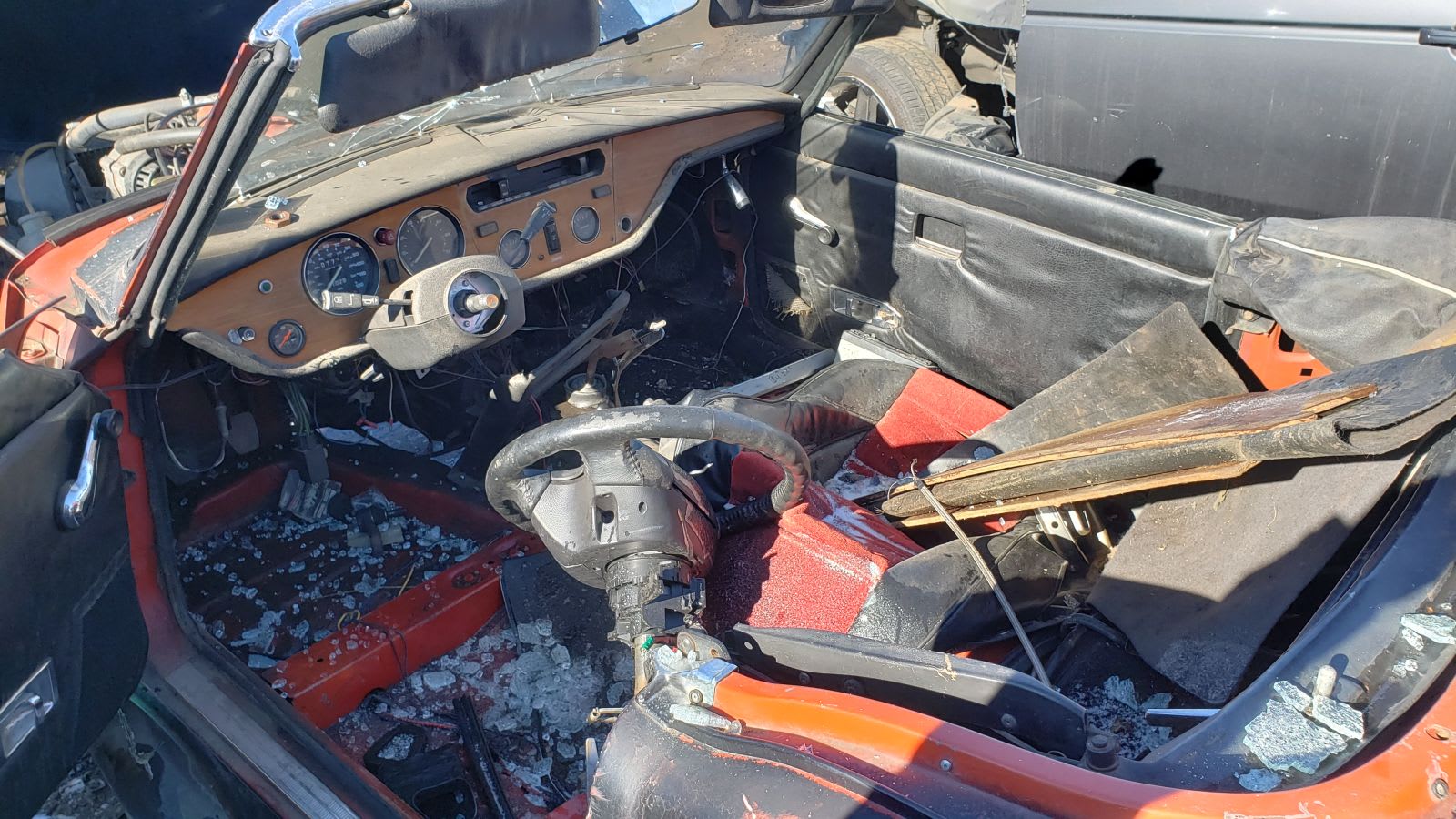 This one is pretty rough, but it's not rusty and the temporary license plates from two years ago show that someone had ideas of getting it back on the street in the recent past. 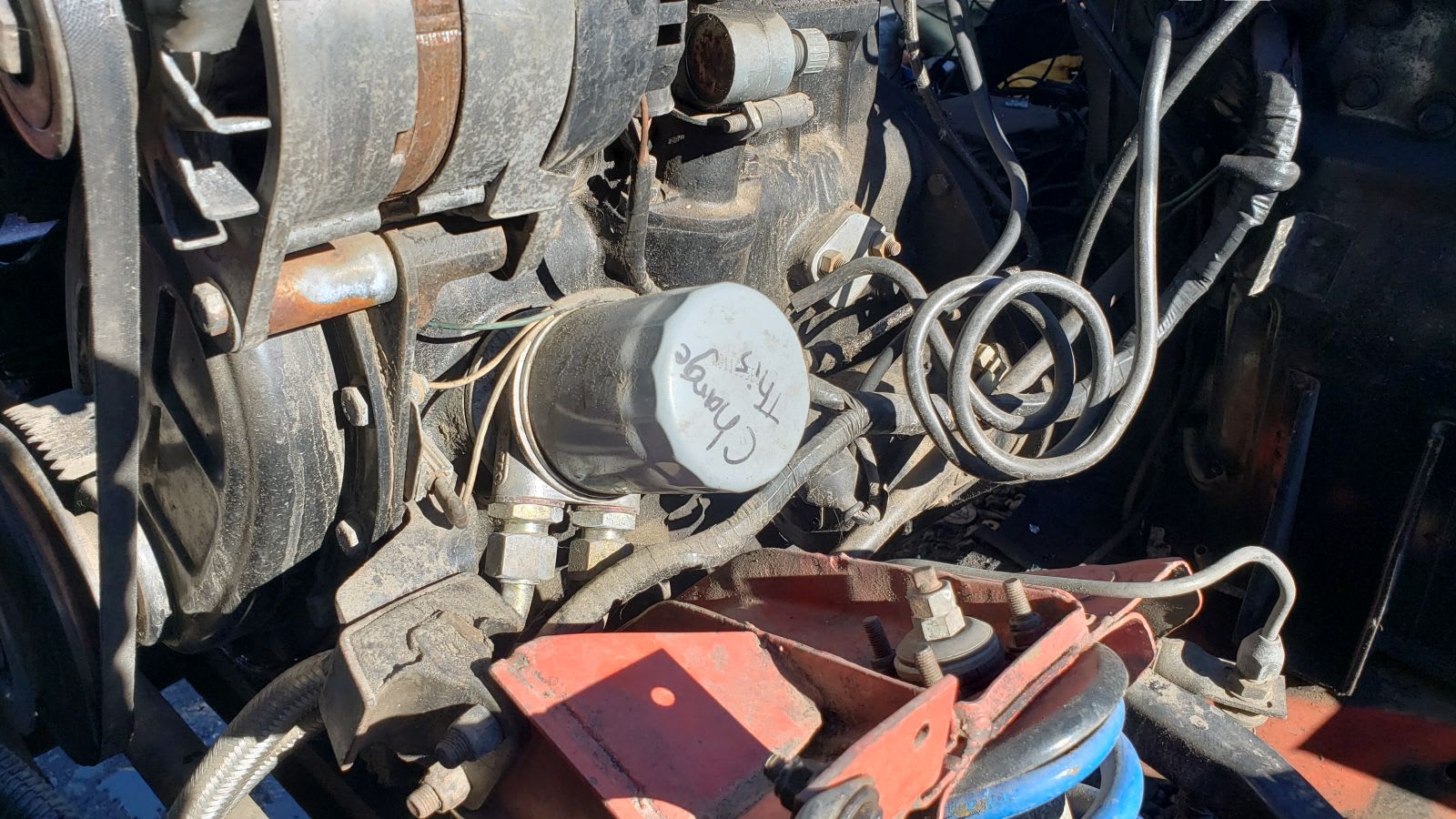 Many usable parts remain, which should yield a bonanza to other Spitfire owners in eastern Colorado. 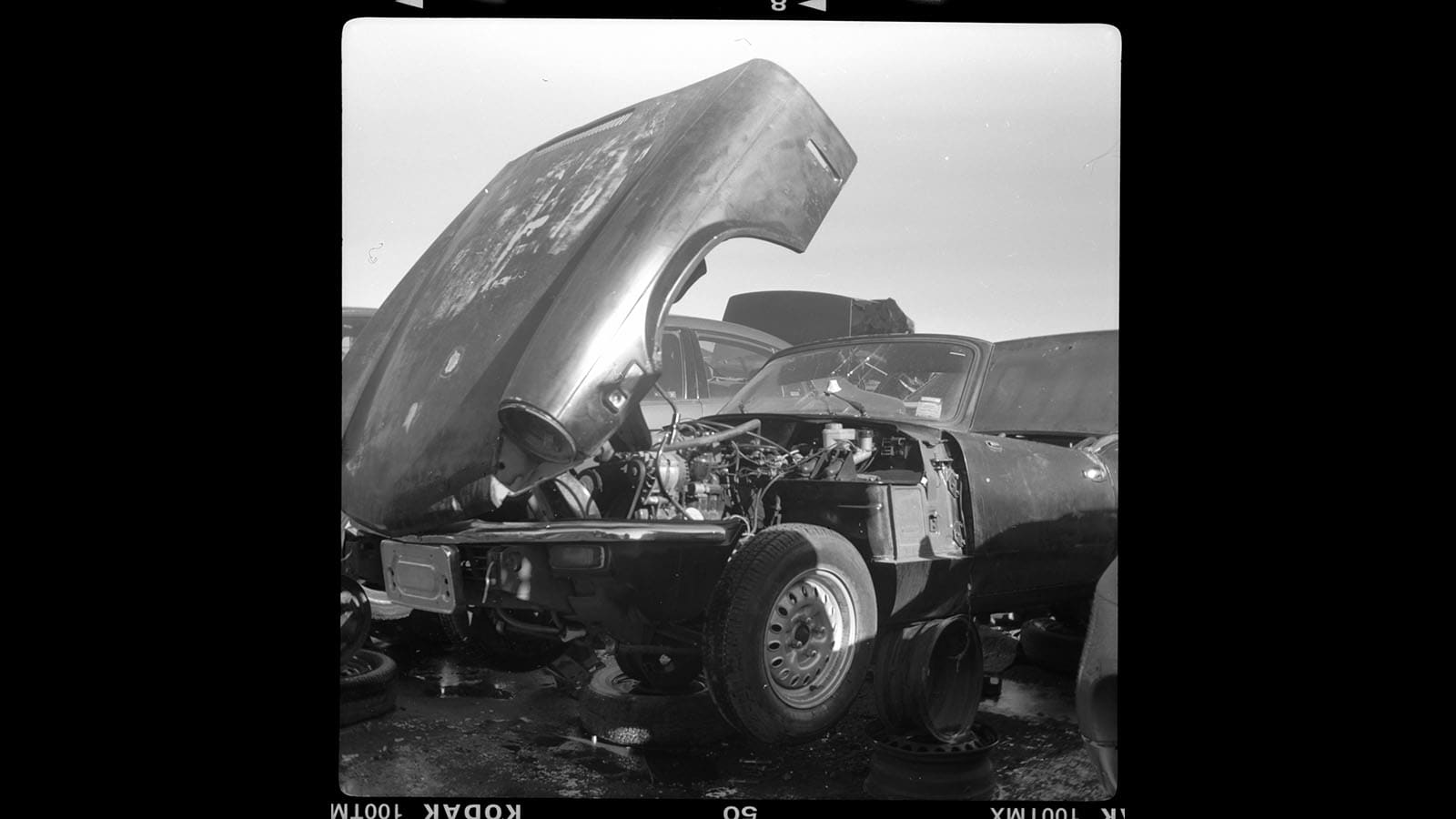 Because I like to bring old film cameras to the junkyard, I shot this Triumph with a 1945 AGFA Speedex Junior.