Former Champion Porsche VP was on the lam for months

Federal authorities have arrested the former executive at a South Florida Porsche dealership who disappeared in September after customers say he bilked them out of millions of dollars in deposits for 911 GT supercars that they never received.

Much of the story was spelled out in media reports and online forums last summer, but the FBI offers some new details in an arrest affidavit. It alleges that Sookralli received more than $2.2 million from around 30 customers that he routed into a shell account named Champion Autosports. The complaint says Sookralli spent tens of thousands of dollars on luxury vehicles and jewelry, nightclubs and restaurants around Miami after initiating the scheme sometime in 2017. The customers never received their Porsches.

The affidavit further describes interviews with former co-workers and employees of high-end nightclubs and restaurants in Miami who "confirmed that Sookralli frequently enjoyed an extravagant and opulent lifestyle. Bank records analysis shows that Sookralli amassed large tabs at these night clubs and restaurants that were paid with the proceeds of his fraudulent activity." Further, despite being VP of marketing, Sookralli was found not to be an authorized Porsche salesman at the dealership and never reported his sales transactions to the sales manager at Champion Porsche.

Further, a lawyer for Champion Porsche managed to contact Sookralli on Sept. 10, 2018, days after he disappeared, and asked him if he had taken hundreds of thousands of dollars from customers. "Sookralli responded something to the effect of, 'More like millions,'" the complaint reads. He also agreed in the conversation to send over a list of the customers from whom he'd taken money for deposits. The complaint does not say where Sookralli went after he disappeared.

The dealership filed suit in September against Sookralli, his wife, Vimla Sookralli; and the shell account it alleges he created, named Champion Autosport, to siphon off deposits. A lawyer for the dealer says it has reimbursed all of the affected customers, either by refunding their deposits or applying them to new vehicles.

Sookralli, who is married with 10 children, had credit card debt of more than $176,000 as of 2016, the Orlando Sentinel reports. He made his first appearance in federal court in Fort Lauderdale earlier this week and was to have a bond hearing Friday, according to the Miami Herald. He plans to plead not guilty. 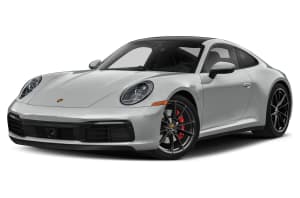