Volvo announces the XC40 will get a fully electric variant Volvo is planning to release a fully electric version of its XC40 crossover as its first electric car. The Swedish car maker reportedly told Automotive News the information at a safety event in Sweden. It plans to release the electric XC40 before the end of the year.

This electric crossover would be the first with a Volvo badge on it, but is the second full EV in the Volvo Motor Group behind the Polestar 2. That vehicle was announced at the Geneva Motor Show and will go on sale in 2020, which corresponds to the electric XC40's timeline, as well.

The fully electric XC40 takes the crossover one step further than what Volvo said it would do with partial electrification. We've also seen news that Volvo plans to offer its three-cylinder engine to buyers in the U.S. as the engine equipped to a plug-in hybrid variant. There isn't any official information or specs on what this plug-in powertrain might offer, but we expect the vehicle to hit the streets in 2019.

All this electric news coming from the Swedish automaker follows the company's intent to make 50 percent of its global sales by 2025 electric vehicles. There's no news on how far the XC40 will go on a charge or how much power it's going to make, but it will continue to ride on Volvo's CMA platform that also underpins the Polestar 2. That particular vehicle is targeting a 275-mile range, but cheaper versions with less range are expected to join the lineup. We definitely expect less range out of the taller, chunkier XC40, but somewhere in the mid-200s shouldn't be out of the question. Pricing for the Polestar 2 greatly outpaces XC40 prices now, so we'll have to wait and see what Volvo prioritizes for its first full EV. 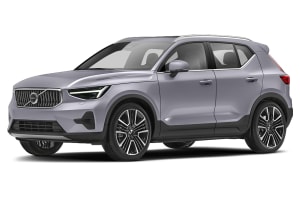 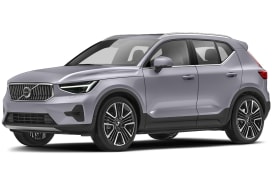