Reuters
Drivers in northern New England have long known to watch out for moose on the road, but a new study finds potentially fatal collisions with these large animals still happen on average more than once a day.

Collisions with moose happen most often in the late spring and the summer, especially just after sunset and near sunrise. They are much more dangerous than collisions with other wildlife, Dr. David Clark of the Maine Medical Center in Portland and colleagues warn in the Journal of the American College of Surgeons.

The Eastern or Taiga subspecies of moose weighs 800 to 1,200 pounds. Its shoulder height is higher than six feet, which means car collisions tend to hit the moose in the legs and put the bulk of the weight on the windshield, roof and passengers. The collisions are usually deadly for a moose and can be fatal for passengers who suffer injuries to the head, face and neck. Moose populations in 2010 were estimated at 30,000 to 60,000 in Maine, 4,500 in New Hampshire and 3,000 in Vermont, the researchers note.

Overall, the annual number of collisions in those states has dropped from a peak of 1,200 in 1998 to about 500 per year during the past five years. "While we would like to think (the decrease) is partly due to the efforts we and others have made to publicize this hazard, it seems more likely to be evidence of significant climate change affecting the moose population," Clark said in an email.

In Maine in particular, 7,000 collisions with moose have happened in the past decade, with 26 collisions resulting in a human fatality. 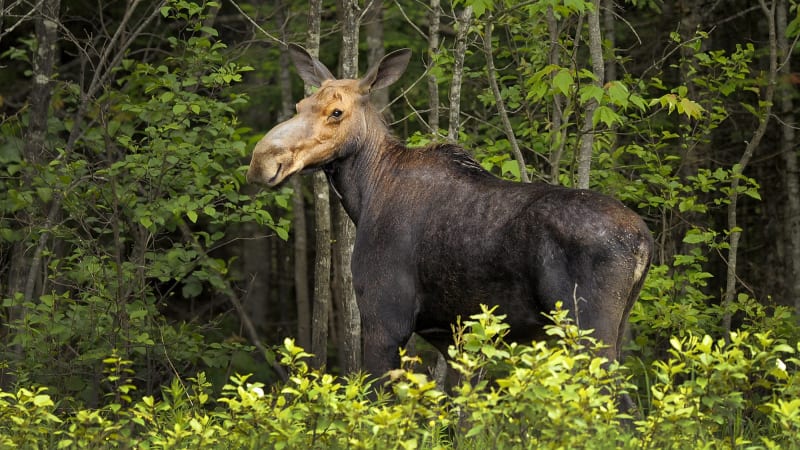 In general, vehicle speed was the most significant factor in human deaths from moose-vehicle collisions, the researchers say. In addition, no fatalities occurred in crashes with Swedish cars such as Volvo or Saab, which are specifically engineered to handle moose collisions.

Data for the study came from state offices in Maine, New Hampshire and Vermont Fish, as well as trauma registry data from hospitals in Maine and New Hampshire.

From a surgeon's viewpoint, Clark said, these collisions shouldn't be taken lightly, and serious head and neck injuries should be anticipated in emergency departments in northern New England states.

When drivers share the road with animals, "they must be aware of the threat that exists and can confront them at any minute," said Dr. Roy Rea of the University of Northern British Columbia in Canada. Rea, who wasn't involved with this study, has researched vehicle collisions with moose, whose natural habitat extends into Canada.

"Drivers must be constantly alert and prepared to stop," he told Reuters Health by email. "To stop in time, they must be going less than the speed limit ... these roads were put through habitats, and we have to learn to live together."