We love the new direction, but the engine and infotainment could be better The RAV4 is the best-selling non-pickup in America. The new model is far more handsome inside and out, with Tacoma-inspired styling. It's comfortable and roomy, but the engine is loud and buzzy and the infotainment still lags behind the competition.

7.5
View All Specs
The 2019 Toyota RAV4 is a completely redesigned crossover, and no version exemplifies that transformation more than the Adventure trim level. While every new RAV4, including the Hybrid we previously tested, boasts styling inspired by the Tacoma pickup, the Adventure goes all the way with a grille that might as well have been plunked directly from the Taco. It also has the most ground clearance of the revised lineup, which itself is much higher off the ground than its low-riding, car-like predecessor. This provides every RAV4 with more off-road capability than before, but the RAV4 Adventure goes even further with an enhanced torque-vectoring all-wheel drive system and hill descent control. There are also adjustable off-road vehicle settings for "Mud & Sand," "Rock & Dirt" and "Snow."

This 2019 RAV4 Adventure tester is loaded with a number of options, pushing the final price to nearly $40,000. The $1,185 Adventure Weather package adds a heated leather-wrapped steering wheel, heated and ventilated front seats, rain-sensing wipers and a wiper defroster. The $1,265 Adventure Grade tech package includes parking sensors, rear cross-traffic emergency braking, a digital display rearview mirror, and wireless smartphone charging. Other options include an upgraded infotainment system with integrated navigation and a JBL sound system for $1,620, two-tone paint for $500 and a sunroof for $850. Note that feature and package availability can differ by region, so keep in mind that RAV4's near you might be a bit different.

Editor-in-Chief Greg Migliore: Toyota's redesign has moved the RAV4 to near the top of this class. Its styling and character represent a strong change from the vanilla looks of recent generations and signal a stronger outdoor ethos for this long-running nameplate. While I found the hybrid to be a clever execution, the conventional variant in this Adventure trim is just fine to drive. Exactly as expected. The inline-four is decent. The steering and brakes are generic. It's a smallish-crossover wrapped in off-road wrappings, so no one's really looking for crazy power here. The infotainment is solid and the interior is nicely set up. Overall, it's a cool model that now overtly caters to The North Face segment. It's good to have an attitude.

Road Test Editor Reese Counts: I walked away from the new RAV4 with mixed emotions. As James Riswick mentioned in his first drive, Toyota didn't need to change anything. Complacency leads to stagnation, so Toyota really seems to have gone for it with the redesign. It looks far better than its milquetoast predecessor, a model so generic it seems to have been designed for stock photos or clip art. I genuinely dig the new one, and better to pull influence from the Tacoma than the Camry. The interior, too, is a big upgrade. It's stylish and littered with small cubbies and spaces for everything that tend to clutter modern cars like sunglasses, phones and an endless supply of Starbucks napkins.

That said, I still have some pretty big gripes. The engine has an OK amount of power, though I wouldn't call it quick. The problem is it's loud and buzzy, so much so that you really don't want to put your foot into the accelerator. Seriously, it sounds like a can of nails is rattling around under the hood. I had problems with the RAV4's tech, too. The infotainment system is better than before, but Toyota had nowhere to go but up. I couldn't get the wireless charging pad to consistently work, either. It seems like my phone would charge for only a minute or two.

I really wanted to love the RAV4. Toyota has been making huge strides lately. The new Camry is lovely. I'm a big fan of the Prius, too. That said, if you're in the market for a crossover, stick with the Honda CR-V or Mazda CX-5. 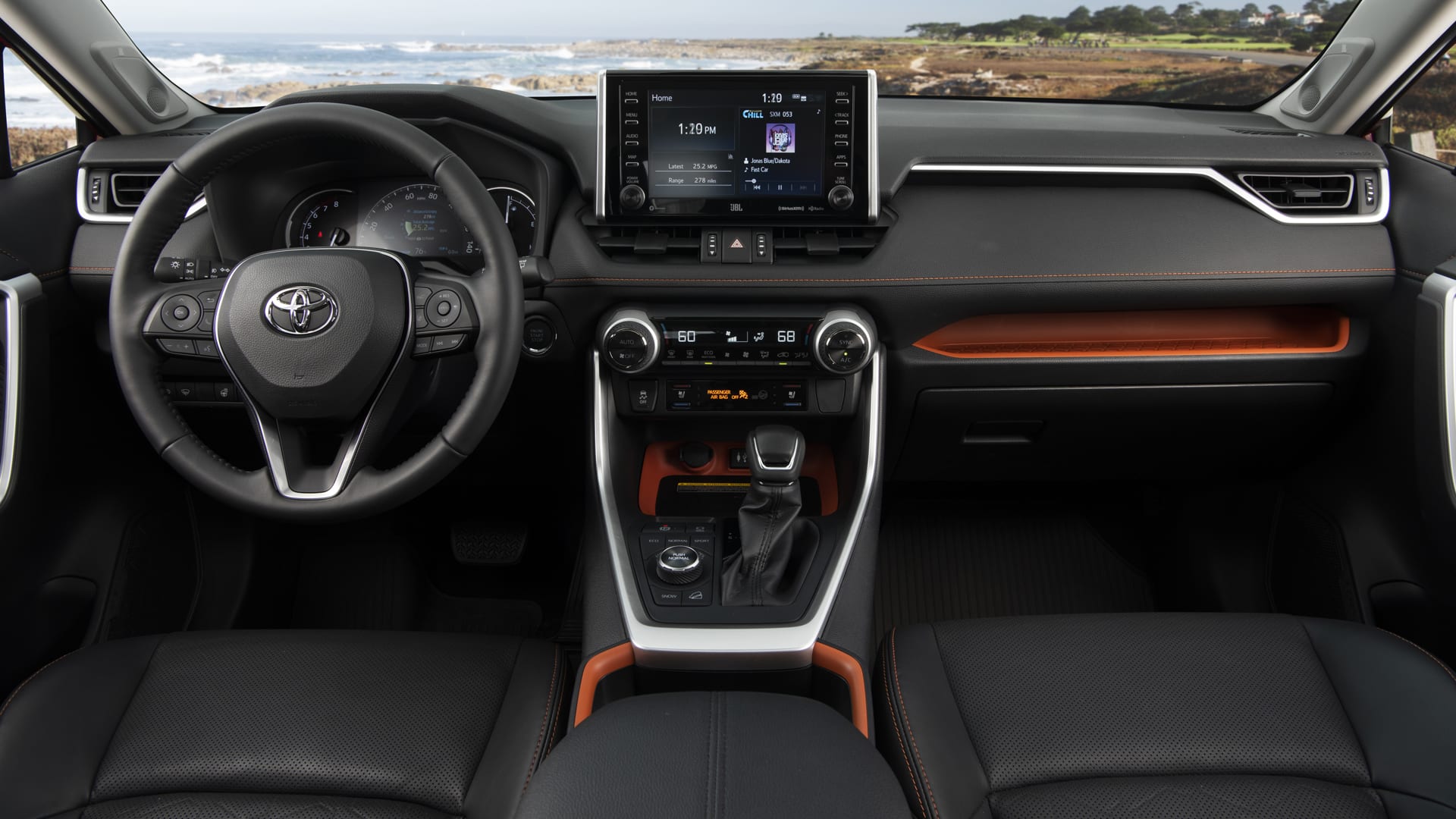 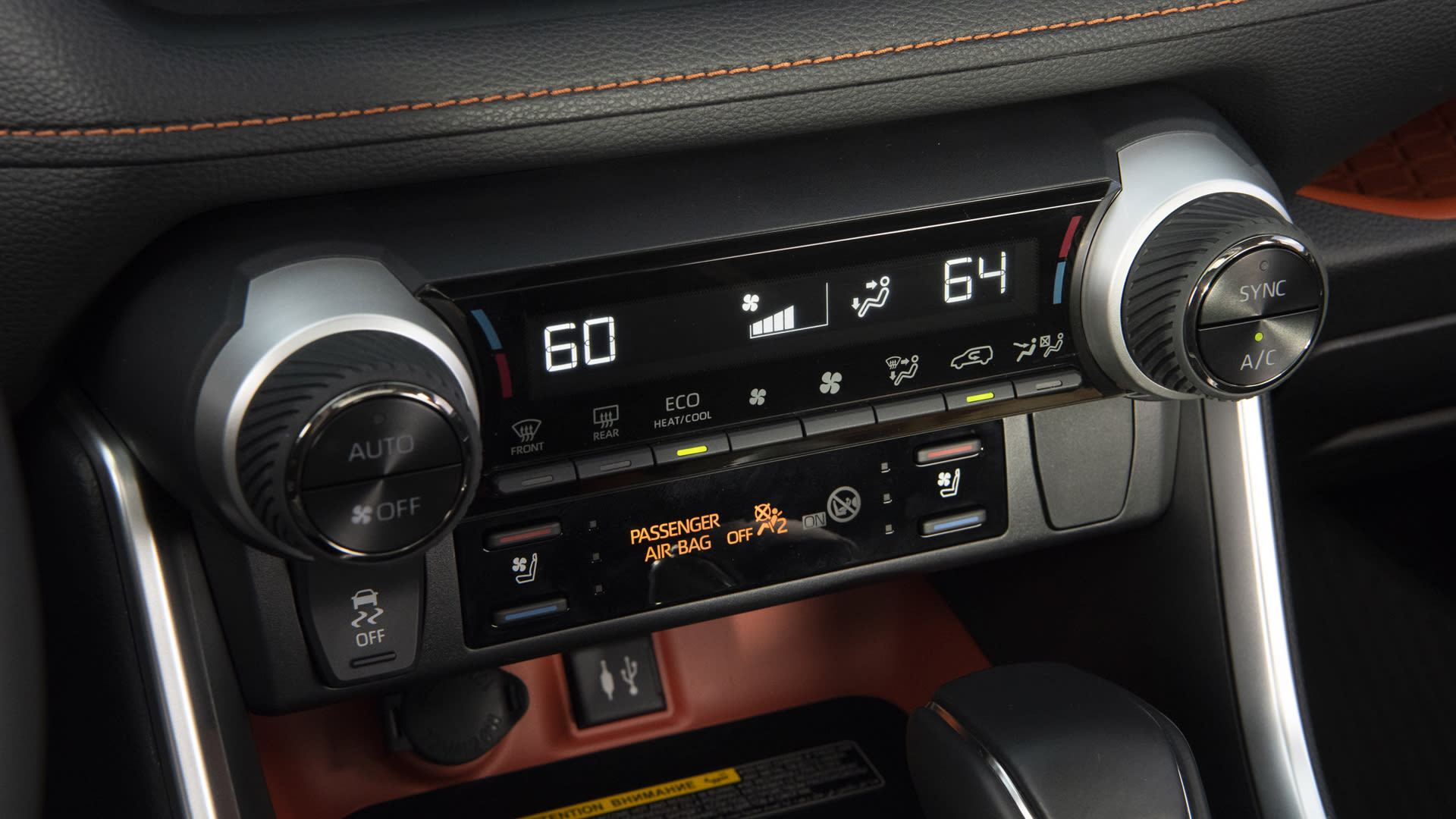 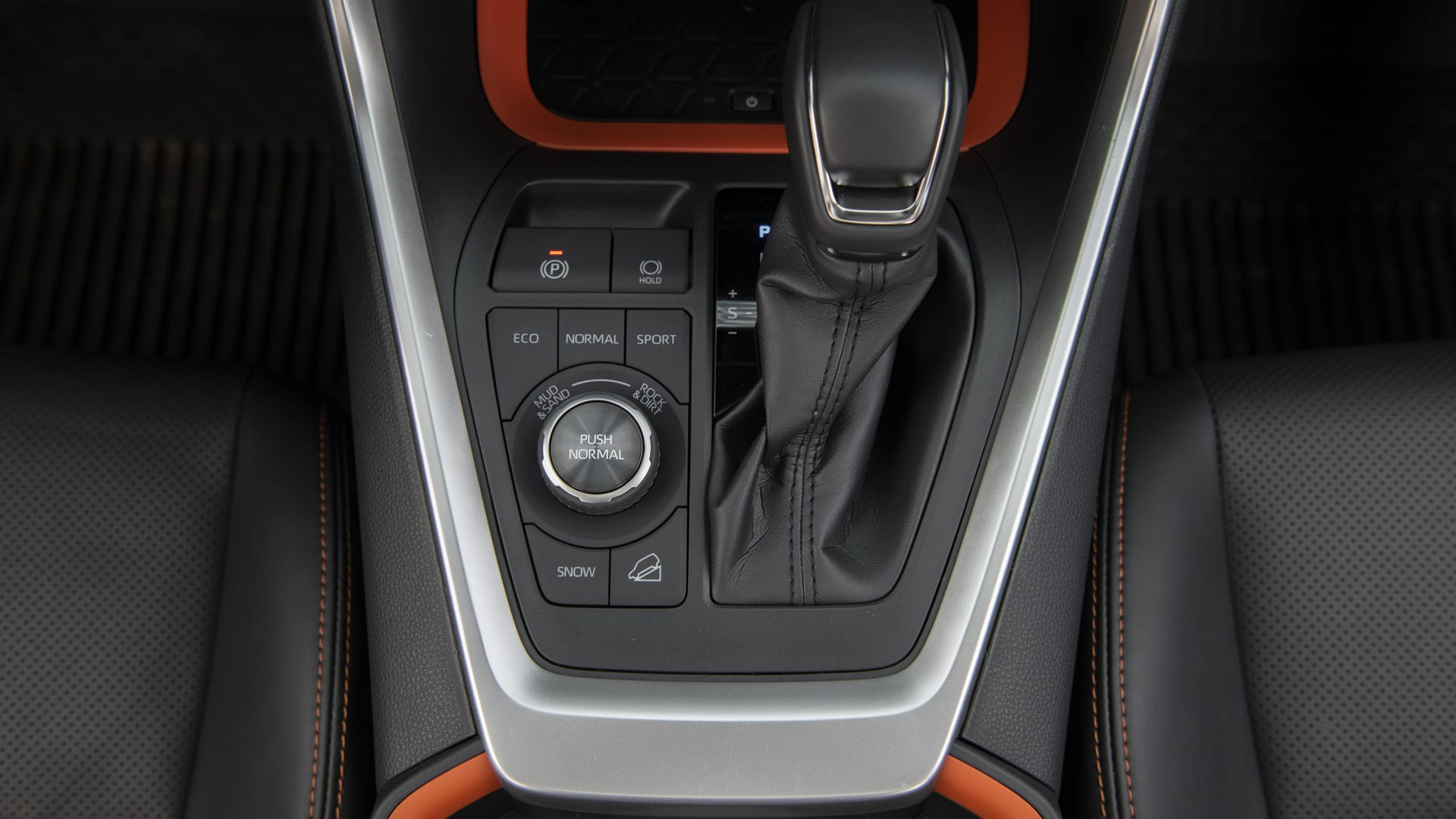 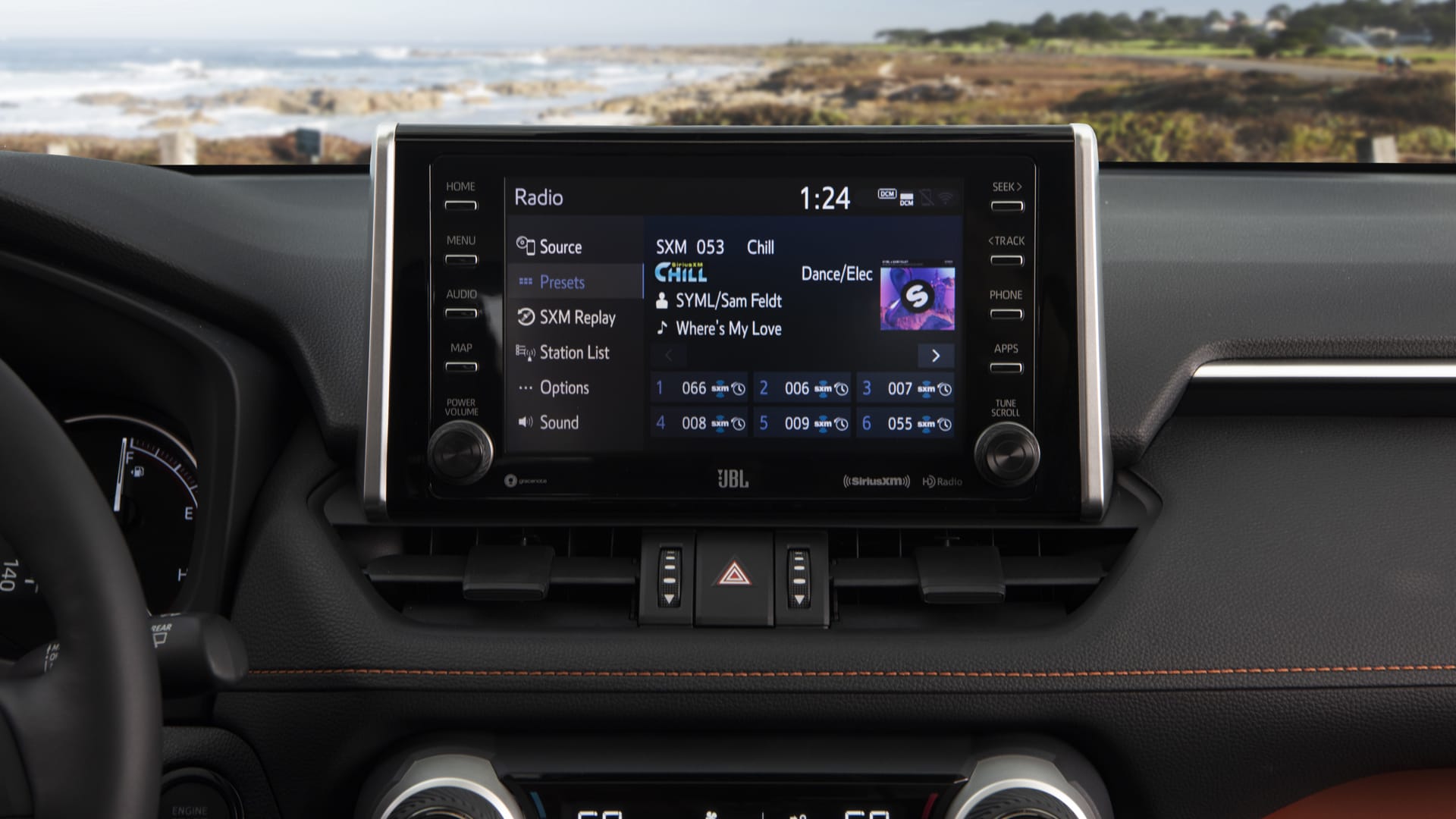 Associate Editor Joel Stocksdale: I'm not a crossover fan, but I actually love the RAV4 Adventure's styling. It looks chunky, aggressive, and the two-tone paint is excellent. It really helps the RAV4 stand out in the sea of conservative SUVs on the market.

But what I like even better, for the most part, is the RAV4's interior. It's so stylish. There are cool geometric designs embossed into every flat surface from the cubby holes to the floor mats. All the knobs have helical lines carved into them, and they have grippy soft touch rubber that feels rugged and unique (the grab handles have them, too). Add to that a nice blend of neutral tones with splashes of orange in the Adventure, and the RAV4 has one of the most fun and energizing interiors I've been in recently.

I have a couple gripes, though. While I like the rubber surfaces, now, I fear they could be magnets for dirt, especially with the grooves, so those materials might not be so appealing after a few years. Also, I wish that Toyota used larger buttons and clearer lettering on the climate control and infotainment. It's hard to tell at a glance what buttons do, and then they're small targets to hit when driving.

Manager, Production, Eddie Sabatini: Yet another compact crossover to consider for your high-riding needs. The RAV4 exterior doesn't light my fire but to be fair I'm a bit of crossover hater so take my criticisms with a grain of salt. The engine didn't impress on power or sound as both felt and sounded weak. Solid interior though, it felt solid with some rugged materials and a useful layout.