With new cross-platform capability, has Rocket League become the greatest car-based video game of all time?

Erik Maier
Yesterday, the developers of the e-sports phenomenon Rocket League released a game-changing "Friends update" allowing players to party up and play the game with each other, no matter what console they choose to play on. What that means is that I can play the game exclusively on an Xbox One, you can play on a PS4, and a third friend can play on a Nintendo Switch, and we can now all seamlessly play together and communicate with each other on a team.

If you have kids, you already might be feeling a little deja vu after that explanation. Perhaps you heard a similarly excited rundown of these features a few months ago, while watching your child do the floss dance to an EDM Marshmello bop. After all, Rocket League is the second game, not the first, to offer cross-platform party capability between the big 2 consoles, Xbox One and PS4. Can you guess the first? It's the biggest game in the world and rhymes with Forkknife. That puts Rocket League in very good company.


The new update does more than just add "friends" features. It also kicks off the 10th season in-game, adds features like more training options, and includes bug fixes, but the cross-platform capability is obviously the draw here. Even though Rocket League wasn't first out of the gate with these features, this is a huge deal. If you don't play video games and you're wondering why you should care about this, well here's why. Rocket League is now officially one of the most accessible, most affordable, and most fun ways to get young people interested in cars and driving games.

If you're unaware of the game, the premise is simple. It's car soccer. You control a car with rocket boosters attached in a giant soccer arena, and you use the car to score goals against an opposing team. While the game in theory is simple, it's definitely not easy. It takes hours and hours to build up any kind of reasonable skill, just like a real sport, but that just makes the dopamine reward of scoring an amazing aerial goal that much sweeter. 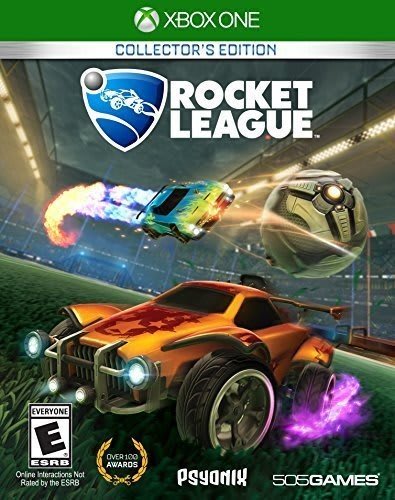 While most of the cars in Rocket League are made up for the game, it does keep things fresh with real cars from popular culture ranging from the McLaren 570S and the "Fast & Furious" Dodge Charger R/T to Hot Wheels classics and the "Back to the Future" DeLorean. What's more, many of the cars in the game control differently from each other, applying things like different turn radiuses and hit box sizes, allowing the players to experience the excitement (and sometimes frustration) of several different driving mechanics. The Rocket League experience is drawing kids in with its high-energy, arcade-y sports action and then feeding them their car-enthusiast vegetables with inclusions like this.

Now with the ability to play with your friends no matter where they choose to play, Rocket League is positioned to rocket all the way to the moon. If you're looking for all of the nitty gritty details about the latest update, you can find those in the official patch notes here. There are very few 4-year-old games that you can reasonably say are "just getting started," but this could definitely be one of them. I for one can't wait to see where it goes.
Autoblog is a participant in the Amazon Services LLC Associates Program, an affiliate advertising program designed to provide a means for sites to earn advertising fees by advertising and linking to amazon.com. These deals are available through our affiliate partnership with Amazon.com. Deals are subject to Amazon's schedule and availability.
X