The long awaited Porsche Taycan, the German automaker's Tesla fighter, is coming soon. For years we saw teasers of the new model in the form of the Mission E concept, including the Mission E Cross Turismo lifted wagon at last year's Geneva Motor Show. We've seen plenty of spy shots since then, but this new batch of photos of the Taycan Sport Turismo wagon might give us our best look yet at the all-electric four-door Porsche. 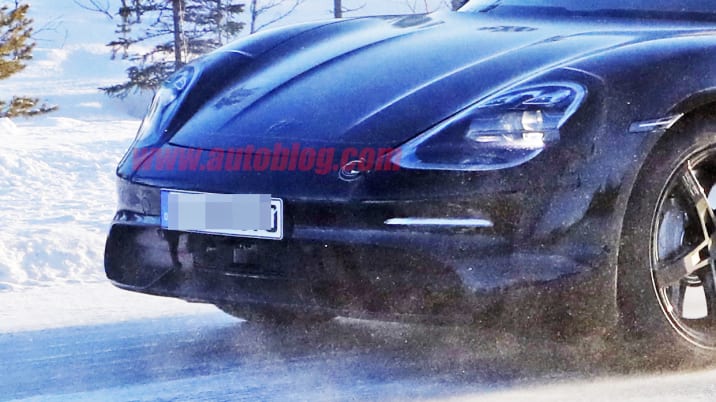 There's relatively little camouflage on this model, though the low winter light hides much of the front end in these pictures. We've adjusted the exposure and brightness in the photo above to try and make out a few more details. The two lower air intakes appear to have flaps that open and close, likely to improve airflow at certain speeds. The sensors for radar cruise control are placed right in the center, similar to the placement on the new 2020 Porsche 911.

From the side, the Taycan Sport Turismo looks nearly identical to the Porsche Panamera Sport Turismo. The biggest difference is the charging port on the front left fender. The story is much the same in the rear. The faux exhaust tips appear to be tacked on to throw off the least observant viewers. From a distance, you'd be hard pressed to tell the two models apart.

We don't have a final release date, but we do know some of the final details. Pricing starts around $90,000, going up from there. That might be a little more dear than Tesla, but at least new owners get three years of free charging.