View All Specs
Add a Review
SANTA CRUZ, Calif. — The Kia Niro EV rounds out the Niro trio, and is the most impressive on paper. With the same 64-kWh battery and 201-horsepower electric motor as the Hyundai Kona Electric, it's rated at 239 miles of driving range between charges. Granted, 239 miles is less than the 258 miles the Kona EV gets on paper, so we were eager to see what the differences were between the similar EVs. After spending an icy, frigid weekend driving (and falling in love with) the Hyundai Kona Electric around Michigan we hopped on a plane, and headed to Santa Cruz to try out the 2019 Kia Niro EV (and to escape the cold).

With a longer wheelbase and greater overall length than the Kona, the Niro EV offers a little more rear legroom — about three inches extra. As a 6-footer, I didn't find it uncomfortable to squeeze in behind an even taller driver. This bodes well for those of us with car seats we need to install in the back of our EVs. The Niro EV also boasts more luggage space than the Kona, with 18.5 cubic feet behind the rear seats, and 53 cubic feet with the seats folded down. We were impressed by the large rear opening and the spaciousness of the cargo area.

The driver's seating position took a lot of adjustment to get comfortable in, a problem we didn't have in the Kona. No matter what we did, we felt like we were sitting too high up in the vehicle, but eventually it began to feel natural as our focus shifted from the interior around us to the road in front of us. Still, every time we got back in the car, we felt the need to try to improve the seating position. At least the seats were comfortable and supportive.

Thankfully, Kia didn't go overboard with the styling of the Niro EV, and that goes for the interior, too. The oddest thing is the big rotary gear selector. While it looks like it would be in the way of the cupholder, it didn't interfere with grabbing our coffee, and it's more intuitive to use than the Kona Electric's separate PRDN buttons. The rest of the interior is about what you'd expect. There's a lot of plastic, a center stack that's maybe just a little too busy with buttons and controls, a well-incorporated touchscreen and a digital instrument cluster. 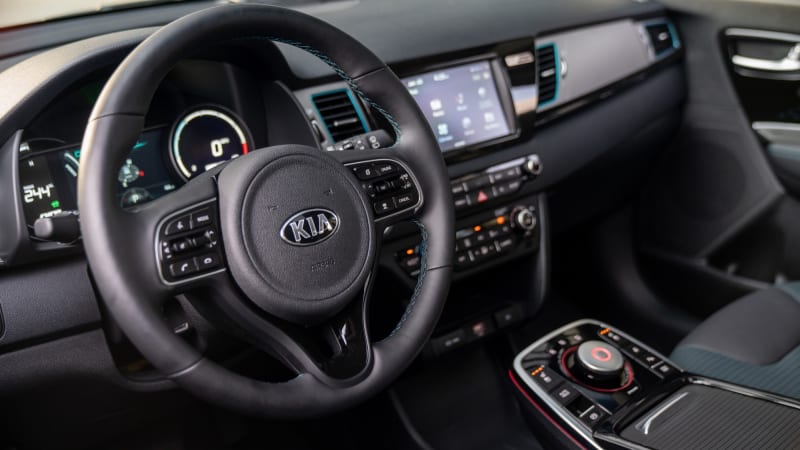 It's quiet when you turn it on and begin to drive away, as you would expect. Listen carefully and you'll hear the spacey hum of its pedestrian warning system at low speeds, which shuts off as you approach 20 miles per hour. From there, you'll be able to hear the whine of the electric powertrain as you accelerate. There's a little more noise than in the Kona, which apart from the looks is the first clue that the Niro EV is a little sportier feeling than its subdued sibling. Mash the throttle, and the Niro is happy to spin the front wheels with its 291 pound-feet of instant torque. It will push you back into your seat in a respectable 7.8-second 0-62 mph hustle, but it feels even quicker than the stated figure thanks to ample torque and linear acceleration.

The Niro EV offers four levels of regen feel, selectable from the paddles on the back of the steering wheel. The settings range from free coasting to nearly enough regen to allow for one pedal driving. You can hold the left paddle to bring the Niro to a stop if you're committed to bypassing the brake pedal completely. There's some creep when you take your foot off the brake at a stop, like a normal car, but if you brought the car to a standstill using the regen paddle, it'll remain stationary until you get back on the accelerator.

Like the Kona, the Niro EV has Eco, Normal and Sport driving modes. Eco is already pretty responsive. It's hard to make an EV like this feel sluggish with so much twist down low. Sport mode really sharpens the response from the right pedal. It gains and maintains speed with ease, and we found it easier to get excited behind the wheel of the Niro than the Kona EV. The longer wheelbase and low center of gravity make it feel stable and planted, whether rounding corners or aiming for a spot a mile down the highway. Even the slightly stiffer suspension provides more road feel, which means the Niro is a little chattier and slightly less relaxing than the Kona. 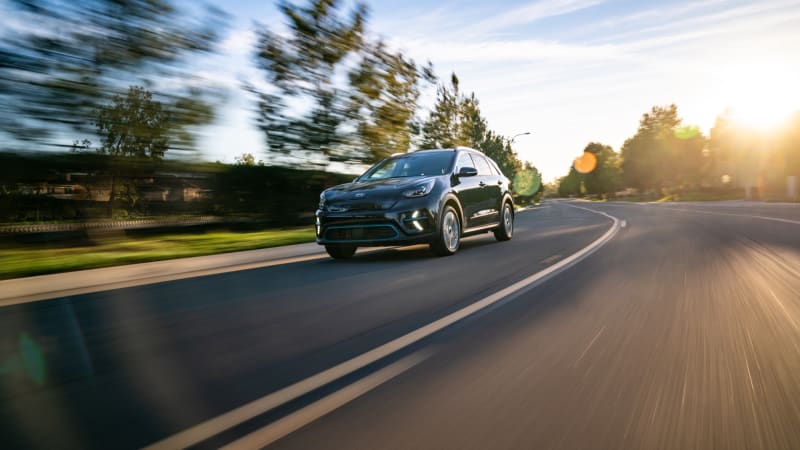 Our enthusiasm didn't have much of a detrimental effect on practical efficiency. When we first got in the car, it showed a range of about 260 miles. After putting 100 miles on it, it still showed a little over 150 miles remaining. Sure, we lost a few miles of estimated range while hustling down the highway, but we were still pacing ahead of the car's EPA rated 239 miles of range.

There are probably a number of reasons for the difference in the stated range between the all-electric Kona (258 miles) and Niro (239 miles), but the one that sticks out when comparing spec sheets is the final gear ratio for the two cars. The Kona Electric has a final gear ratio of 7.981: 1, while the Niro EV's is higher, at 8.206:1. This could also help explain why the Niro feels faster, torquier and generally sportier than the Kona. Weight could be another factor, as the slightly larger Niro EV (3,854 pounds) is heavier than the porkiest Kona Electric, which ranges from 3,715 to 3,836 pounds. 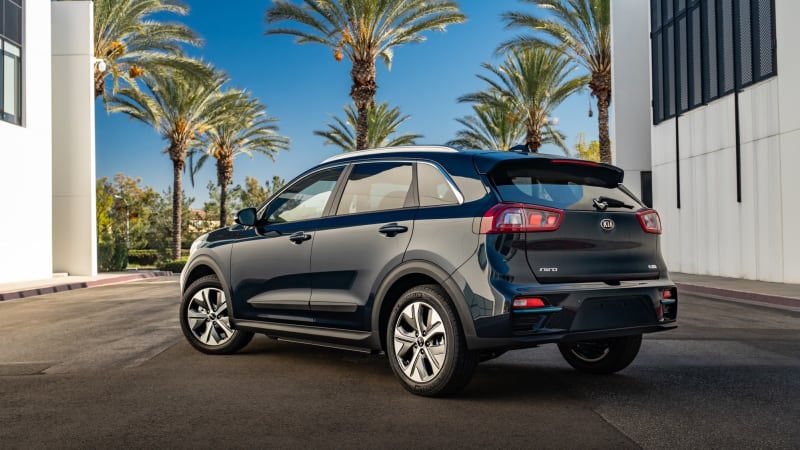 Kia hasn't announced pricing for the Niro EV yet, but we've been told to expect a starting price similar to that of the Kona Electric, which starts at $37,495. After the tax credit, the Niro EV should be right around $30 grand. Kia says it will only be sold in 12 states — California, Connecticut, Georgia, Hawaii, Maryland, Massachusetts, New Jersey, New York, Oregon, Rhode Island, Texas and Washington — at a total of 103 dealerships, where it should be on sale by the end of the month. Kia told us it doesn't have plans to sell beyond those markets, so you shouldn't hold your breath if you hope to buy one in the Midwest.

EVs have up to this point been obtainable and practical for short trips, but fundamentally were a niche vehicle for a very specific buyer. The promise of EVs is that they may one day break out of that niche, a future we're optimistic about — impatient for, even. The Niro EV doesn't seem like some stopgap vehicle while we're waiting for better EVs; it's good on its own, the kind of car you'd expect to own for a long time. And more important, it's not just some cold appliance. Like the Kona Electric and the Chevy Bolt, this new generation of long-range, relatively affordable EVs have a spark of life in them. 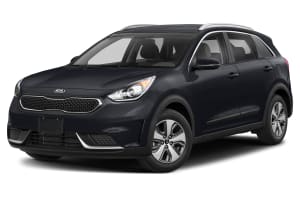