Americans had been buying Mitsubishis with Dodge or Plymouth badging for more than a decade when the first Mitsubishi-badged cars began showing up on these shores. For the 1983 model year, Mitsubishi USA offered the Cordia, the Tredia, the Mighty Max, and the Starion; the latter was a futuristic-looking rear-wheel-drive sports car that took direct aim at potential buyers of the Supra, the 280ZX, the RX-7, and even the Camaro. Here's a rare first-year "narrow-body" Starion in a Denver self-service wrecking yard. 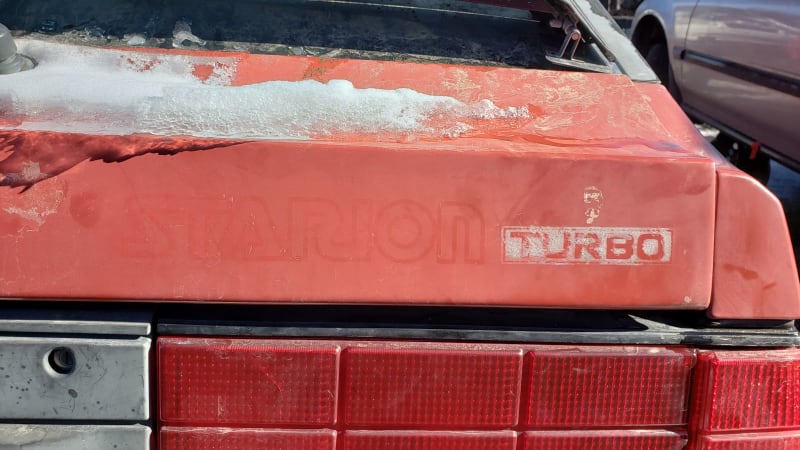 Even though every Starion sported a turbocharged engine, the word TURBO was considered so magical during this era that no self-respecting car company in 1983 would have refrained from adding at least a couple of TURBO badges. Later Starions (and Conquests) even had TURBO badging sewn into the seat belts. 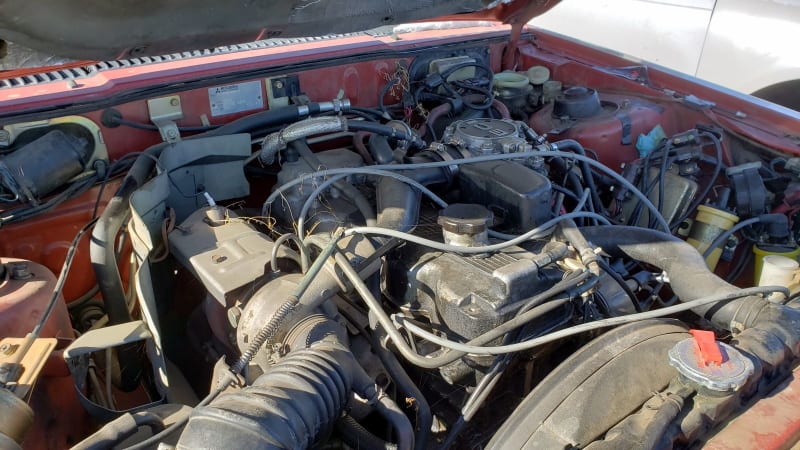 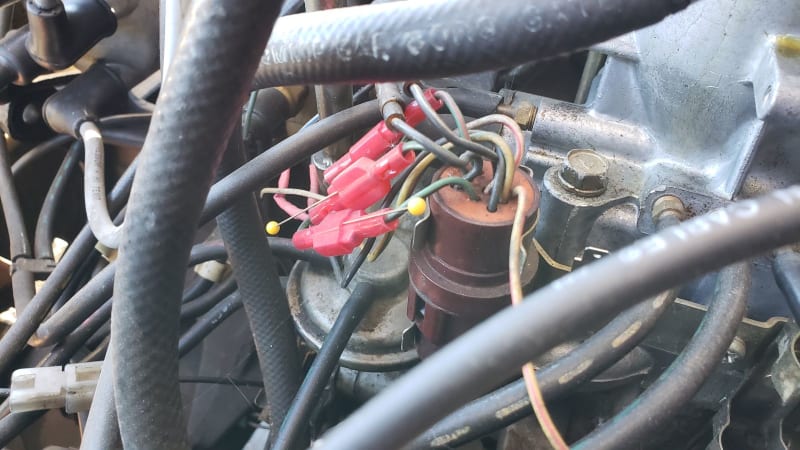 This car looks tired but not rusty. The pins stuck into fuel-injection electrical connectors tell a sad story of its final days on the road; a frustrated owner tried to use a multimeter to figure out hard-to-diagnose electrical woes. 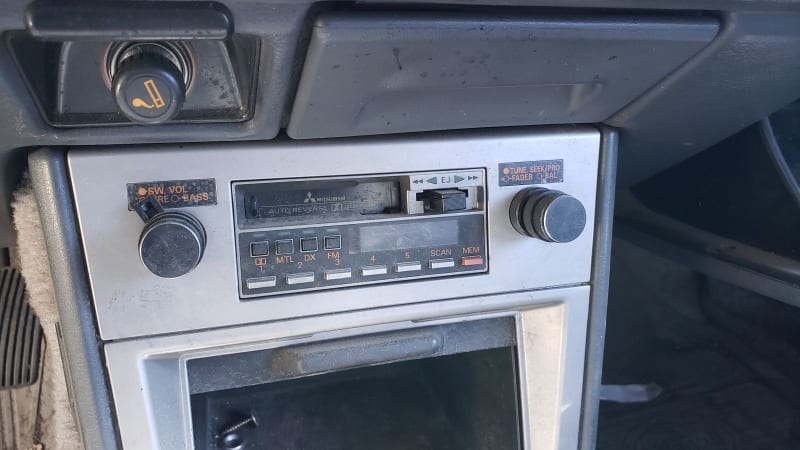 Auto-reverse was a high-end audio-system feature in 1983 cars. Mitsubishi made (and still makes) plenty of good consumer electronics, so the sound systems in these cars were considered high-quality stuff for their time. 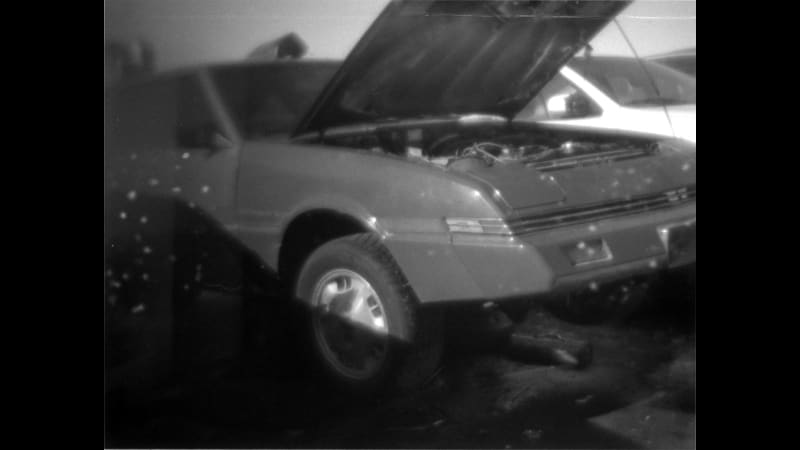 I shot this car with a circa-1983 cereal-box-prize film camera, because it seemed like a good idea.


With music by Osamu Kitajima and artwork by Shuse Nagaoka (whose work you may know from all those 1970s ELO and Earth, Wind & Fire album covers), the Japanese-market ad for this car reveals its SUPER POTENTIAL.