Corvette Special Edition to be revealed at Rolex 24 next week

Zac Palmer
Chevrolet is planning on showing a Special Edition Corvette next Friday at the Rolex 24 at Daytona. That's right, the C7 isn't quite done giving us surprises yet. That said, it's extremely likely this is the last new version of the soon-to-be old C7. We know this will be happening due to a schedule of events posted on IMSA's website for the "Corvette Corral."

As of now, we don't have any further details from Chevrolet about what to expect from this Special Edition. Our guess based on Corvette special edition history would position it as either a Stingray- or Z06-based car with some type of appearance package on it. Holding the reveal at a race could signify it being a racier version of a normal Corvette, though there are already scads of those with models like the Grand Sport and king ZR1. Whatever it is, expect it to be limited in number and cost a good bit more than whatever Vette it's built on.

This news should excite anybody still pining after the traditional front-engine Corvette, even though most the excitement nowadays is surrounding the upcoming mid-engine C8. We'll have to wait a week from today to actually learn what's coming our way, but more Corvettes in the world is never a bad thing. 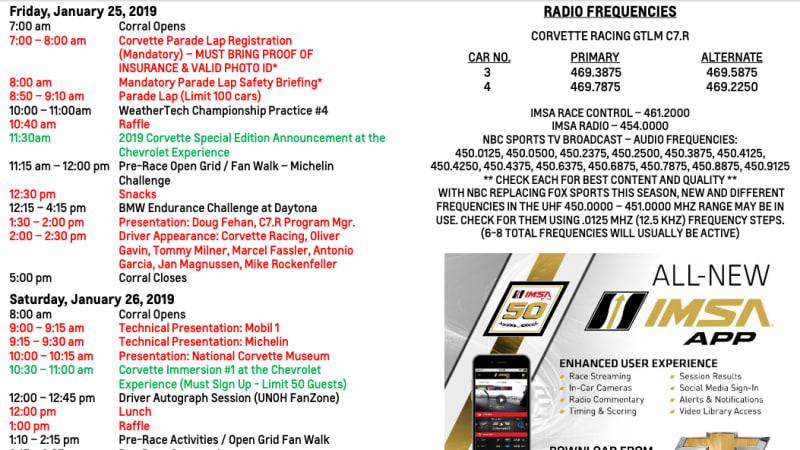