Zac Palmer
Chevrolet has shown us a few photos of its redesigned Silverado Heavy Duty, and today we score our first teaser of the GMC Sierra version of this truck. The most controversial feature of the Silverado HD has to be its massive grille, and the Sierra appears to be no different. Just from this photo of the face, we can already tell it's going to be as bold, some might say gaudy, as the Chevy.

We'll have to wait awhile to see it all, though, as GM says the Sierra HD will be making its debut in the second half of 2019. It's no Supra teaser campaign, but this one is already starting out pretty early for a work pickup truck. As far as features and technical details go, mum is the word for now. However, we can assume the Sierra will be nearly identical with the Silverado HD powertrain-wise. We know two engines will be offered on that truck, one being a gasoline V8 and the other a Duramax turbodiesel V8 — the former will be mated to a six-speed automatic, while the latter gets the 10-speed auto. Even though it isn't out yet, the torque figure is already less than the Ram and Ford heavy duty trucks at 910 pound-feet from the diesel. The Ram Heavy Duty just revealed at the Detroit Auto Show scores a whopping 1,000 pound-feet of twist in the torque department.

We'll know more about the Sierra HD when the Silverado HD presumably gets revealed with full details at the 2019 Chicago Auto Show at the beginning of February. One thing's for sure: If you want chrome and lots of it, you're gonna get it with the 2020 GMC Sierra HD. 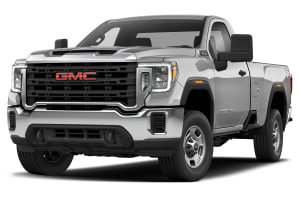 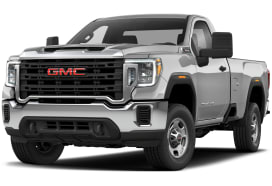 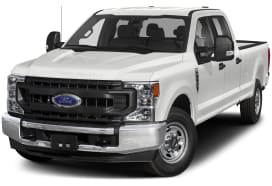 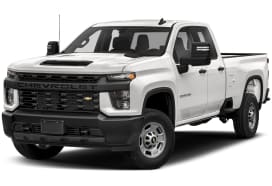