2020 Ford Explorer ST vs 2019 Dodge Durango SRT: How they compare on paper

For a few years now, the Dodge Durango SRT has been the sole three-row performance crossover from a non-luxury brand. That all changes now that the 2020 Ford Explorer ST is coming to market. Now we have two family crossovers with rear-drive-based platforms vying for buyers that demand practicality and power.

As such, there's no better time to dig into their specs to see how they compare. We'll check out each crossover's horsepower, torque, space, capability and prices. The full specs are listed below, followed by some analysis afterward. We also compared the regular 2020 Explorer models to other crossovers in this segment, if if that's not enough, you can check out our car comparison tool. 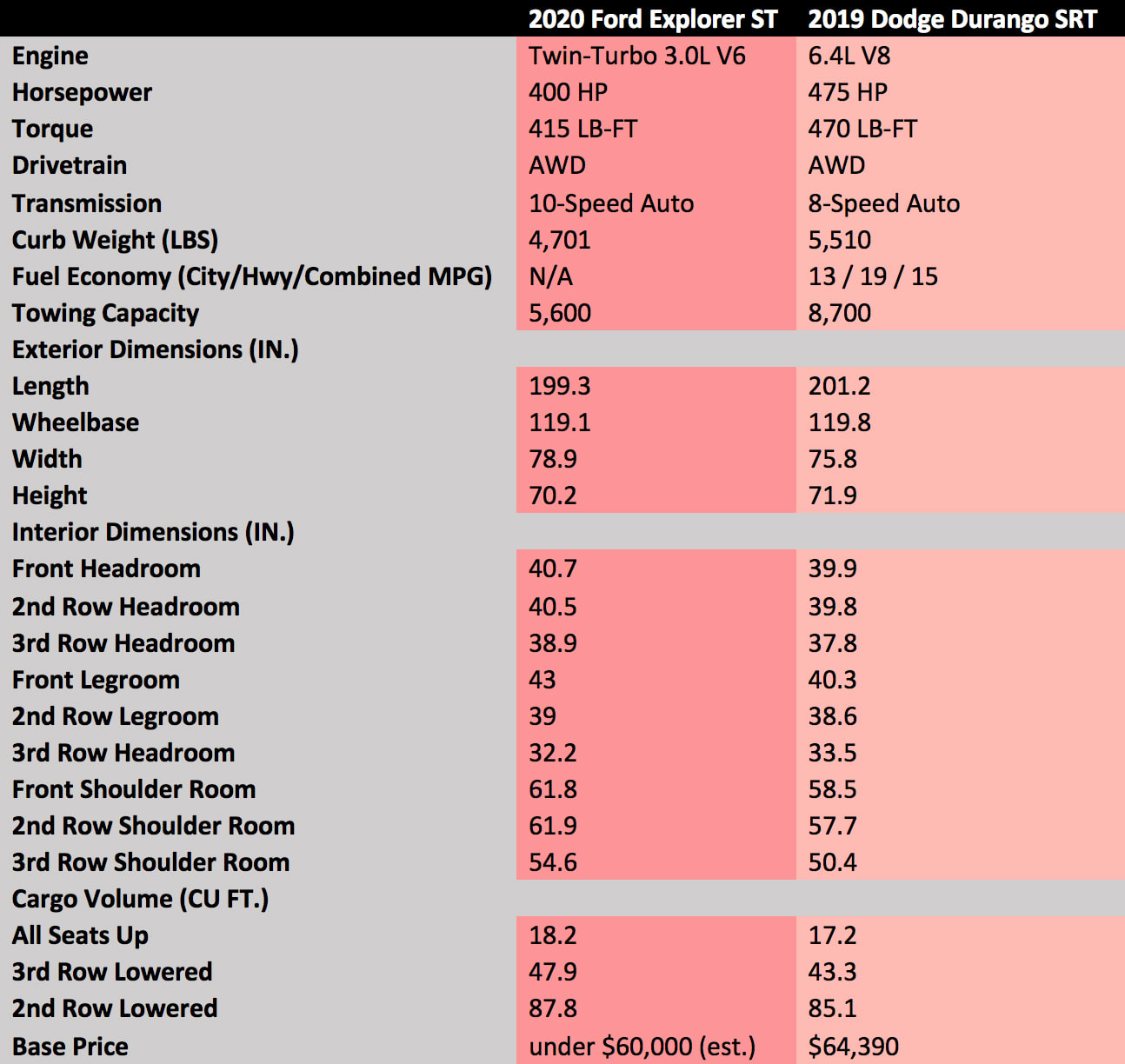 The Explorer and Durango go about making power in very different ways. The Explorer goes the force-fed route with two turbos feeding a 3.0-liter V6, while the Durango's enormous 6.4-liter V8 produces power with air flow au natural. Of the two, the Durango has the greater output of 475 ponies and 470 pound-feet of torque, feeding the flames of everyone that lives by the phrase "There's no replacement for displacement." The Explorer is no slouch at 400 horsepower and 415 pound-feet of torque, though.

Performance isn't purely based on power, though. Other factors play a role, such as weight, and in that regard, the Explorer is way ahead. At 4,701 pounds, it weighs a massive 809 pounds less than the portly Durango. This also means that both crossovers are very close in weight-to-power ratio, with the Explorer only slightly worse at 11.75 pounds per horsepower and the Durango at 11.6. Less weight will also play a roll in handling, and the Explorer is likely to feel sprightlier without so much mass to shift back and forth. Although the Durango SRT is the largest on the outside in every dimension, it loses out to Explorer repeatedly inside. The Ford has more headroom, leg room and shoulder room in nearly every row except the third-row where headroom comes up a bit short. Even with cargo space, the Explorer starts out with an extra cubic foot of space with all the seats up, and ends up with 2.7 cubic feet of extra space with all the seats down.

But if you want to tow large items, the Durango is your ride. The Explorer can pull a respectable 5,600 pounds, but the Dodge eclipses it with 8,700 pounds. In fact, it's the most capable puller in the Durango line-up, even beating out the 5.7-liter V8-powered Durango R/T's 7,200-pound towing capacity. Final pricing for the Explorer ST hasn't been announced, but Ford did say it should be priced under $60,000. So even if it costs $59,999, it will be about $4,000 less than the Durango SRT. Considering how close these two may be when it comes to outright performance, it should be a good value.

Fuel economy hasn't been announced either, but the bar isn't high. The Durango can't break 20 mpg in any category. We're expecting the Explorer to at least break 20 mpg on the highway, since the outgoing 365-horsepower all-wheel-drive model, which also weighed about 200 pounds more than the new ST, managed 22 mpg when cruising on the Interstate. 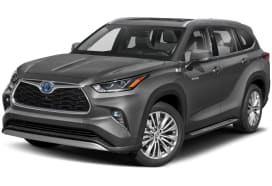