John Beltz Snyder
At CES 2019 in Las Vegas, Daimler Trucks unveiled its latest innovation for its Class 8 Freightliner Cascadia semi truck. Beginning in July, the popular hauler will be the first production vehicle in its class to use SAE Level 2 automation on U.S. roads. The Cascadia will come standard with Detroit Assurance 5.0 technology from its Detroit (née Detroit Diesel) unit.

Detroit Assurance 5.0 includes updated automatic emergency braking that can detect pedestrians, adaptive cruise control that can bring the truck to a complete stop, auto wipers, headlamps and high beams, and a traffic sign display that shows the current speed limit. Optional features include Active Lane Assist — which centers the vehicle and warns against and helps actively prevent lane departure — and Side Guard Assist, which is essentially blind spot monitoring for the passenger side of the truck and its trailer. These systems not only detect vehicles in front of and alongside the truck, but can also respond to cyclists and pedestrians.

The Cascadia, when equipped with the DT12 automated manual transmission, also comes standard with IPM6 (Intelligent Powertrain Management) with predictive cruise control. With map coverage increased by 35 percent over the previous iteration, this system more accurately predicts changes in grade in order to balance the engine load for greater fuel economy. It can even manage the powertrain on grades subtle enough that the human driver wouldn't realize there was an incline at all, providing constant torque and reducing the need for braking.

The new Cascadia also comes with some improved aerodynamic features, including A-pillar deflectors and tow hook covers, along with optional Aero and AeroX packages to further reduce drag and improve fuel economy. The latter includes added fairings between cab and trailer and between the wheels, automatic ride height control and low-rolling-resistance tires from Michelin.

Daimler Trucks and Buses CEO Martin Daum told the gathered media a little more about the company's plans for automated driving. Firstly, he announced that Daimler would no longer be pursuing platooning, which is essentially automating trucks in line behind a lead vehicle to save fuel. In real-world testing, the hypothetical efficiencies tended to fall flat, with too few moments on public roads where a line of trucks could form for long enough to achieve valuable fuel economy gains. In fact, it often wasted more fuel to re-configure the trucks behind one another after the platoon was split apart by a traffic event.

Daum's second announcement about the future of truck automation was that, after Level 2, Daimler will skip Level 3 automation and work toward Level 4. The business case for Level 3, in which a human driver can relinquish control but must still be at the ready to take over driving duties, is a case of redundancy. Level 4, which completely eliminates driver responsibility in certain scenarios, makes more sense. Daum said he was once skeptical of Level 4 automation, but now says Daimler can see it clearly in its sights.

While Daimler referred to the implementation of Level 2 automation as "a promise delivered," the company indicated another milestone in the near future that was not quite a promise, but a likelihood: The company will begin testing Level 4 automated trucks on U.S. roads sometime this year. Interestingly, despite the public's wariness of automated driving, the U.S. harbors a friendlier environment for testing automation. Federal and state regulators are open to prudently paced innovation. Also, the U.S. is home to a lot of long-distance infrastructure and homogeneous traffic flow (cars traveling on the highway at similar speeds).

With global freight expected to double between 2015 and 2050, and a current shortage and high turnover of truck drivers in the U.S., automation is an important solution for Daimler. In the short term, Level 2 automation will help improve safety and increase efficiency, helping to reduce traffic accidents caused by human error while improving fuel economy and vehicle uptime. Further improvements like the ability to install over-the-air software updates and including Daimler's own proprietary fleet data recording and management can further reduce operating costs.

If a lot of these improvements sound familiar, don't be surprised. During our test ride in the Cascadia, we found the Level 2 automation to effectively mirror — and scale up for larger loads — Mercedes-Benz's robust Distronic driver assistance systems. It accelerates, brakes, and helps steer, but requires the driver to keep hands on the wheel and maintain control. Even the digital displays in the truck looked largely familiar to those of recent Mercedes cars we've driven. The folks at Daimler told us that a lot of these technologies begin in passenger cars, and then take about "four-ish" years to make their way into these heavy trucks. We're glad they're making their way into these popular Freightliners now. Not only will this benefit truck drivers and fleet managers, but it will improve the safety of these giant vehicles with which we now and will continue to share the road. 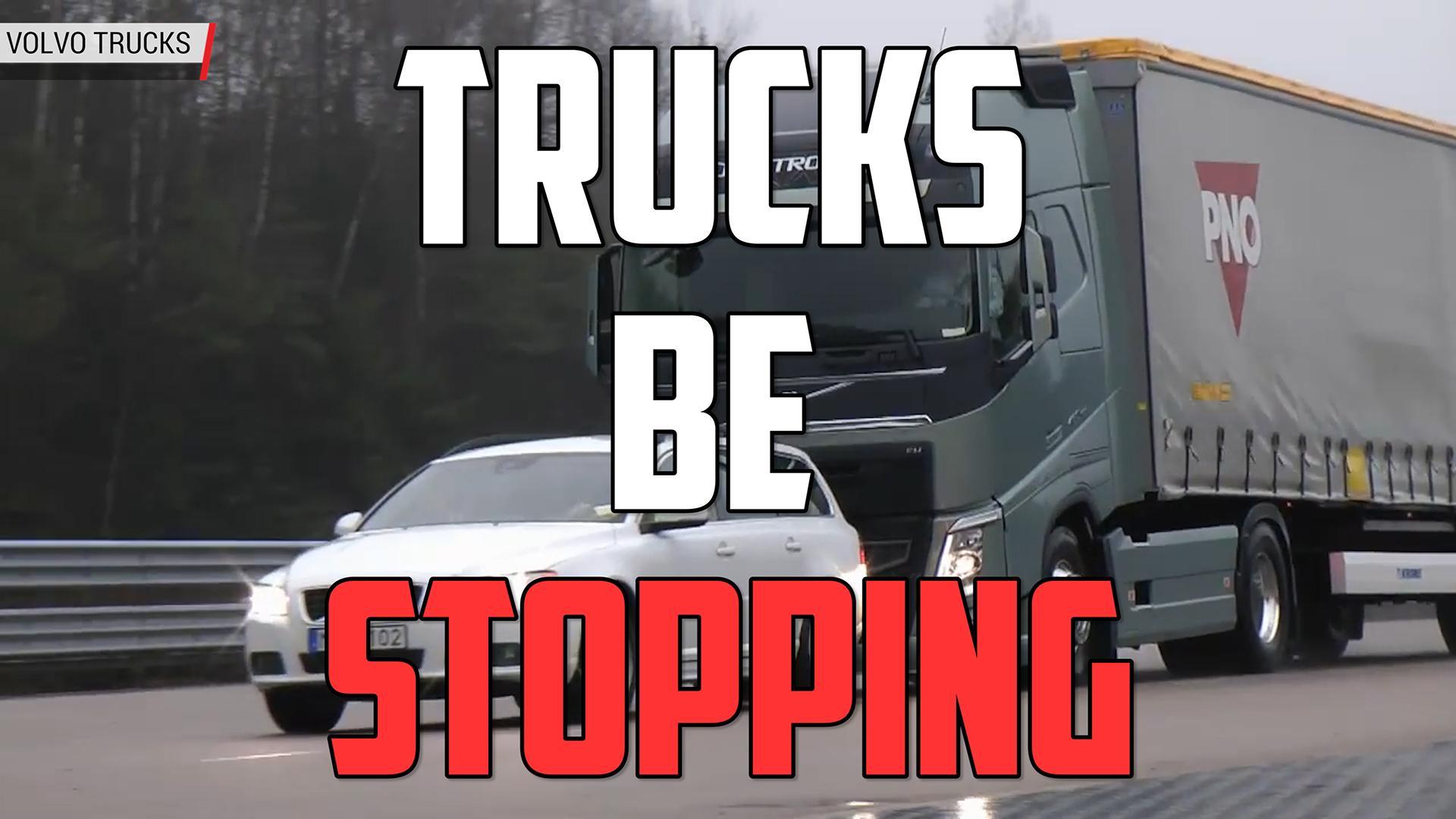