Nothing obscures this sloped-roof prototype

We got our first glimpse of the 2020 Audi Q4 luxury crossover last month, but we didn't get the best look because of various objects in the way of the vehicle. This latest batch of spy shots makes up for that, giving us crisp, clear, unobscured views of the sporty little Audi.

From the front, it's clear that the Q4 will share the Q3's fascia. The lights and lower grilles appear to be identical between the two crossovers. It's possible the center grille is a touch wider, but that could be an optical illusion from the camouflage.

The roofline is what really distinguishes the Q4 from the Q3. The roof is clearly lower than on the more traditional Q3, and it drops into a fastback shape toward the rear. It's the same idea that we've seen on the BMW X4 and Mercedes-Benz GLC-Class Coupe, but this is one of the most angular and chiseled takes on the design concept we've seen so far. In fact, in profile, it looks a bit like a Lamborghini Urus.

Seeing as the Q4 is sharing major parts of the latest Q3 on the outside, we expect the same goes for under the skin. That means two versions of a 2.0-liter turbocharged inline-4 with 184 horsepower and 236 pound-feet of torque, or 228 horsepower and 258 pound-feet of torque. Both of these will be connected to an 8-speed automatic and an all-wheel-drive system. We also expect to see the Q4 unveiled sometime this year, especially as Audi said it should go into production this year. We probably won't see the Q4 show up at U.S. dealers until early next year at the soonest, though, since the Q3 doesn't launch here until later in 2019. 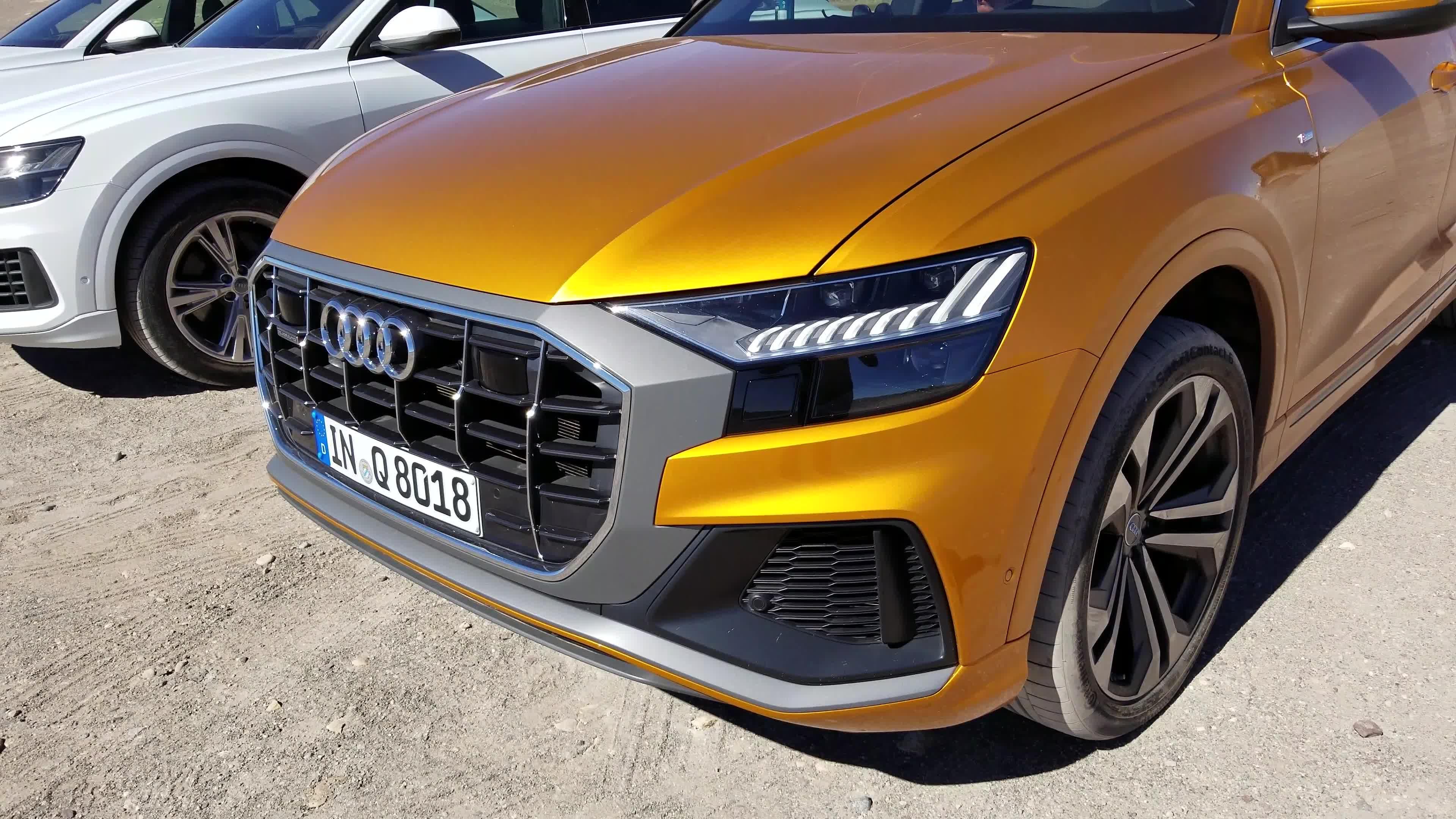