How it's made: Audi E-Tron

Take an extremely deep dive into the development process

Tony Markovich
As part of the opening to this promotional "documentary," the narrator states, "No Audi project has ever involved so much pressure." He's referring to the E-Tron, Audi's first fully battery-electric SUV that is set to be delivered in 2019 as a 2020 model. To a degree, it's true, as the EV push is one of the biggest industry shifts that automakers have ever had to adapt to. As Audi's first answer, the E-Tron has a lot to prove.

Audi will be introducing the E-Tron right in time for the mainstream wave. Tesla already has the Model X available and Jaguar offers the I-Pace, but 2019 stands to open the gates to numerous new offerings from manufacturers that have previously built their fortunes on internal combustion.

When it launches, the e-tron will offer a competitive package. Starting at $75,795, the two-row SUV falls between the Q5 and the Q7 in regards to size and has the understated sharp design that fits perfectly with Audi's aesthetic. Without badges, it'd be difficult to know it's an electric vehicle.

In boost mode, Audi claims the dual-motor propulsion setup (165-kW on the rear, 135-kW on the front) makes 402 horsepower and 490 pound-feet of torque. Fitted with a 95-kWh battery pack, it should offer solid range, as well, though Audi has yet to put an official estimate on it.

Through the five-year process of developing this vehicle, Audi has been filming every step of the way. Just before Christmas, the manufacturer released this video detailing the path and numerous challenges that came with it. The film takes viewers around the globe to numerous Audi plants, including Germany, Hungary, and Belgium. The various locations include where the battery packs are built, where the batteries are developed, where the electric motors are produced, where the aero work is done, and where every type of testing you can imagine is done (crash-testing fanatics can fast-forward to 8:00).

The 41-minute video is a great reminder just how much work goes into the development of one car. Consumers and journalists have the simple job of pointing out faults, but it's easy to forget how granular a process such as this can get. The charge port cover, for example, throws error codes on more than one occasion in the film. Sometimes the seemingly most basic parts of complex technology causes the most annoying problems.

As previously reported, the E-Tron is just the first piece in an enormous electrified puzzle for Audi. By 2020, Audi hopes to launch three electric vehicles, and by 2025, nine more vehicles are in the pipeline. That's a lot of factory footage. The video also has some claims about the vehicle and production processes that show how quickly things can change in the quick-moving auto landscape. 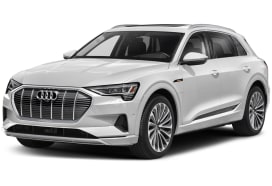 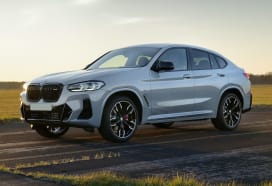 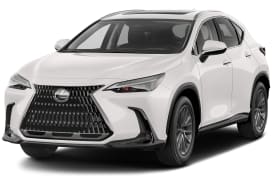