MoMA displays a classic Fiat 500 at its Good Design exhibition

The original, rear-engined Fiat 500 is a design icon thanks to its distinctly recognizable rounded shape and diminutive size. Millions were made from 1957 to 1975, plenty survive, and the car has received not one but two revivals, first in 1991 in the form of the literally named Cinquecento and then with the 2007-present, retro-styled "Nuova" 500. But it's the original that's still worth celebrating, and a new exhibition at New York's MoMA museum is doing just that.

The industrial design exhibition, The Value of Good Design, displays an F series 500 as an "expression of form following function." The rear-engined 500 of 1957 was well-timed as Italy rose from the ruins of war and families needed an affordable car that could fit four -- and the 500's spacious packaging was found handy enough to warrant strong sales. And choosing a 500 didn't mean you would need to give up style, especially as a folding fabric roof made the 500 good for sunny weather outings as well (while also saving a bit of steel).

Recently, Fiat's small-car know-how has been in the spotlight at various exhibitions. At the Grand Basel show in Switzerland, Italian design professor Paolo Tumminelli celebrated a beat-up, original Fiat Panda as "The very last car made for people, the last surviving witness of a time when the car was still serving humans -- and not the other way around." That is certainly true of the 500 as well, along with its successors, the 600 and 126 models. The below promotional Fiat video from 1957 shows just how cool the 500 was when it was new.

MoMA's The Value of Good Design runs from February 10 to May 27. 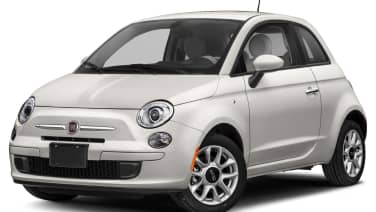 $1,296 - $1,560 Nat'l avg. savings off MSRP
See Local Pricing
I'm not in the market for a vehicle at this time. Please move this suggestion to the side for 30 days.
Huge Savings