No more crawling and shoving

Antti Kautonen
Way back in the late 1990s when Saab was still a functioning carmaker, one of the things advertised about the then-new 9-5 Wagon was that the trunkspace floor had aircraft-inspired cargo securing tracks. Far handier than just a couple of metal hoops hidden in there somewhere, surely? A couple of decades later, we giddily await for the next notable invention in the fascinating world of item hauling, and it might be this one: Ford is patenting conveyor belts in the back of a three-row SUV.

Yes, the idea of the Ford patent is to make it easier to move stuff around the trunk of a three-row SUV, from the load lip to the back of the cargo area, and perhaps to fetch those same things from beyond the reach of a mere non-stretchy mortal. Not everyone of us is Mister Fantastic, so we have to strain for the farthest cargo. But pressing a button and having a conveyor belt bring those things within your grasp — isn't that the civilized way? Part of the idea is that the belts would utilize the same motors that power-fold the third row, so while the solution makes things a little more complicated, it would still make a bit of sense.

But as CNET reminds us, car manufacturers patent flight-of-fancy stuff all the time, and a patent application doesn't actually mean you'll be seeing conveyor belts in your 2025 Explorer. Still, here's hoping. It would make for a great advertisement: "Ford: Our conveyor belt assembly line was one of the things that made the Model T such a success. Now, you can have one of those inside a Ford ..." 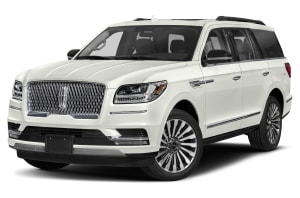