As if we needed another reason to want a Jimny

Tony Markovich
When the new generation of the Suzuki Jimny debuted, it drew plenty of comparisons. Mercedes-Benz G-Class, Jeep Wrangler, Toyota Land Cruiser, etc. Pick an old-school-styled boxy off-roader, and it would probably work. But one Japanese Tuner is taking the lookalike comparisons to the next level, focusing on one of the most iconic off-roaders of all time: the Land Rover Defender.

DAMD Inc., the tuner that also created a body kit to make the Toyota 86 sports car look like the Lexus LFA supercar, is developing a styling kit that makes the Jimny go full Defender. We can't lie, as much as we love the regular Jimny, this looks pretty damn cool, as well. 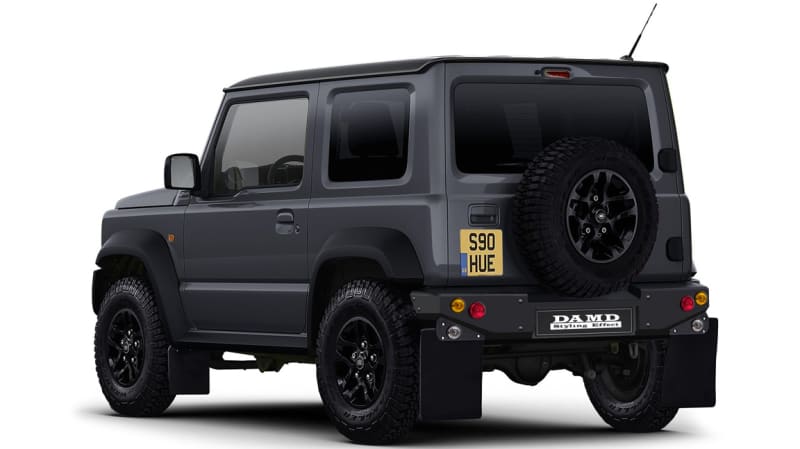 While the public waits for Jaguar Land Rover to launch the next-generation Defender, this imposter will have to do (for people outside the U.S.—the Jimny is still not available here). The nose alterations make the resemblance impossible to ignore. It adds another headlight dimple for the signature trio and has "LITTLE D" lettering above the grille, which ditches the Wrangler-like vertical slats for horizontal bars.

It also adds a beefier front bumper with a more prominent skid plate. The mudflaps, knobby tires and off-roady wheels, bare spare tire, and the angled rear bumper complete the look. The rest of the similarities are already part of the Jimny. The boxy body, the wheel flares, and the roof cap are part of the standard model.

Beyond the images, there is not much information on the kit. There's no price, but DAMD notes it is scheduled to release in 2019. That gives us just enough time to move out of the country and order a Jimny.