Care by Volvo subscription service is growing faster than expected

So fast, it has pinched the supply of XC40 crossovers Volvo's new vehicle subscription service has exceeded expectations, with projected first-year sales of Care by Volvo subscriptions sold in the first four months of the service. And there's now a wait list for the popular XC40 crossover. It's also creating anxiety for dealers who miss out on the revenue of traditional sales or leasing, Automotive News reports.

The news comes on the heels of Cadillac opting to scrap its own $1,800-a-month subscription program after nearly two years, saying it was more costly to the company than expected. Volvo launched its monthly subscription service a year ago at the LA Auto Show with the XC40, though it slightly increased its prices since then. Customers who sign up for the XC40 under Care by Volvo are now on a wait list that stretches into 2019, and the program has pinched supply of the crossover for traditional, non-subscription sales, AN reports.

Volvo Cars of North America CEO Anders Gustafsson says he's intent on getting more dealers involved in the subscription game, in part by putting vehicles back on sale after they've been returned from Care by Volvo. Dealer groups have reacted to the trend of subscription services, which are run by the automakers themselves, by building political organizations to protect their interests.

Leases under Care by Volvo start at $650 a month for 24 months for the XC40 T5 Momentum and range up to $850 for the 2019 S60 T6 R-Design sedan, the second vehicle to be offered under the program. The service lets users drive up to 15,000 miles per year, and you can switch into a newer vehicle after 12 months. The monthly fee covers maintenance and wear coverage, 24/7 concierge service and roadside assistance, plus insurance. 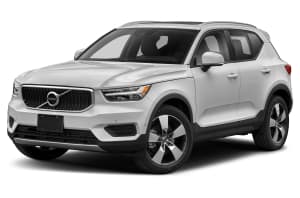