To make a more sophisticated Z4, BMW removed some rawness

A sporty convertible with tons of performance and style. Both the chassis and engine are playful, making this a solid choice for the driving enthusiast.

ESTORIL, Portugal — Much has changed with the compact two-seater convertible segment since the last Z4 bowed. And its precursor, the Z3, debuted in a world that thirsted for compact convertibles like the Mazda Miata MX-5. These ragtops stood a chance of attracting a small but strong audience.

Those early days are long gone. Porsche has famously (and controversially) dropped the cylinder count and turbocharged the Boxster, while Mercedes-Benz has abandoned ship altogether and discontinued the SLC. Others, like the Audi TT Roadster, have quietly soldiered on in low volume anonymity.

To adapt to this new world order, BMW's new Z4 bears the burden alongside Toyota, who use the same platform to build the Supra. The all-new underpinnings are built for better handling: though slightly taller than the old Z4, width grows by nearly 3 inches and wheelbase shrinks about an inch. The chassis is 20 percent stiffer, and front-to-rear weight distribution is an ideal 50/50.

The Z4 M40i is powered by BMW's B58 engine, a twin-scroll turbocharged inline-six producing 382 horsepower and 369 lb-ft of torque. The new model gains 47 hp over its predecessor, a significant figure not just because of the car's relatively diminutive footprint, but also because that U.S. horsepower figure is a whopping 50 hp greater than the European number (since Stateside cars aren't saddled with a gasoline particulate filter). 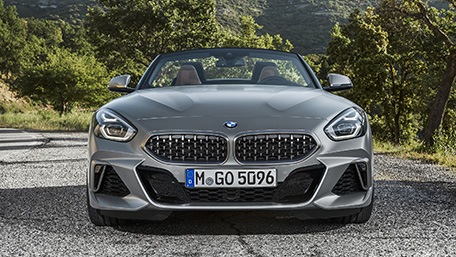 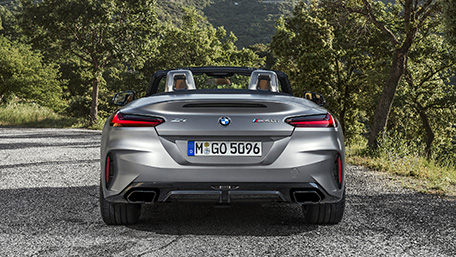 Slide inside and you're met with BMW's familiar cabin décor touches — that is, a relatively minimalist treatment with reasonably upscale materials befitting its premium price point. But the Z4 also incorporates a bit of standard-issue, 21st century tech you'll find in virtually all luxury cars these days: a digital screen that replaces conventional physical gauges. The screen incorporates a speedometer on the left and tachometer on the right, with a central area that can be used for navigation or alert information. Unlike Audi's virtual dashboard, the layout is essentially fixed, and the departure from conventionally round depictions of gauges may strike some traditionalists (like myself) as a sacrifice compared to a more conventional design; the screen is bright and clear, but the interface leaves much to be desired. At least the new seventh-generation iDrive system works well, and features a large 10.25-inch touchscreen that can also be navigated via a control wheel and surrounding buttons with haptic feedback.

Also perturbing to traditionalists is the fact that the Z4 is only available with an eight-speed automatic. One BMW rep told us that once the take rate drops below 10 percent, it becomes all but impossible to justify a three-pedal setup. That said, accelerating onto the Estoril circuit in Sport+ mode reveals a copacetic relationship between the torquey six-cylinder and the eight-speed auto, with plenty of torque to pull the Z4 onto the track. 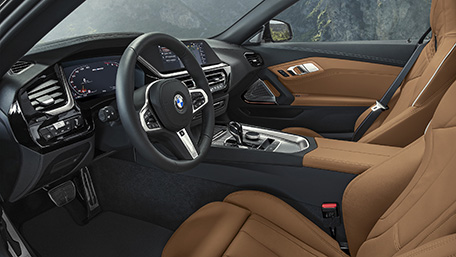 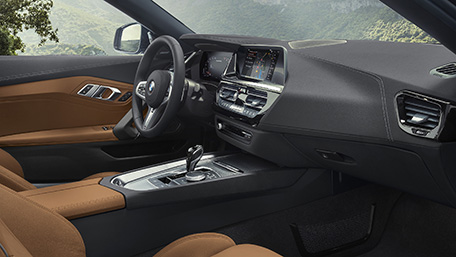 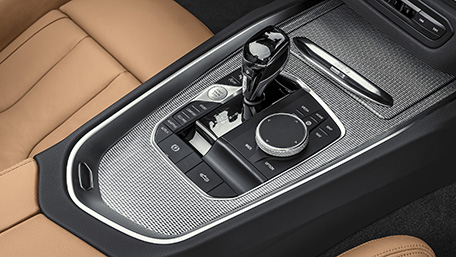 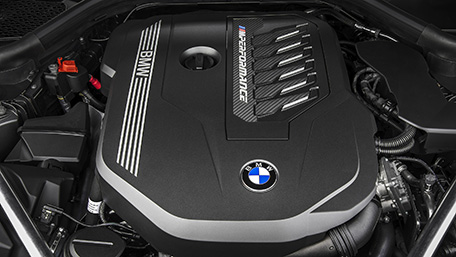 With a front track that's been widened nearly four inches, there's a palpable difference in how the Z4 attacks corners, with plenty of bite at turn-in. Also aiding grip is meaty 275mm, 19-inch rubber all around — a reassuring security blanket at Estoril, a track that induces slides.

The raw mechanical grip is an unexpected boon. My lead/follow track session at Estoril's 2.599-mile course involved chasing two pro drivers, and our pace in Sport+ was surprisingly quick and with minimal intervention from the traction control in Dynamic mode. The brakes were equally up to the task of hauling the Z4 down from serious speeds.

A road trip to Portugal's jagged coastline offered a better opportunity to experience the Z4's more natural habitat of traffic-clogged expressways and the occasional empty, winding road. The chassis that felt solid and track-capable is, not surprisingly, more than adequate for spirited canyon driving, taking on the twisting tarmac with confidence and composure. The drivetrain is similarly easygoing, revving with a linear, predictable powerband that makes it easy to exceed the speed limit — it'll hit 60 mph in just 4.4 seconds, too. At speed, the Z4 flows with smooth, easy maneuverability, with the prodigious torque peak between 1,600 and 4,500 rpm helping it along considerably. There's a sense of polish to the sensory experience, which is accentuated by the subtle engine sounds enhanced by the optional 12-speaker, 464-watt Harman Kardon system. 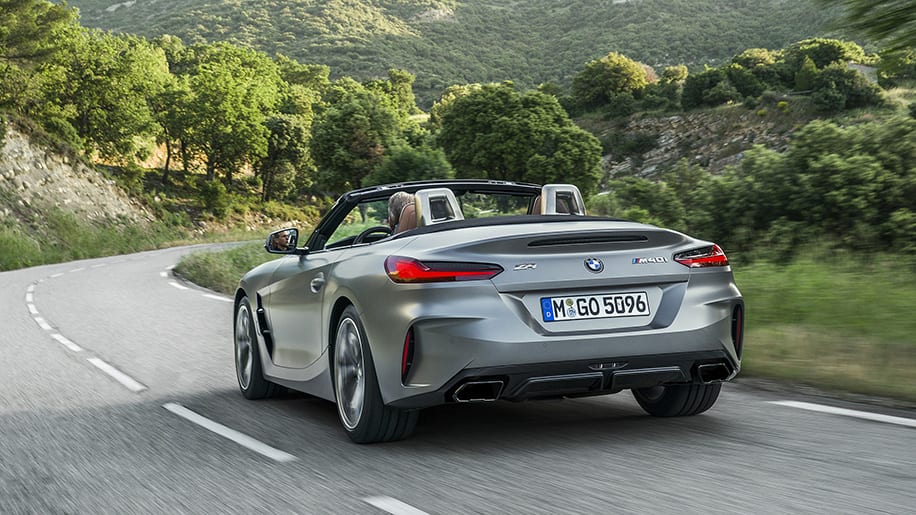 The mild ECO-PRO drive mode provides softer piped-in exhaust sounds and smoother, predictable shifts. And past the busy commuter arteries near Lisbon and onto the twisting two-lane highway hugging the Atlantic coast, the soft top's quick operation — 10 seconds at speeds up to 31 mph — impressed. Our tester included an optional weave that deflects UV heat. A small baffle keeps turbulent airflow out of the cabin, which remains relatively peaceful as speeds escalate.

The Z4 has evolved into a more refined, composed convertible that begs to be driven faster and farther. But that's the rub, too. By removing the slip and slide aspect that elevates cars like the flickable Mazda Miata MX-5, the Z4 also removes some of the thrill from the equation. Mature, secure, and surprisingly capable, the new Z4 is more cerebral than visceral. It's a safe play in a shrinking ragtop market with fewer players than ever.