It’s old on the outside, new on the inside

You know Jonathon Ward. His Icon restomods (although that word might not be specific enough to encompass the artistry of his creations) are legendary, as are his Toyota Land Cruiser FJs. And his Derelict series has been around for a while now. He did a '52 Chevy Business Coupe back in 2011. We have known about this creation, a '49 Merc coupe, for a few months. At SEMA, joining the very cute Fiat Giardinetta EV, the wraps are off and we can view it in its fully patina'd glory.

The Merc pairs an electric powertrain with an untouched-looking exterior, save the lowering and a few hard-to-spot details that point to its heavily modified character. Look underneath and you'd see a full Art Morrison custom frame. The patina, sometimes overdone, looks lovely here over the greyish green paint. A Derelict badge and one of Ward's signature lizard sculptures are apparent on closer inspection. Underneath the original gas cap is a cleverly placed Tesla supercharger connector, and behind the license plate is a CHAdeMO receptacle. 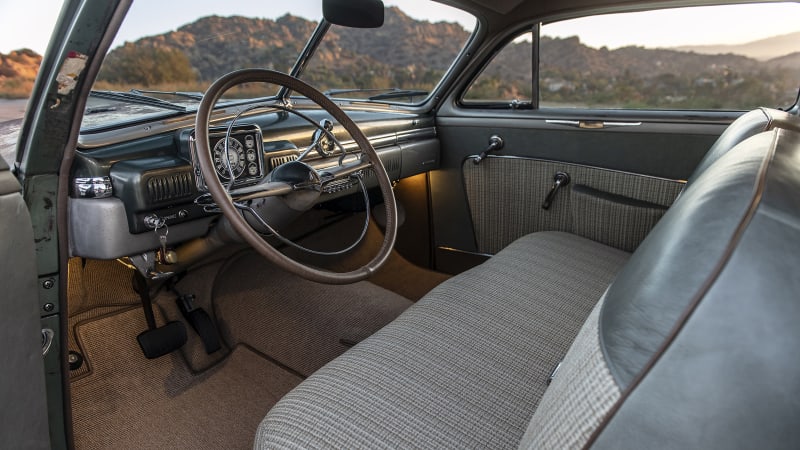 Inside, lovely period-appropriate fabrics and leather set off the more involved details. Power windows operate via the original manual window cranks. Digital gauges made by Andromeda have a vintage design. A/C vents now perforate the dash but look like they could have been original. Same with the new switches, bezels and so forth, which operate modern components.

The coolest part is under the hood. The battery controllers and some of the Tesla-sourced batteries (there's a full 85-kWh set of Tesla batteries spread around the car) are placed underhood and slightly resemble a V8 engine. The electric motors, which make roughly 470 lb-ft of torque and the equivalent of about 400 horsepower, reside where the traditional transmission would be. Even the underhood wiring gets a vintage-style woven cloth loom. The EV conversion was "co-engineered" by Icon and Stealth EV. 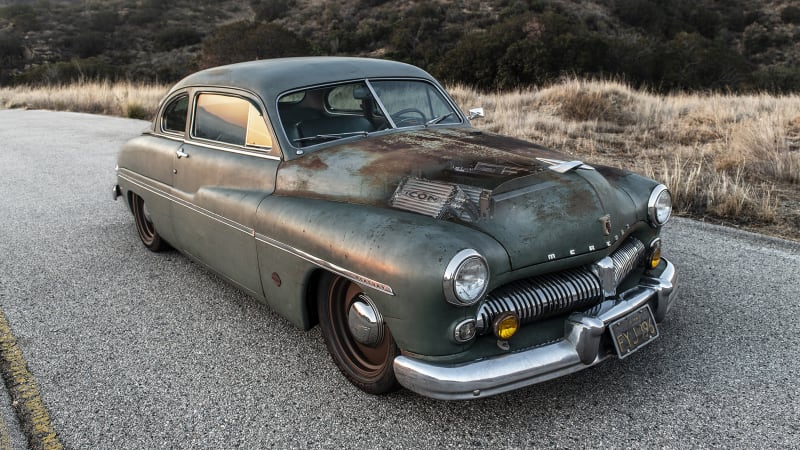 The best part about the Derelict Merc is that it hints at a future in which EV conversions might be more about style and function than simply a trunk full of un-sexy batteries. Thanks to the Tesla bits, it's useable, too, with 150 to 200 miles of range and a 90 minute full recharge capability. The careful build and custom touches were obviously a spare-no-expense sort of job, and Ward isn't saying up front what a build like this might cost. But — spoiler alert — it ain't cheap. Pore over the gorgeous photos above and if you're at SEMA, go check it out at the Optima Battery booth. 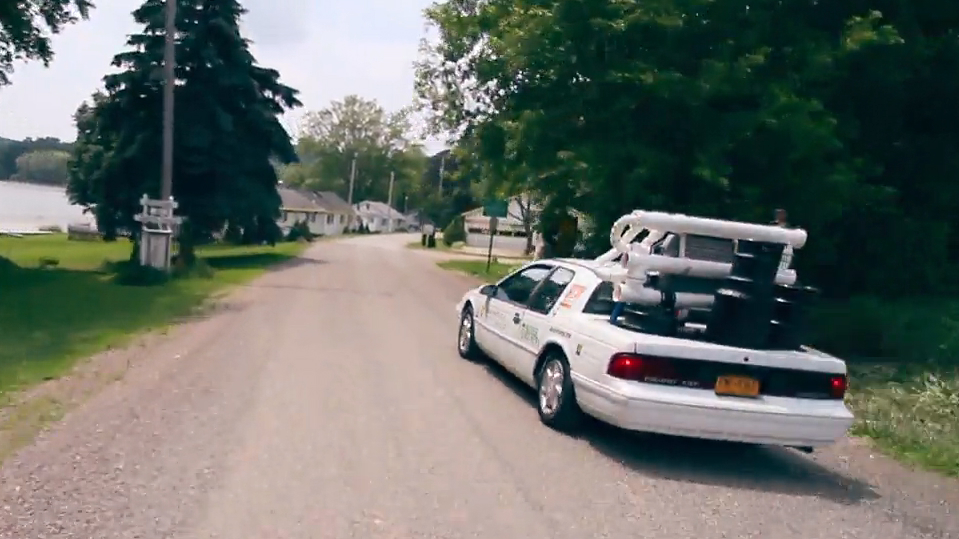