The upcoming Kia Soul EV has been spied again at the Nürburgring. This time, it was wearing substantially less camouflage, revealing a shape very similar to conventionally powered Kia Soul prototypes. We also get our first look at the compact hatchback's interior. The interior reveals that the Soul EV should have impressive driving range, too.

We'll get to the design aspects of this prototype in a moment, but first we want to address the car's range, which is shown on the infotainment display. It clearly shows that this car had 92 percent of its charge remaining, with an estimated range of 437 kilometers, or about 271 miles. That's a lot of range, and it's also in keeping with the European range estimate for the Hyundai Kona Electric, which was 292 miles. We don't expect quite that much range in the U.S., since the Kona is rated for 258 miles under EPA testing. But this makes us think the Soul could have roughly the Kona's U.S. range, which would be impressive. This could also suggest that the Soul EV will have the same 201-horsepower electric motor as the Kona and the Kona's cousin, the Niro EV.

It isn't just range that's revealed with this prototype. This example gives us the best look we've had yet at the little electric. It shows us that the Soul EV shares the same boxy shape, boomerang-shaped taillights, and full-width headlights of the gasoline models. There are some unique deviations, though. While the wide headlight section is the same shape as the internal combustion model, it actually appears to house the main illuminating lights. The other version puts the lights for forward illumination lower in the front fascia. On the Soul EV, these lower light pods are still there, but they appear to be for accent lighting, maybe turn signals or possibly fog lights. The large lower grille of the gasoline Soul is also virtually gone except for a small opening at the bottom. It will be interesting to see what Kia does with all this extra space.

The interior is an evolutionary take on the current model. The biggest difference appears to be a revised infotainment system with a wider screen and buttons placed underneath, rather than on each side. This being the EV model, it has a little rotary knob for shifting rather than a lever, and the instrument panel shows a speedometer and a dial that provides power information. The doors seem to have some interesting metallic trim with swoopy patterns. 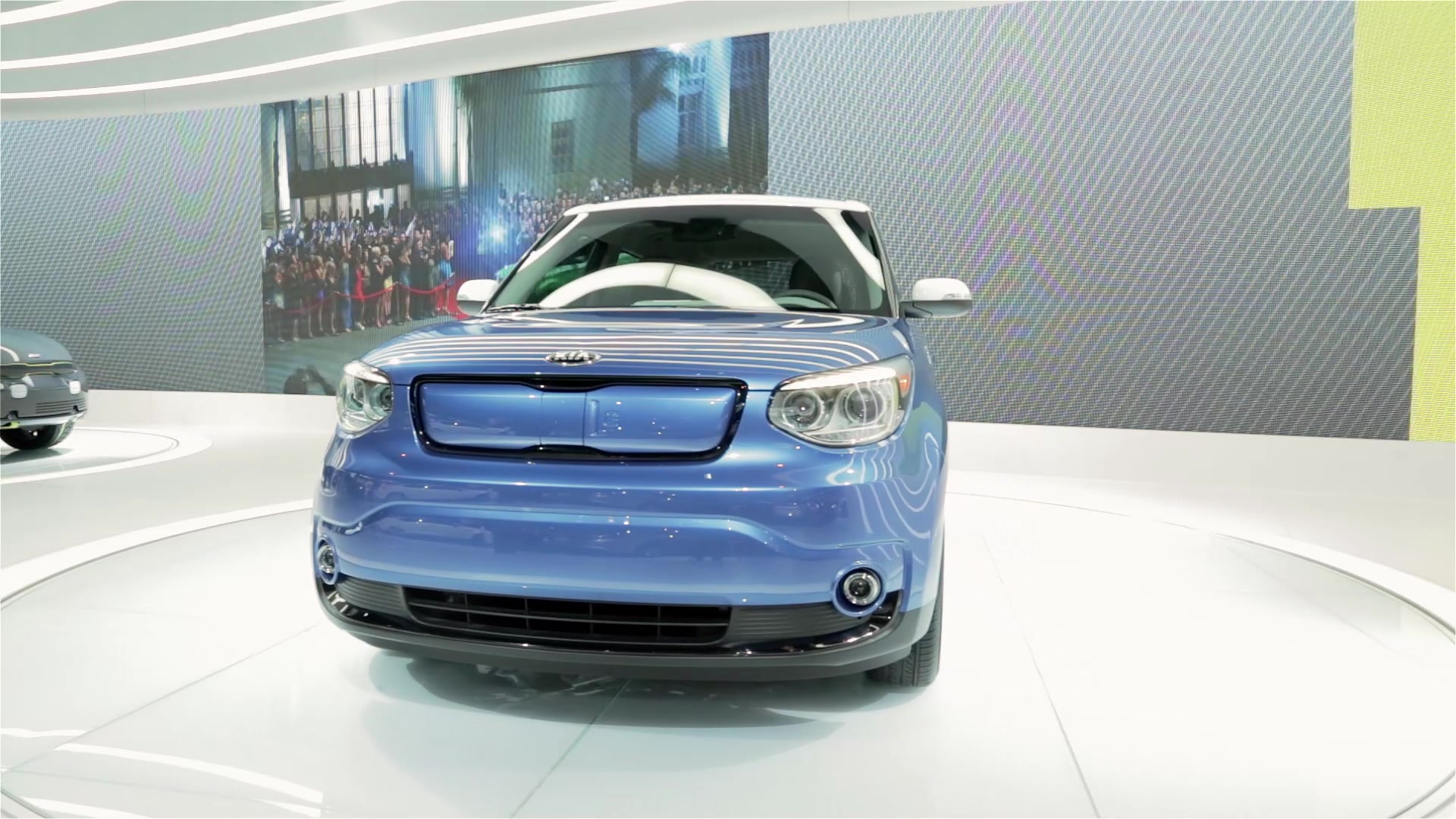