The V12 flagship finally gets light on its feet

View All Specs
Add a Review
Relentless. If we were to define Lamborghini in 2018, this is the word we'd choose. Led by the indefatigable head of research and development, Maurizio Reggiani, the engineering team at Sant'Agata Bolognese are constantly iterating current models — futzing, enhancing, testing. Give them a problem and they'll hammer away at it.

The Aventador has been one of those problems. The V12 flagship was released in 2011 and shone far more for its sharp-edged Lambo-tastic design than its sharp handling. If we were looking for a word to describe that first iteration, we'd say ... wanting.

Which brings us to the Autódromo do Estoril in Portugal on a sunny day in September. We're here to drive the new Aventador SVJ, first shown this year at Pebble Beach. It is the fourth major non-roadster model, following the SV and the S. Lamborghini promises that the SVJ is the ultimate Aventador. The fixed Aventador. Or mostly, says Reggiani.

"I'm not that arrogant to say that everything is perfect. There's always something that could be better." He shrugs, then smiles. "But our goal is to synchronize all the improvements and create something unique, something special." 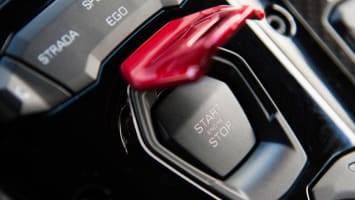 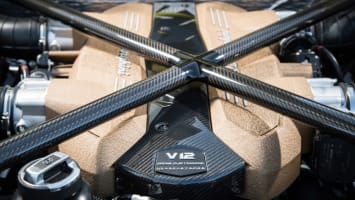 Reggiani and friends have come to the conclusion that the obvious formula of shedding weight while adding power can only take you so far. (That's what they did with the SV and it's only middling.) Hence the SVJ gets every new trick that the company has engineered as of late, including aero vectoring, rear-wheel-steer and all-wheel-drive.

And it's already netted results. The SVJ snatched the production-car 'Ring record from the Porsche 911 GT2 RS with a time of 6:44.97.

The track surface at Estoril was resurfaced only weeks ago, and oils from the asphalt are weeping out onto the surface. This has caused great consternation among the Lamborghini camp, as grip is closer to driving on glass than nice stubbly tarmac. On my first set of laps, a pro driver suggests that I leave the car in sport mode, which sends more power to the rear wheels. "Easier to turn in," he suggests, as the front wheels are having trouble gaining traction on the slick surface.

Sport is also the mode most tolerant of slip under Lambo's algorithms, so the Aventador is moving around in a highly lively manner on Estoril's long, progressive corners – despite its 3,910 pounds. Small corrections at the wheel keep things from getting too erratic. I relax into the lateral movements and let the car find its way. What's this, an Aventador that's light on its feet? Pretty fun, even if it doesn't produce the best lap times.

The next laps call for race (Corsa) mode, which takes full advantage of the ALA aero vectoring system. ALA was first used last year on the Huracan Performante, and it transformed the smaller, lighter Lamborghini into a truly terrific supercar. In short, it is an active aero system that selectively channels air to a fixed rear wing. Wings produce drag, which is not advantageous on a straightaway. Lamborghini came up with a way to stall the wing using turbulent air, negating its downforce. Under braking, the downforce returns. 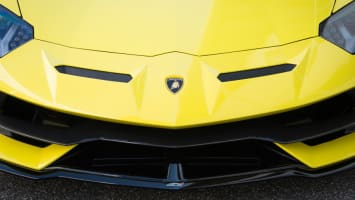 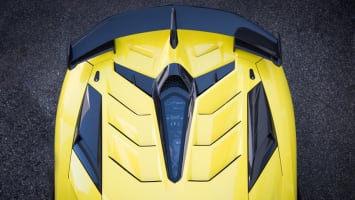 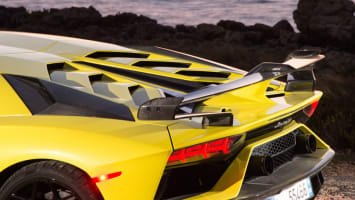 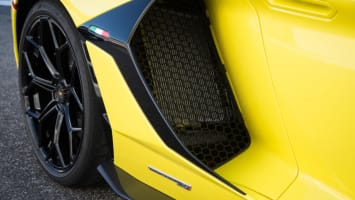 Engineers even figured out a way to stall one half of the wing while cornering, giving the inside wheel more sticking power. This helps the car to turn with less steering angle. The SVJ has a second-generation ALA system that's 20 percent more effective than the Performante's.

Does it actually work? My first couple of turns in Corsa are disastrous, until I correct my line for the effects of the active aero. I'm briefly aware of all the components fighting furiously to keep me moving in my intended direction. Traction control, active aero, and the rear-wheel steer, in which the rear Pirelli P Zero Corsas shift in parallel or out of phase depending on stabilization or cornering needs.

Then I forget about it all. The SVJ's electronic brain has it handled, synchronizing the systems quickly enough that they don't feel one step behind the driver's inputs. I'm getting the reactions I want. Understeer has always been a Lamborghini problem. I don't know how many times I've overcooked a corner in a Lambo and forced myself to wait those wrenching milliseconds — or even seconds — to stay off the gas after the apex so the front tires could get back in shape and I could add power toward the exit.

The SVJ is still too heavy to throw yourself into corners with utter abandon; but even when you do come in too hot, you need only to back off throttle to tuck the nose back in. The front tires are more under your control, connected talkatively to the accelerator. A dab of gas or a light lift of the accelerator influences the behavior as you arc toward the apex. And you're able to pick up the throttle again sooner.

It isn't always pretty — often enough those front tires are squawking as they slide on the new track surface. But the car never just gives up on you like the Aventador of old.

You might ask yourself why you'd choose the SVJ over the Performante. Perhaps it's important that you own the flagship. Perhaps spending more than a half million dollars is a badge of honor. Or maybe you just prefer the alien spaceship look of the thing. 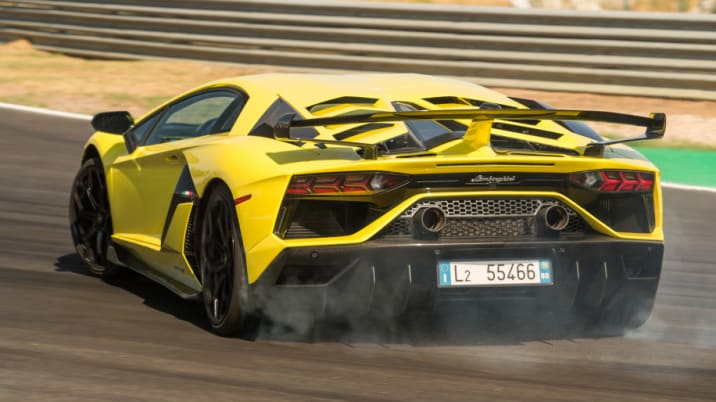 For us, the reason would be the sound of the V12. The SVJ gets an all-new compact exhaust system. Like many components it is lighter than the outgoing piping, but most importantly Lamborghini's engineers retuned the harmonics.

The afternoon before the drive, I was taking a run in the nearby woods, wearing headphones. Through the sound of the music I kept hearing a zooming sound, like jet fighters out on a strafing run. I took out the ear buds and — yes! — it was the sound of SVJs streaking around the track, miles away, filtering through the woods.

That sound is a GT3 race car married to a Learjet crossed with a Valkyrie warrior screaming at her husband. At full flog it's loud enough to make you wince and eradicate all conversation. It is the sound of a non-turbo V12 doing exactly what it's made for.

That sound is getting more and more rare from new cars, and perhaps we may never hear it again. Even for that reason alone, this vastly improved, mostly fixed Aventador is worth its weight in carbon fiber. 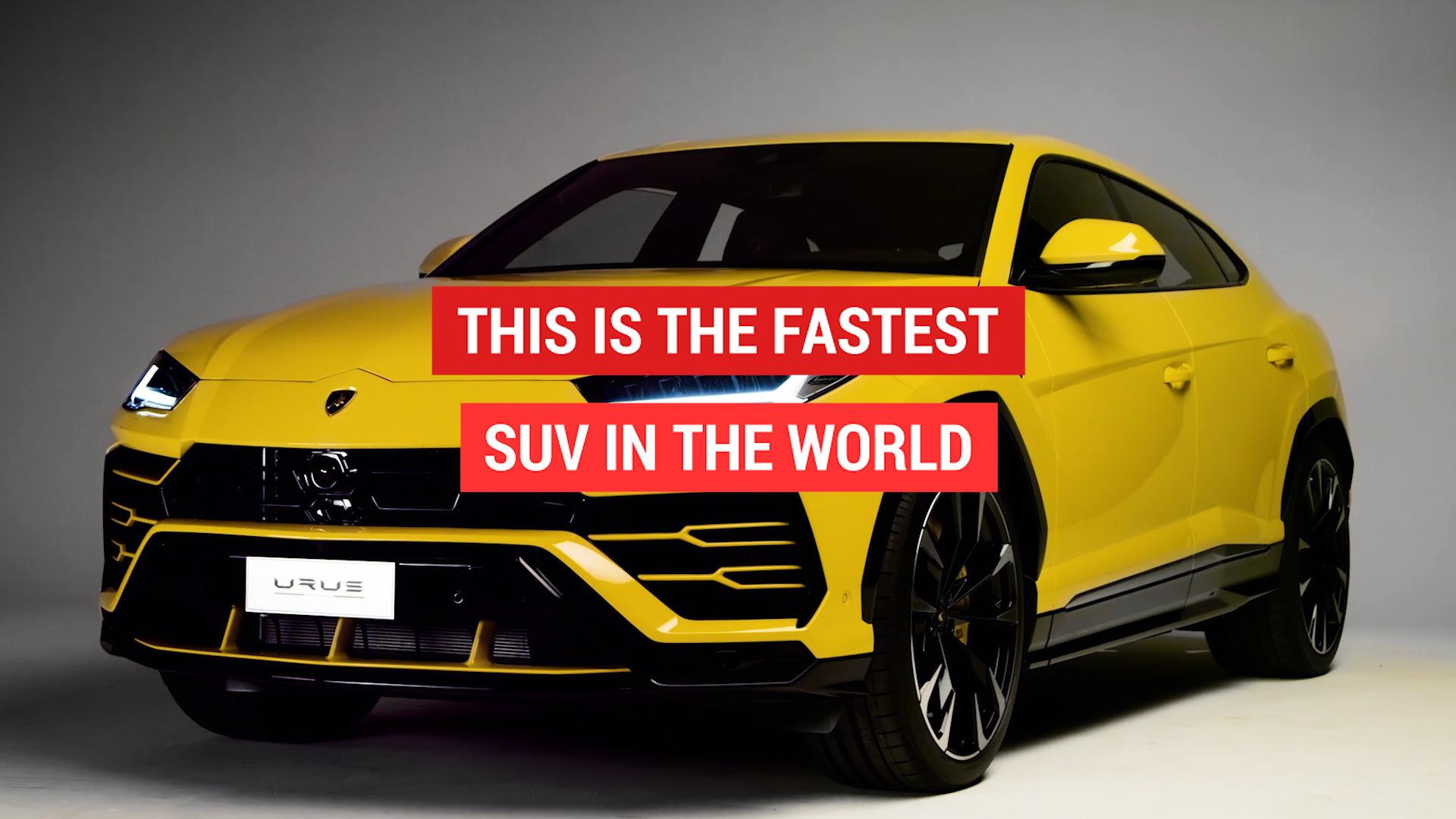